SeaWiFS Land and Ocean Views on a Globe

Visualizations by Stuart A. Snodgrass Released on March 12, 2001
Download
The SeaWiFS instrument looks at the world oceans and land to observe the plant life and phytoplankton, in this sphere projection you can see the whole world pulse with life. 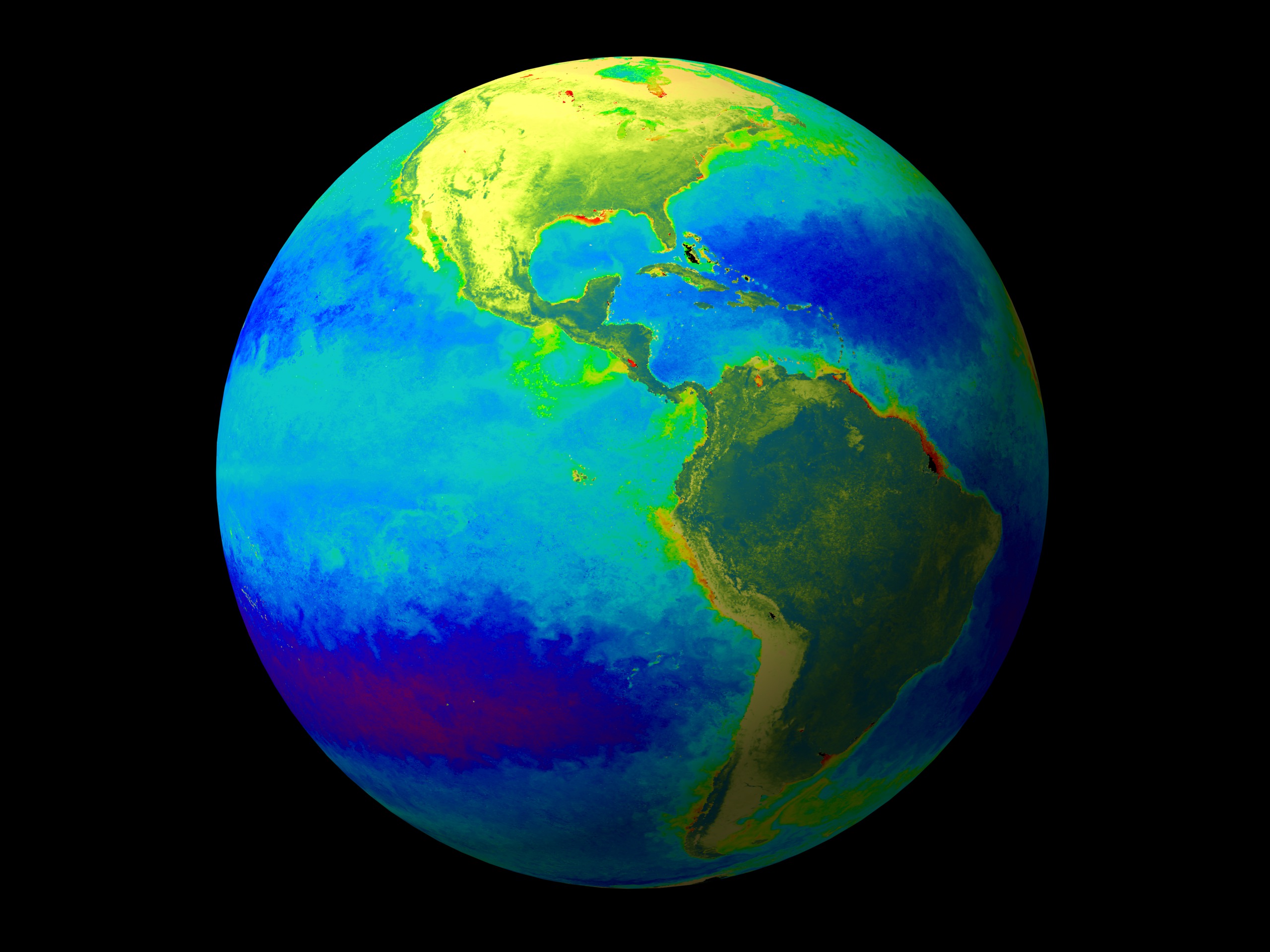 Download
The SeaWiFS instrument looks at the world oceans and land to observe the plant life and phytoplankton, in this image you can see the vast colors of life in and around the Americas. 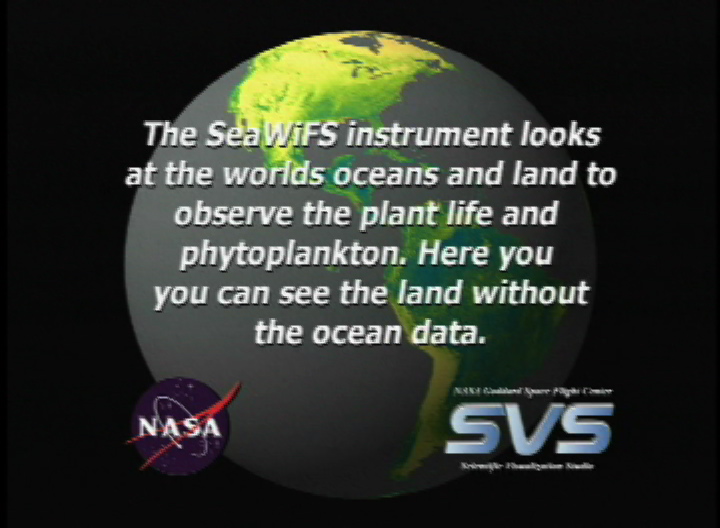 Download
Video slate image reads, "The SeaWiFS instrument looks at the worlds' oceans and land to without the ocean data."