It's the second year for the 88-South Antarctic Traverse, designed to check the accuracy of the ICESat-2 satellite, and mechanic and PistenBully expert Matt Means joined the trek on the ice sheet. 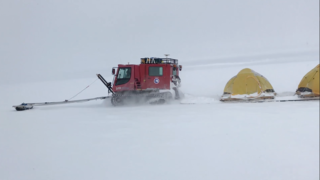