Instagram: Solar Storms May Have Been Key to Life on Earth

Released on June 10, 2016
Download Options
Energy from our young sun – 4 billion years ago -- aided in creating molecules in Earth's atmosphere that allowed it to warm up enough to incubate life. This is a text-only version of the video. 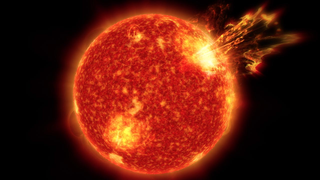