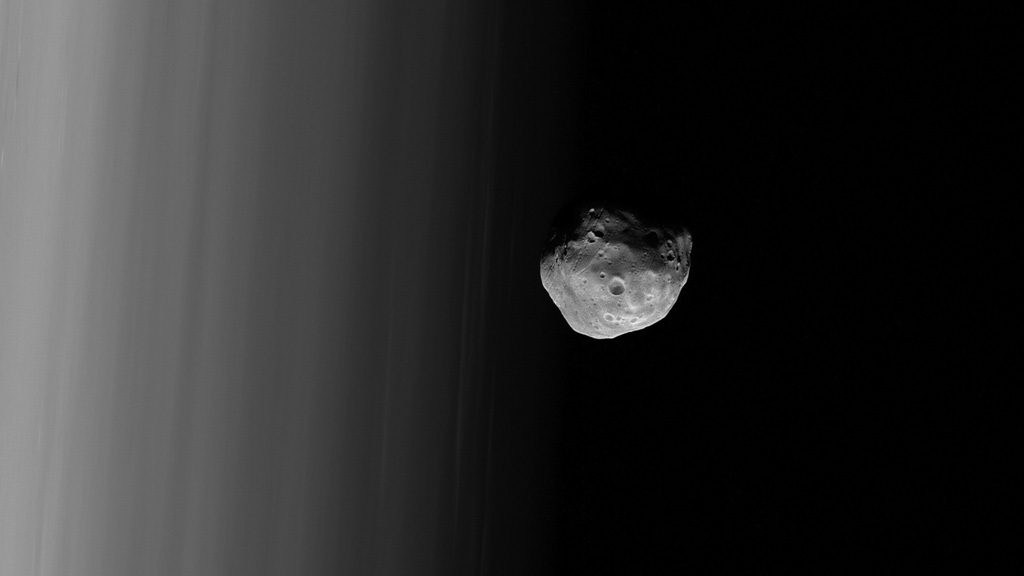 Download
Weird marks on Phobos’ surface are early signs of the end for this moon of Mars.
Download
Phobos' grooves appear as dark lines in this 3-D model created from high-resolution images of the moon's surface. 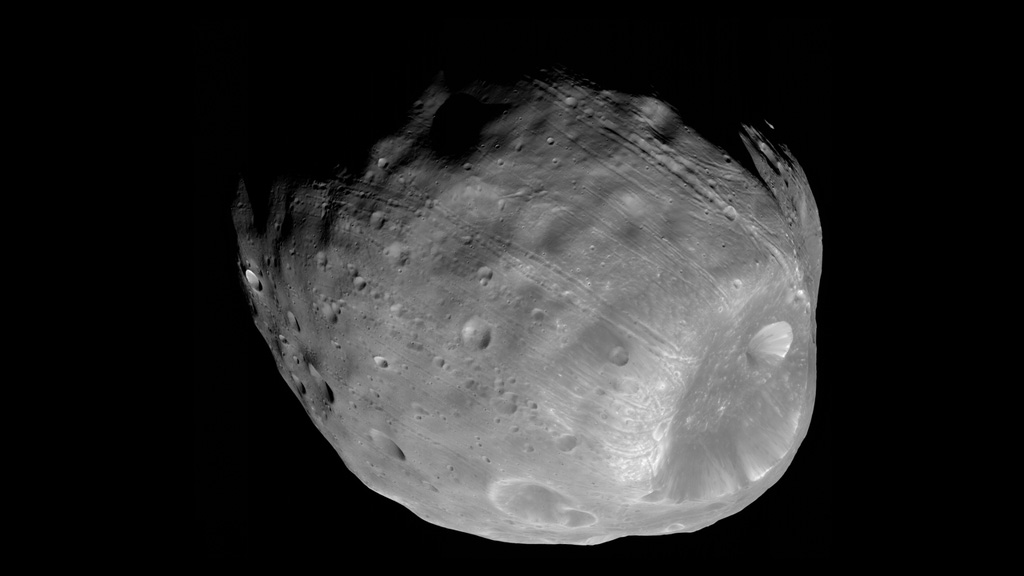 Download
Scientists initially thought the grooves were created by the massive impact that made Stickney crater (lower right). 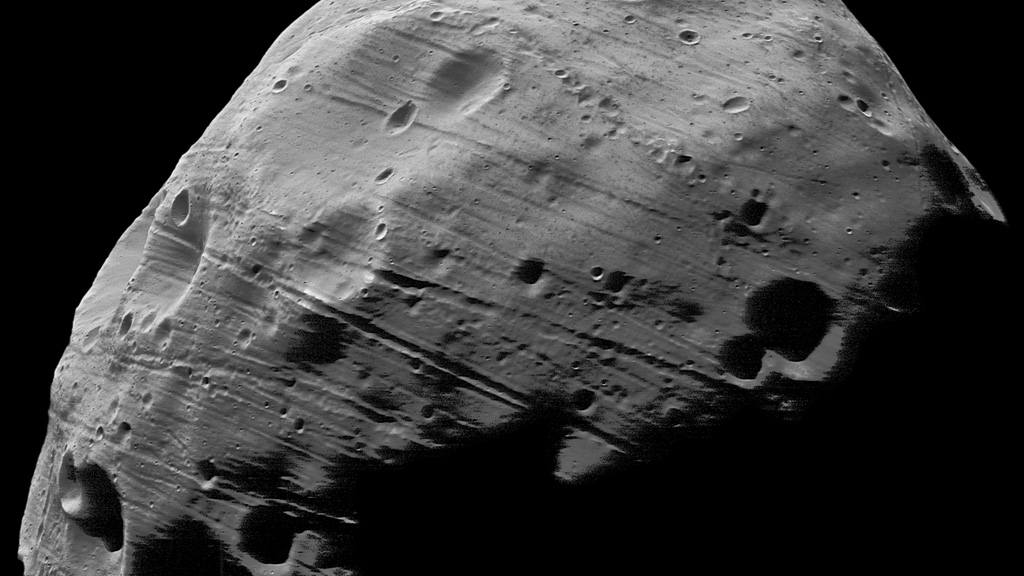 Download
Observations show that some grooves are younger than others, which would be the case if the process that creates them is ongoing. 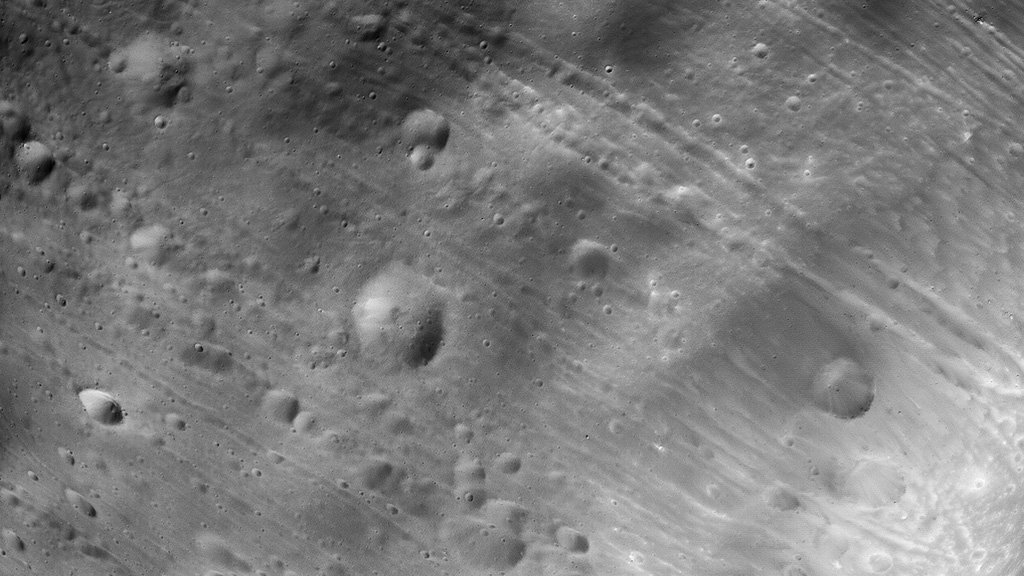 Download
Close-up images reveal the parallel nature of Phobos’ grooves. The grooves were first imaged by NASA’s Viking mission in the 1970s. 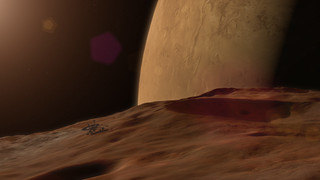