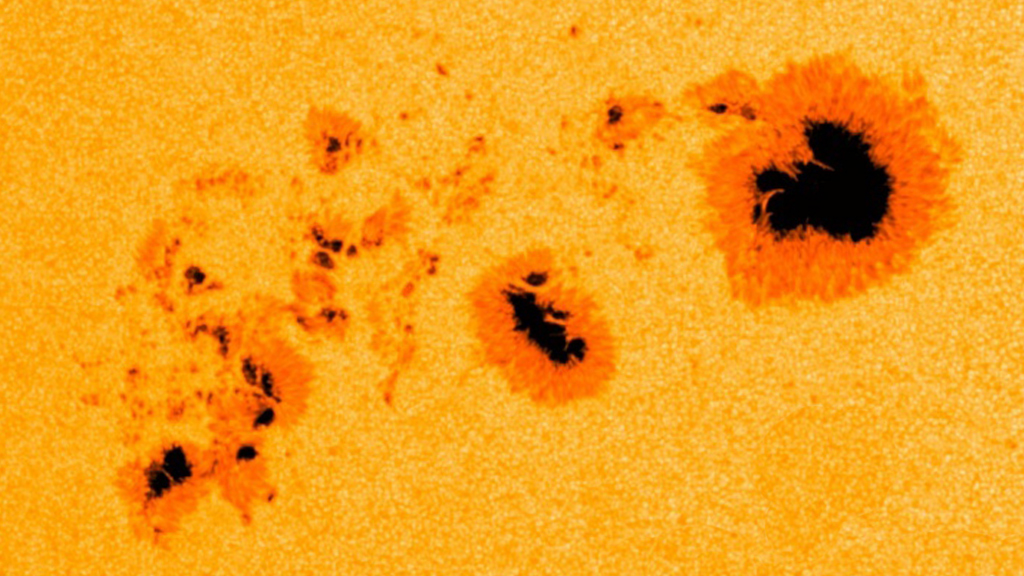 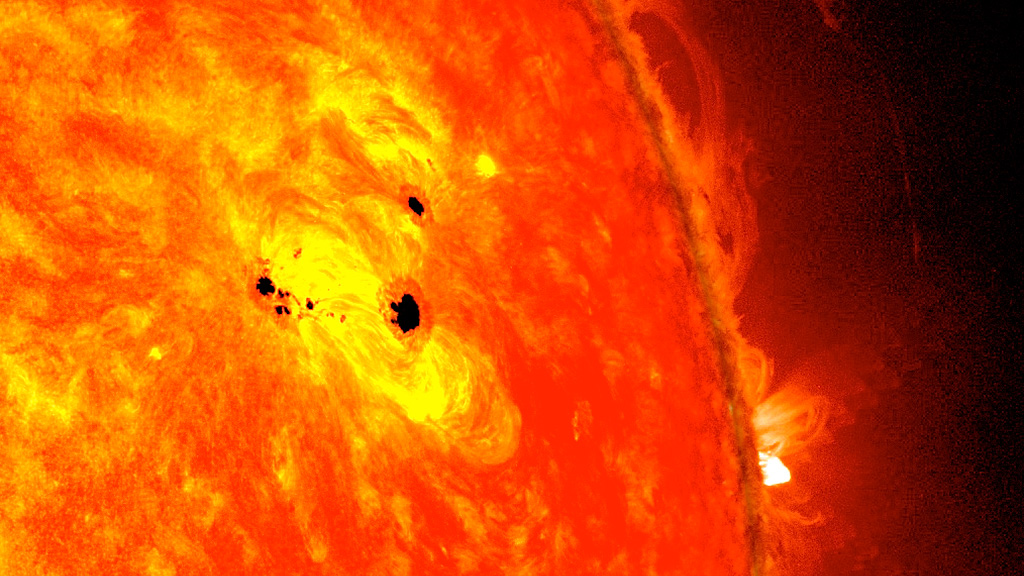 Download Options
SDO captured this image of sunspots in February 2013. The bottom two clusters appeared over the course of two days and are over six Earths across. 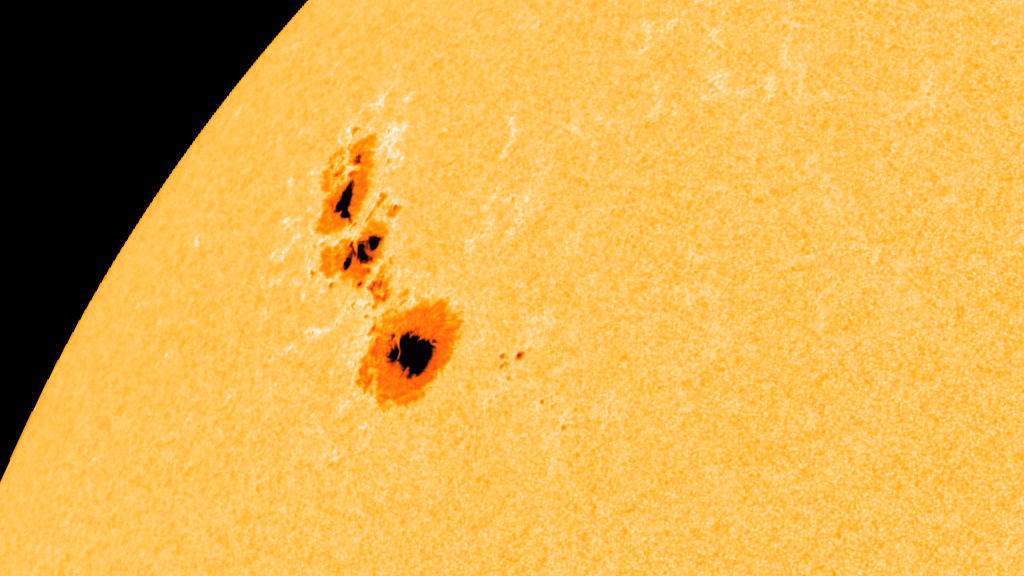 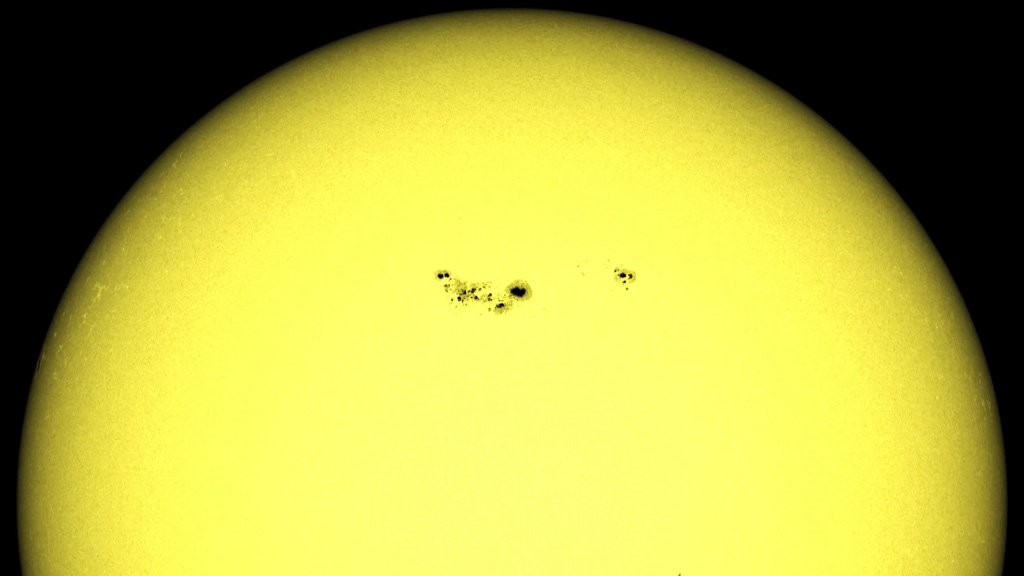 Download Options
Several major eruptions came from this growing chain of sunspots in 2011. 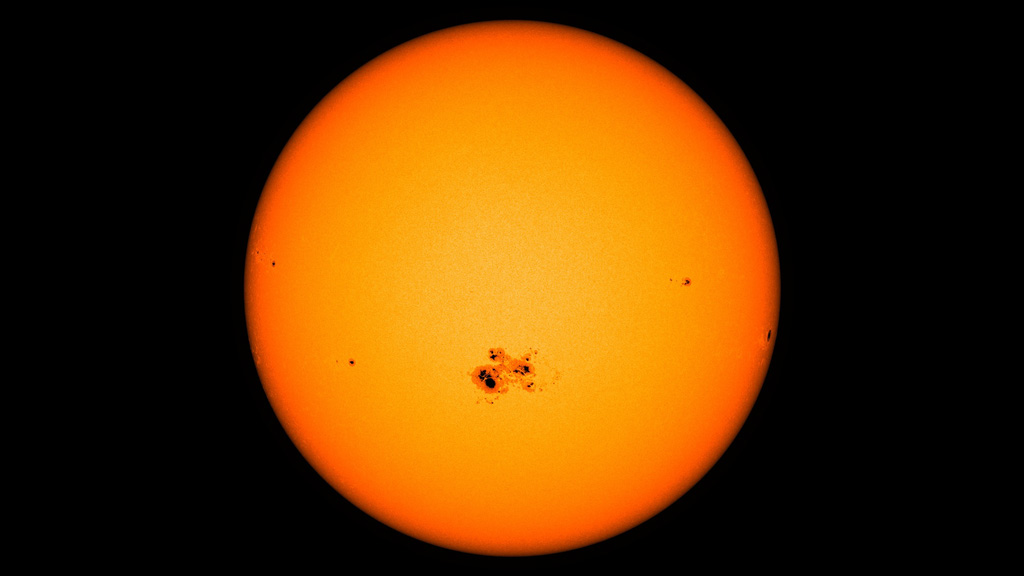 Download Options
A gigantic sunspot—almost as big as Jupiter—can be seen on the lower center of the sun in this image taken in 2014. 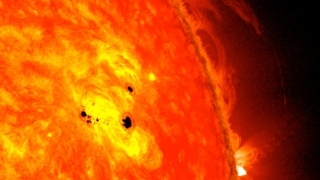