Released on April 3, 2015
Download Options
LEAD: Early risers on Saturday morning (April 4, 2015) will have a chance to see the shortest total lunar eclipse of the century.

1. The moon will turn red as it crosses the earth’s long shadow for less than five minutes.

2. Why is the moon red rather than dark if it is in the earth’s shadow?

3. Turns out the earth’s atmosphere acts as a filter and a prism.

4. Similar to a sunset, the light becomes red.

5. The earth’s atmospheric 'lens' bends this red light only slightly, which is enough to bask the 2000-mile diameter moon in red light.

6. The lunar eclipse starts at 4:58 AM Pacific Daylight Time.

TAG: Best viewing will be in the Western United States, early Saturday morning. The next total eclipse is not until September 2015. 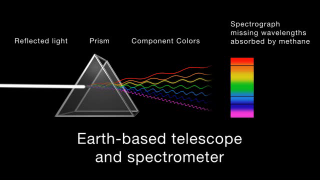