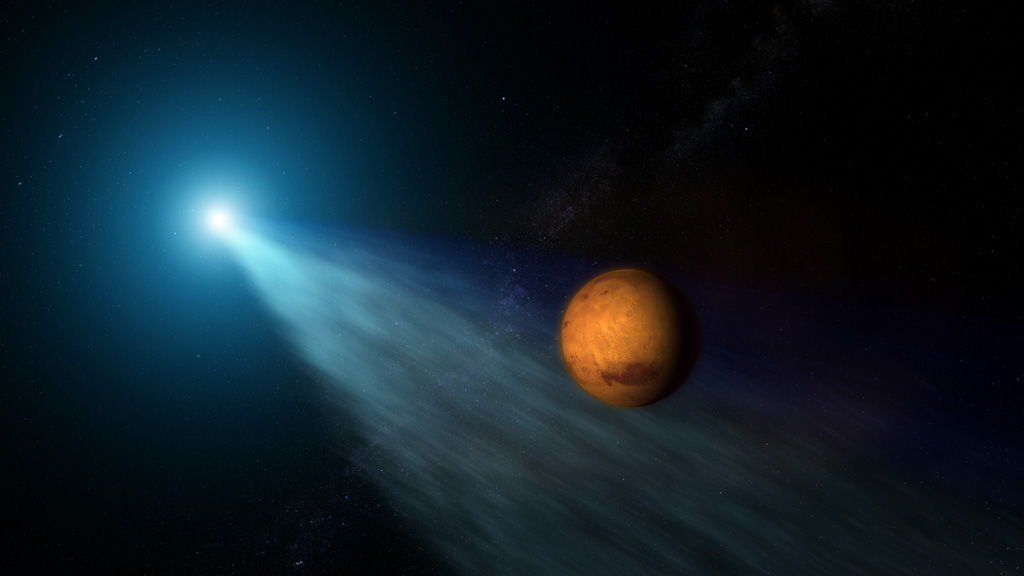 Download
An icy visitor drops by Mars.
Download
Astronomers at Australia’s Siding Spring Observatory discovered the comet in January 2013. Find out more in this video. 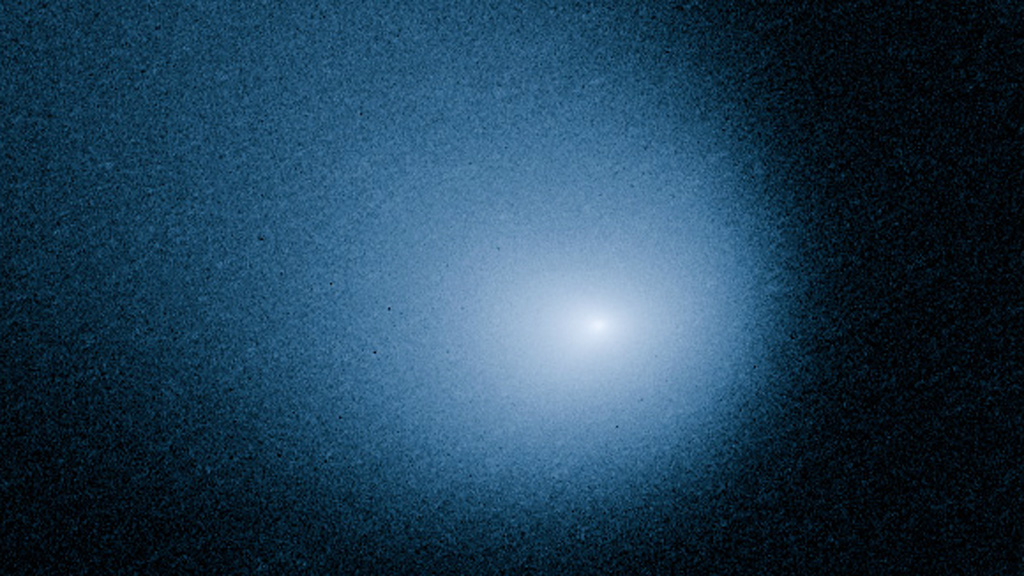 Download
This image of Comet Siding Spring was taken in March 2014. 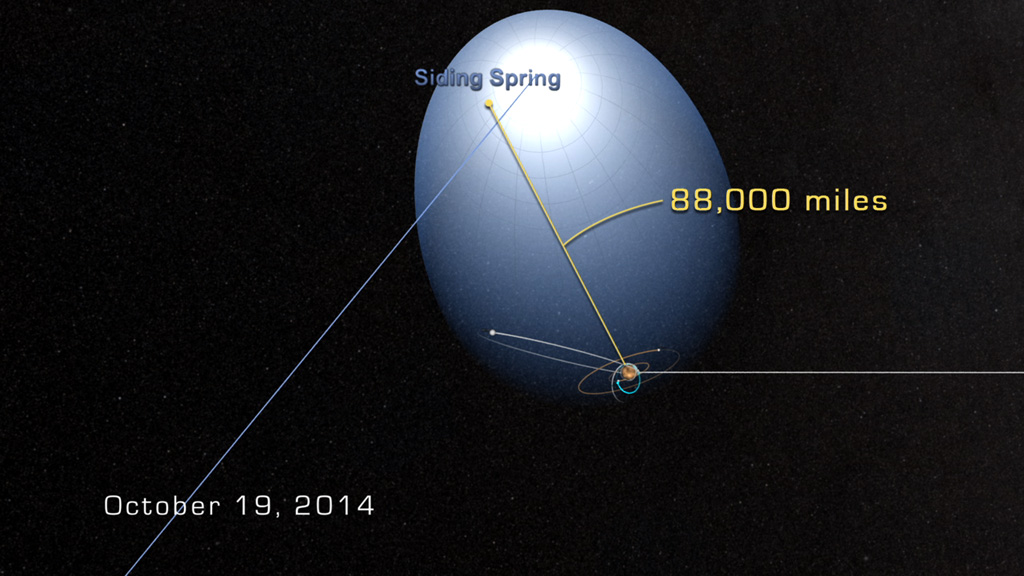 Download
This illustration shows the distance of the comet to Mars at its closest approach on October 19, 2014. 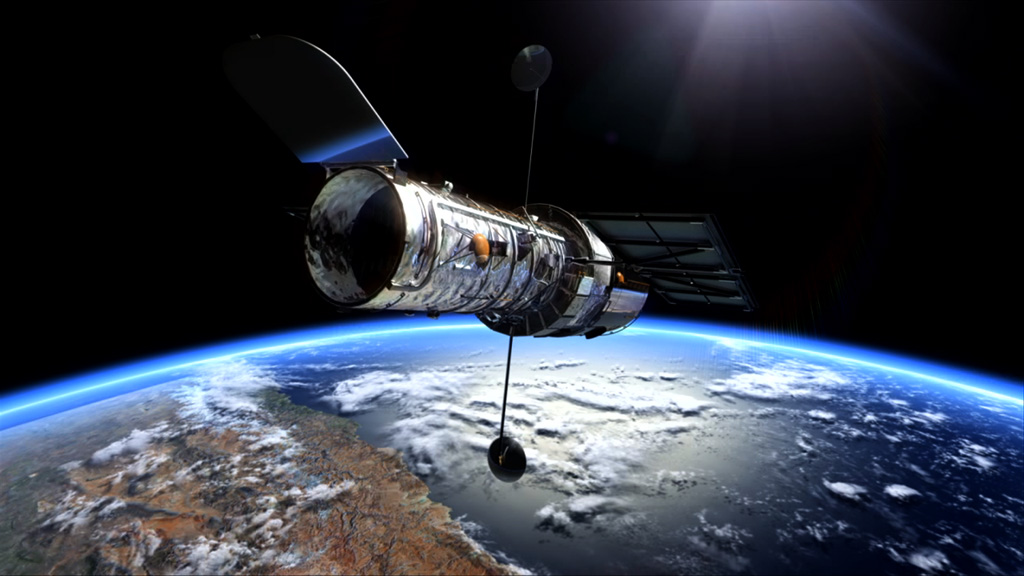 Download
Multiple NASA missions, including the Hubble Space Telescope (above), observed the comet during its Mars flyby.