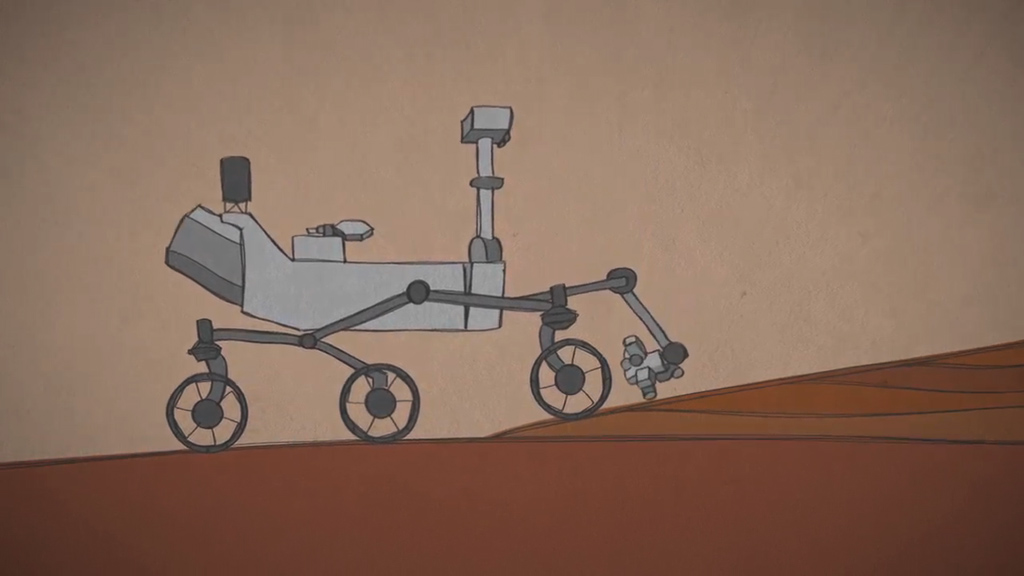 Download
Did Mars ever have what it takes to support life?
Download
Watch this narrated video to learn more about Curiosity's search for organics on Mars. 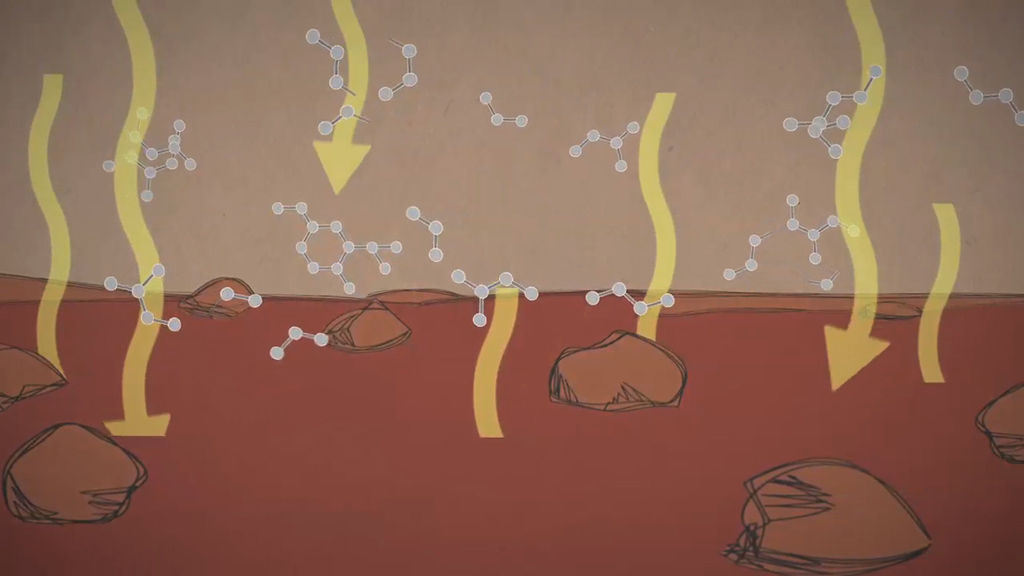 Download
Exposure to high-energy particles that enter Mars' atmosphere can cause organic compounds on the surface to break down. 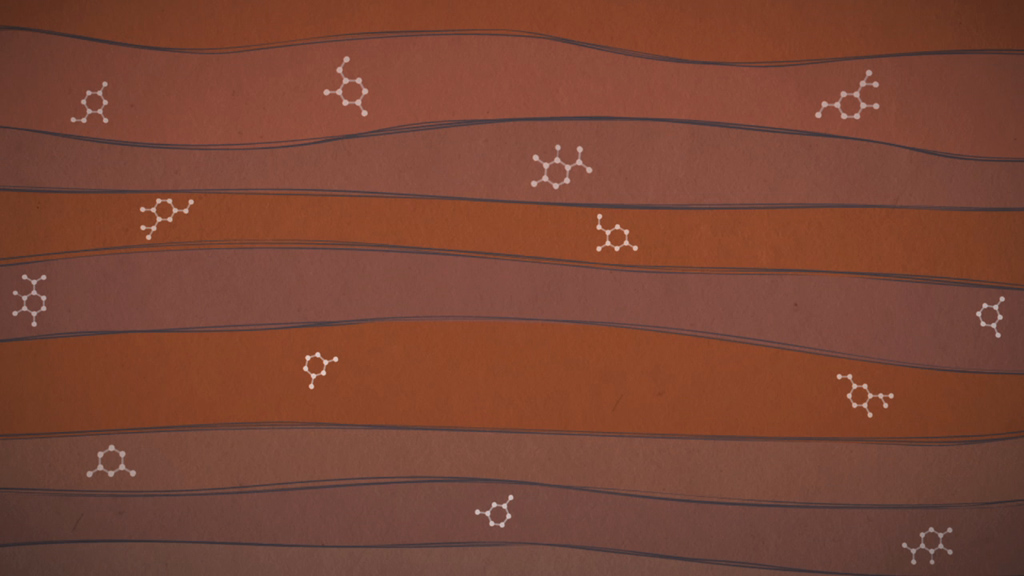 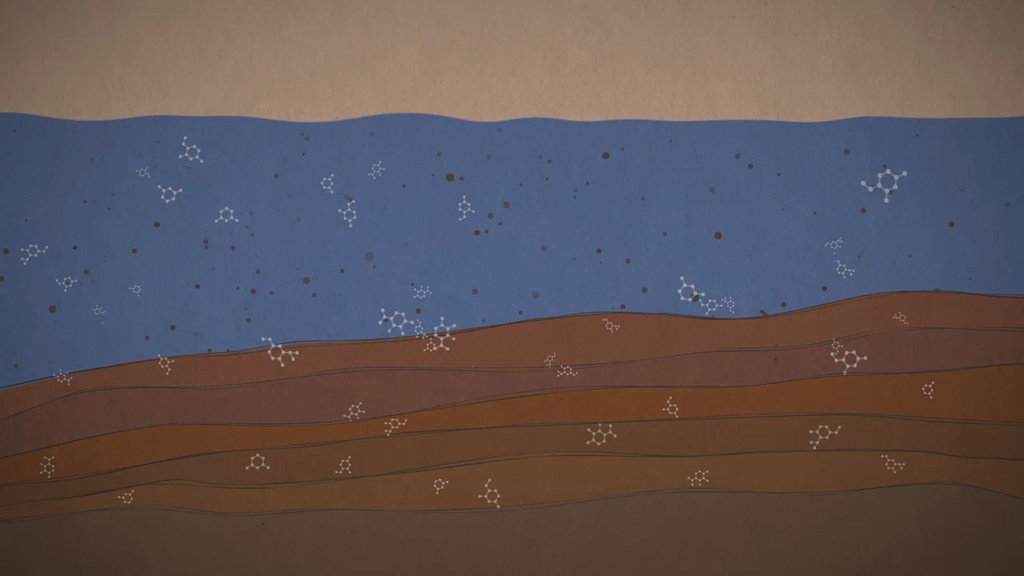 Download
Scientists believe organic compounds might have become trapped in rocks and sediment layers on Mars long ago in the presence of water.