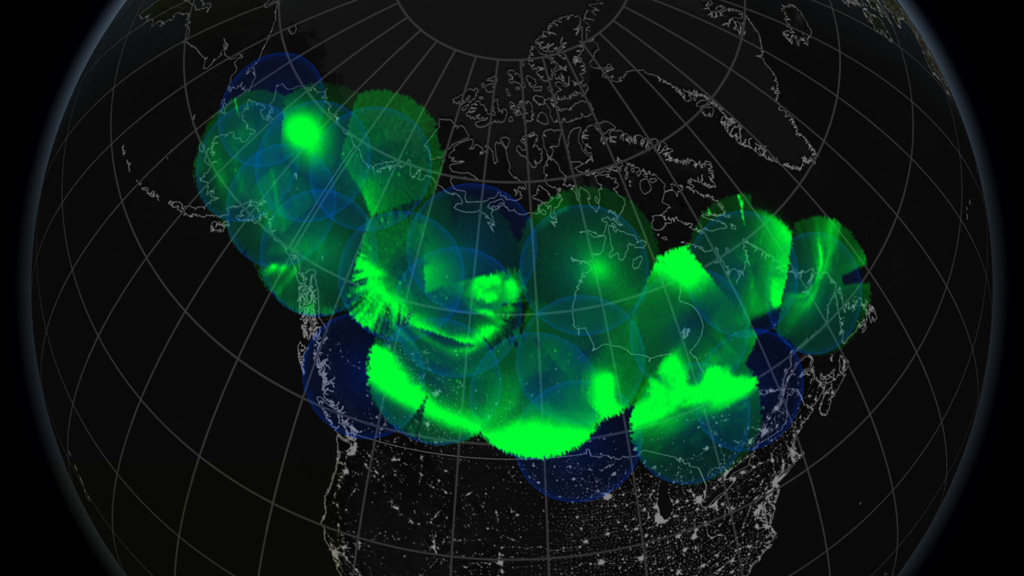 Download
Why do some auroras shimmer and dance with vibrant colors?
Download
Overlapping fields of view from ground-based sky imagers piece together erupting aurora during a night in February 2008. 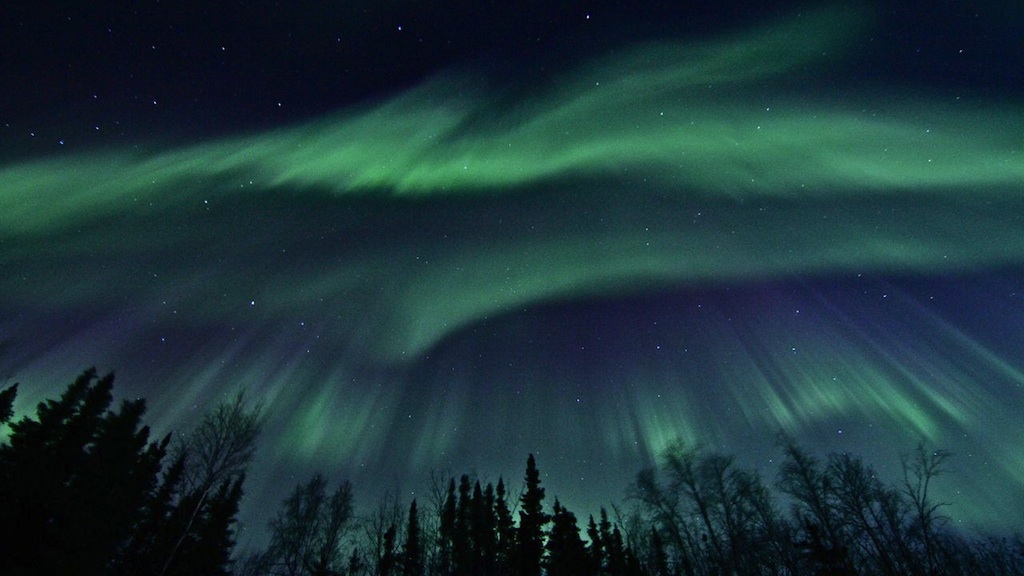 Download
Most auroras, such as this arc of light observed in Alaska, glow with a greenish color. 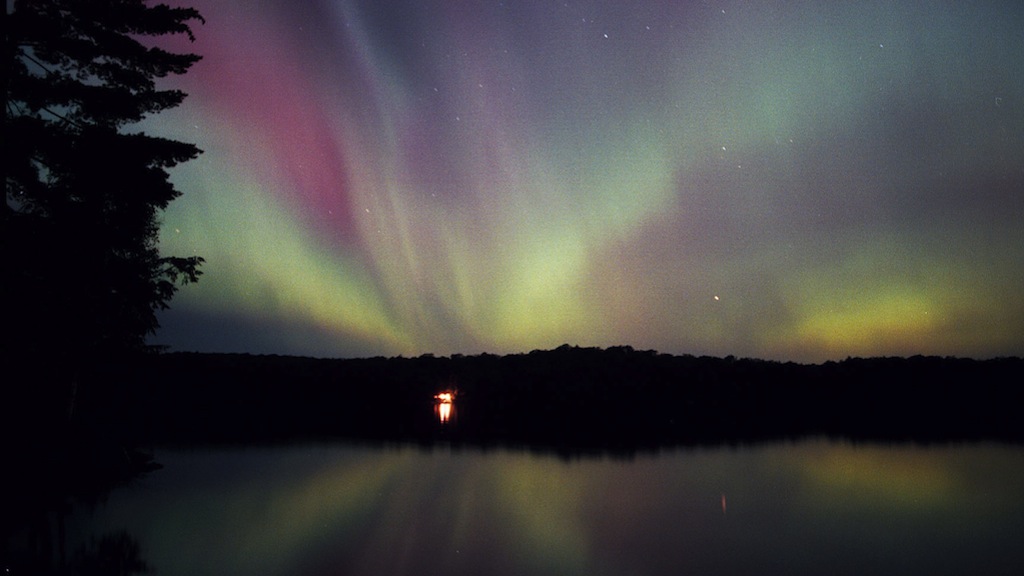 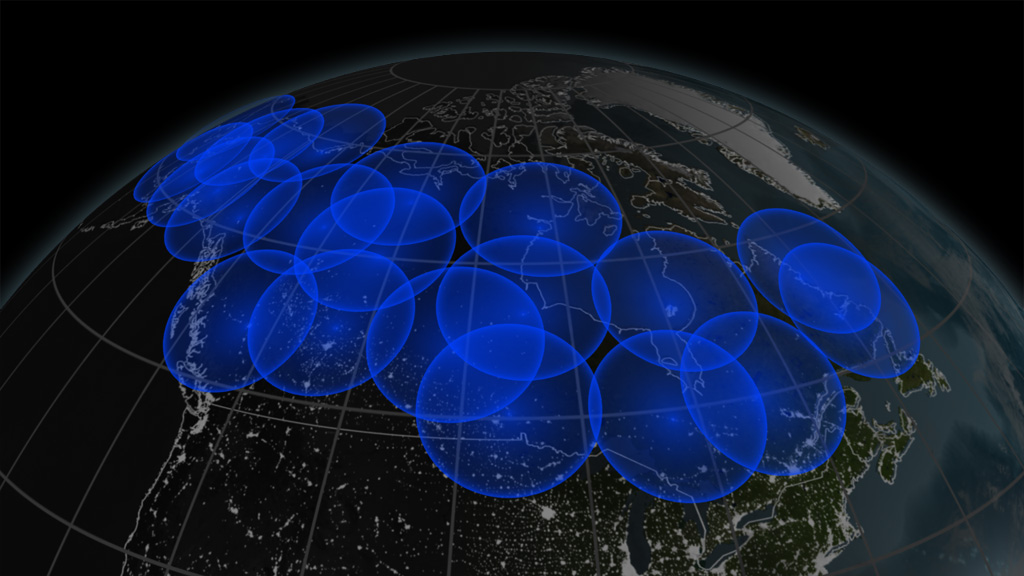 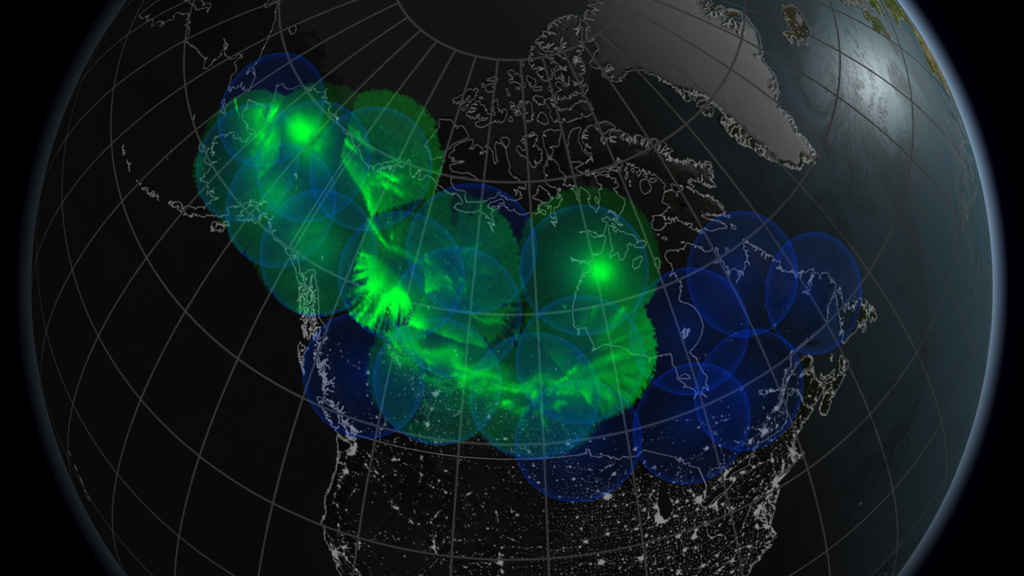 Download
The cameras require dark areas free of obstructions, but as seen by streaks in the seventh circle to the left, sometimes trees get in the way.
Download
THEMIS satellites and ground sensors helped prove solar wind merging with magnetic field lines can spur colorful eruptions. 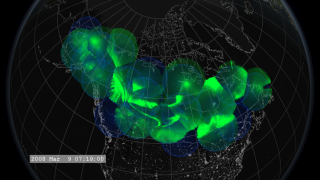 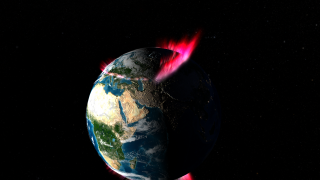