Visualizations by Trent L. Schindler Released on August 30, 2011
Download
Animation of Teleconnection Between Russia and Pakistan
This video is also available on our YouTube channel. 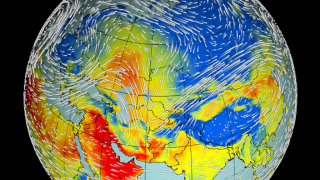 Data Used:
Aqua/AIRS
Aqua/MODIS
Terra/MODIS
TRMM and DMSP/SSM/I and TMI/3B4XRT
MERRA
Note: While we identify the data sets used in these visualizations, we do not store any further details nor the data sets themselves on our site.

This item is part of these series:
Fires
Floods