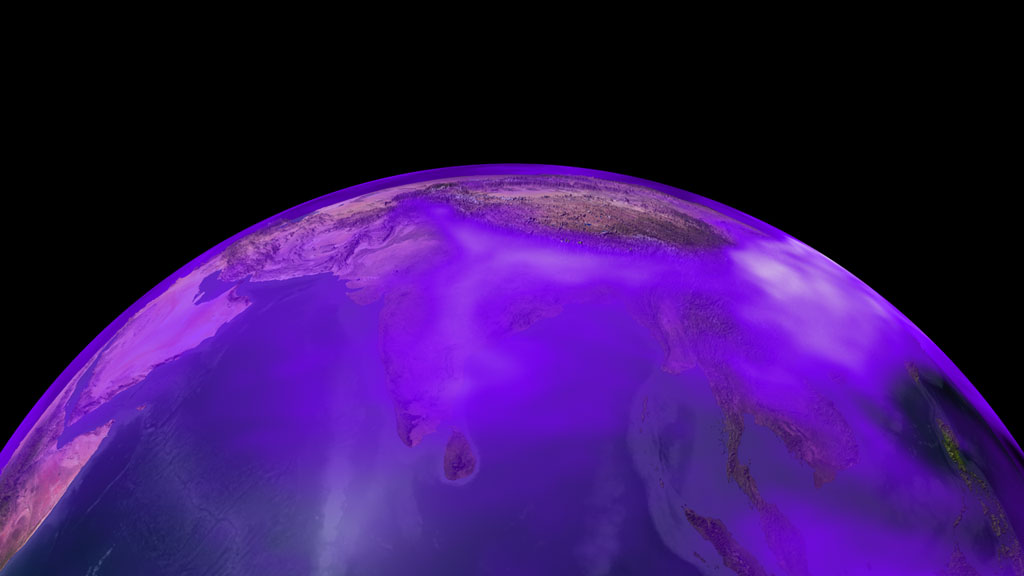 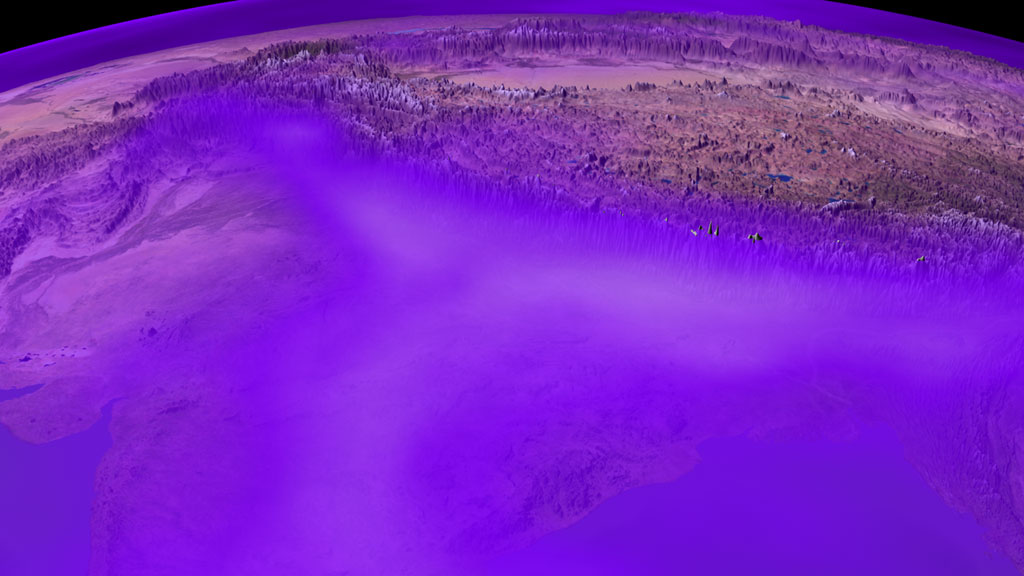 Download Options
A snapshot from the model highlights what a strong barrier to airflow the Himalayas represent. 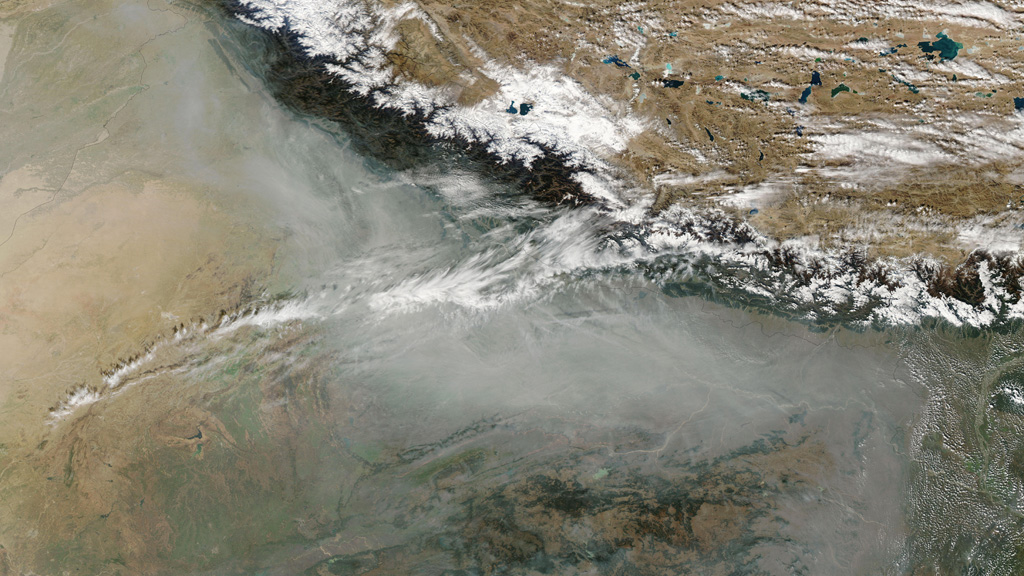 Download Options
A NASA satellite image provides a true-color look at the same phenomenon. The mountains keep haze fenced in to the southwest. 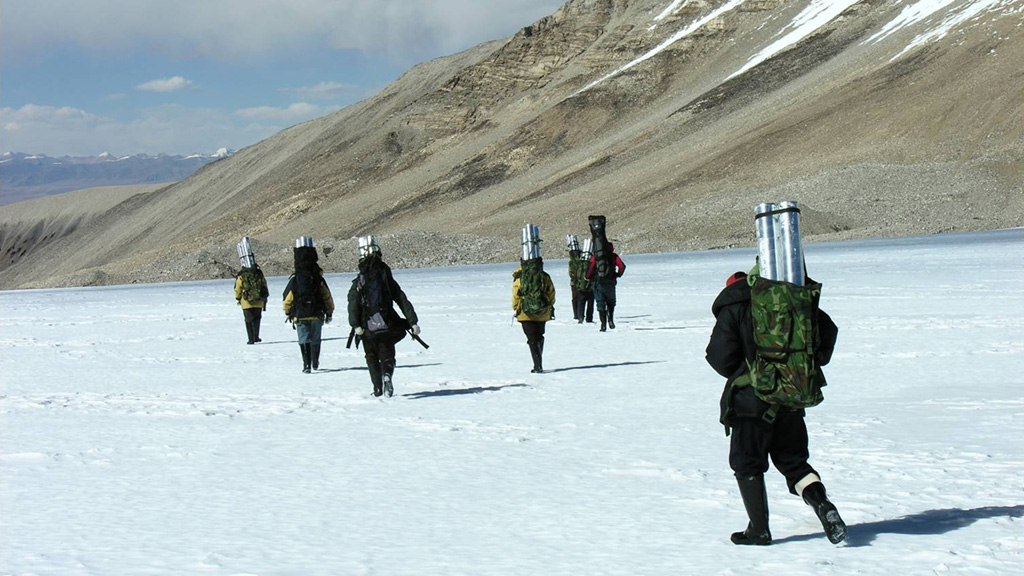 Download Options
Visualizations can't do it all. Here, scientists trek into the Himalayas to collect ice cores that contain soot layers dating back to the 1950s. 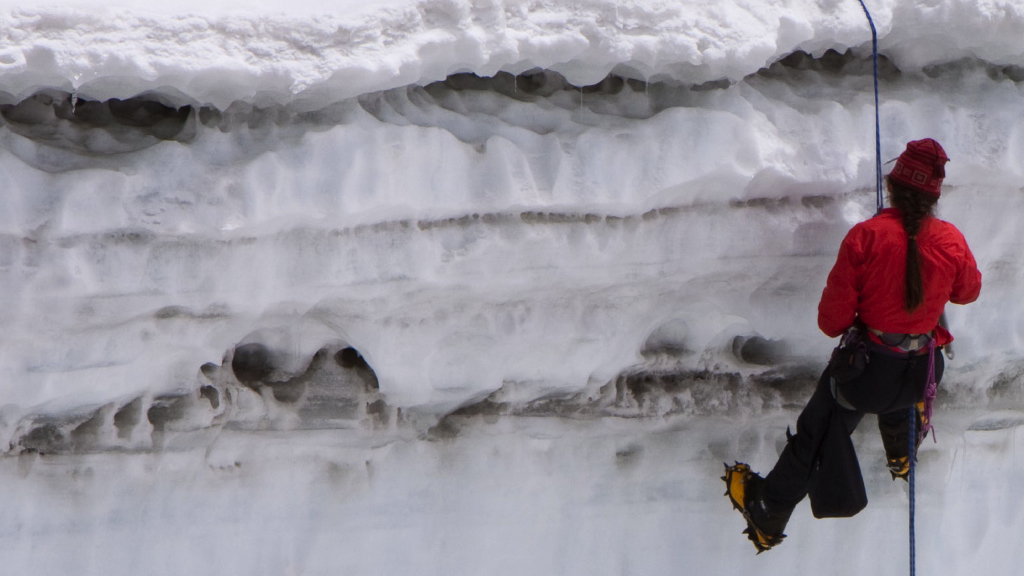 Download Options
Dark layers, comprised mainly of black carbon and dust, are clearly visible as a scientist explores a crevasse on Mera glacier in Nepal. 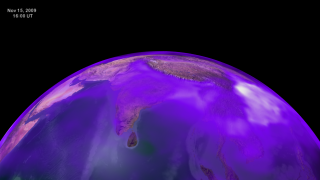