Released on November 21, 2014
Download
LEAD: NASA scientists have a new super HD view of how the carbon dioxide in the air moves around the world with the winds.

3. During late autumn to winter the bright reds show the three major sources of fossil fuel burning: the eastern U.S., Europe and China. The winds blow much of the CO2 towards the North Pole.

TAG: Ultra-high-resolution models such as this will help scientists better project future climate. 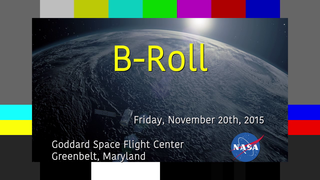