Visualizations by Tom Bridgman Released on November 30, 2018
Download Options
As the CMEs and SIRs move through the solar system, we include graphs of particle fluxes measured at Earth, Mars, and STEREO-A. 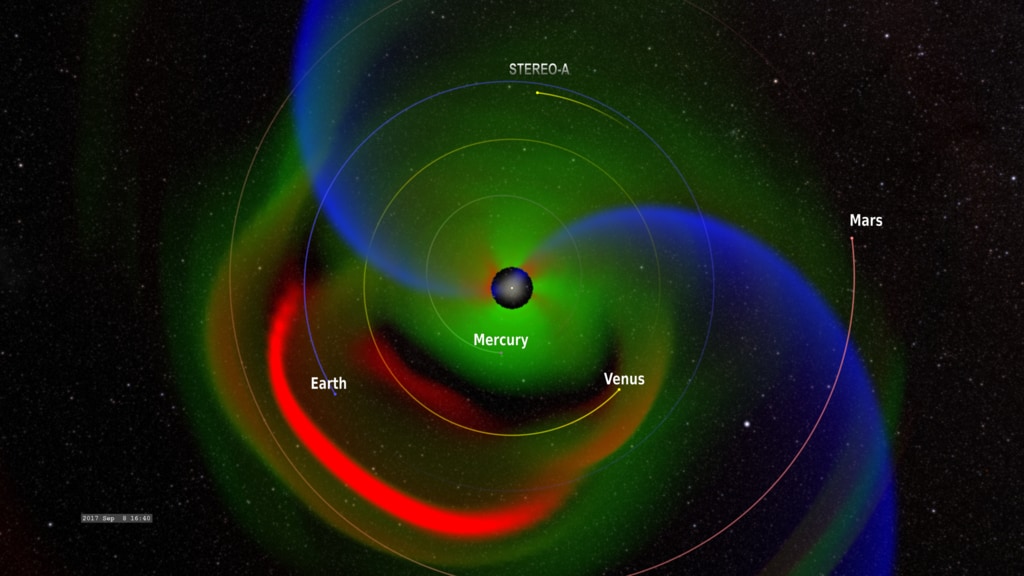 
Science Paper:
Modeling the Evolution and Propagation of 10 September 2017 CMEs and SEPs Arriving at Mars Constrained by Remote Sensing and In Situ Measurement

Observed Data - NOAA - 2017/09/10 - 2017/09/17
view all stories where this data set is used
Note: While we identify the data sets used in these visualizations, we do not store any further details nor the data sets themselves on our site.