Visualizations by Cheng Zhang Released on October 27, 2017
Download
Soil Moisture Anomaly data in Southern Africa from May 2015 to April 2016.

Download
The color bar for Soil Moisture Anomaly: reds are areas of lower than normal soil moisture, blues are higher than normal, and greens are normal.
Download
NDVI anomaly data set in Southern Africa from May 2015 to April 2016.

Download
The color bar for NDVI anomaly data set: browns are areas of lower than normal vegetation, greens are higher than normal, and grays are normal. 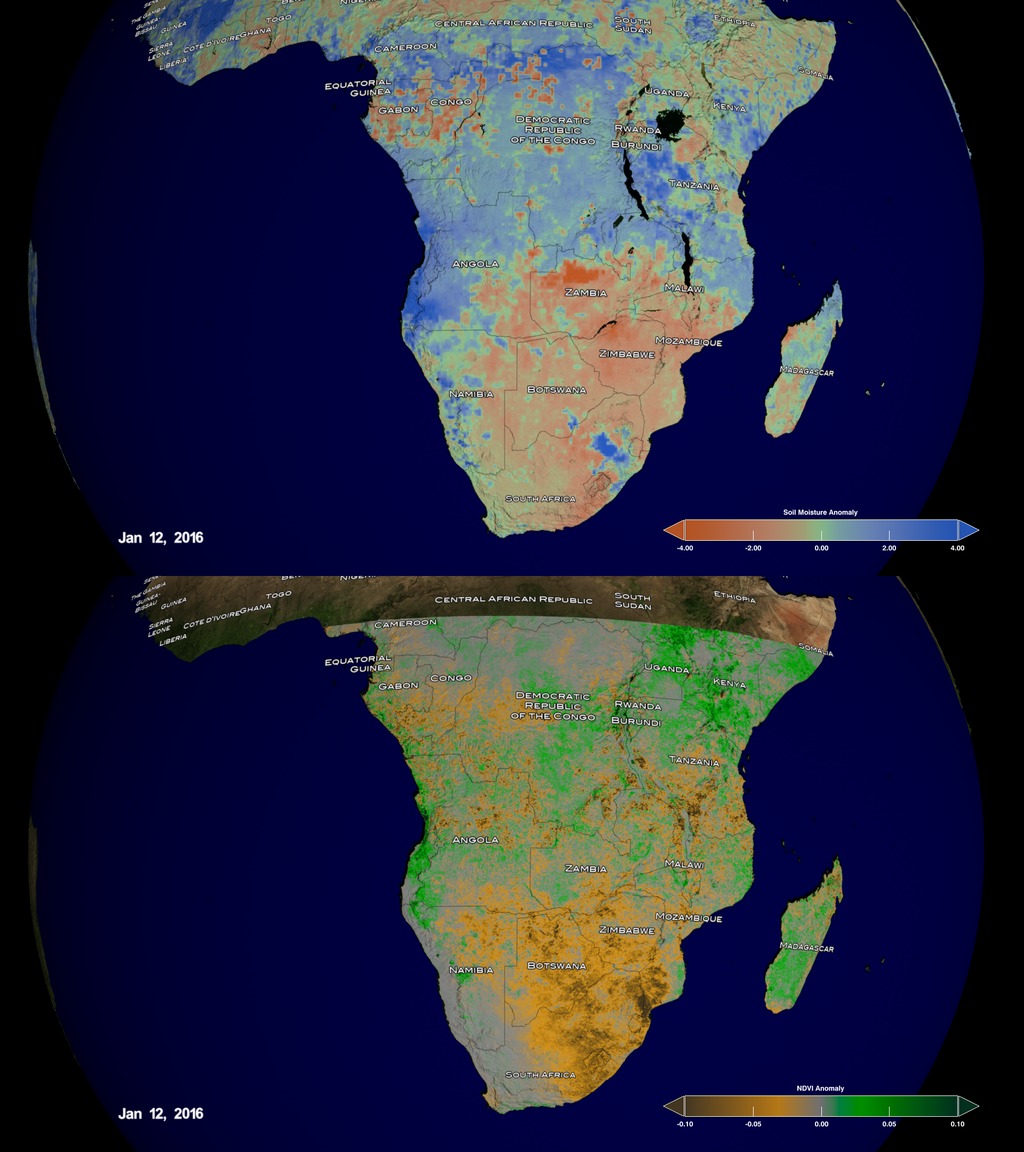 Download
The snapshots of soil moisture anomaly data (top) and NDVI anomaly data (bottom) at the peak of the drought in January 2016 show the positive correlation between the two data sets.

Data Used:
GTOPO30 Topography and Bathymetry
Terra and Aqua/MODIS/Blue Marble: Next Generation
Terra and Aqua/MODIS/Normalized Difference Vegetation Index (NDVI)
Surface Soil Moisture corrected with SMOS imagery and assimilated by the Ensemble Kalman Filter
Note: While we identify the data sets used in these visualizations, we do not store any further details nor the data sets themselves on our site.