Visualizations by Cindy Starr Released on May 30, 2017 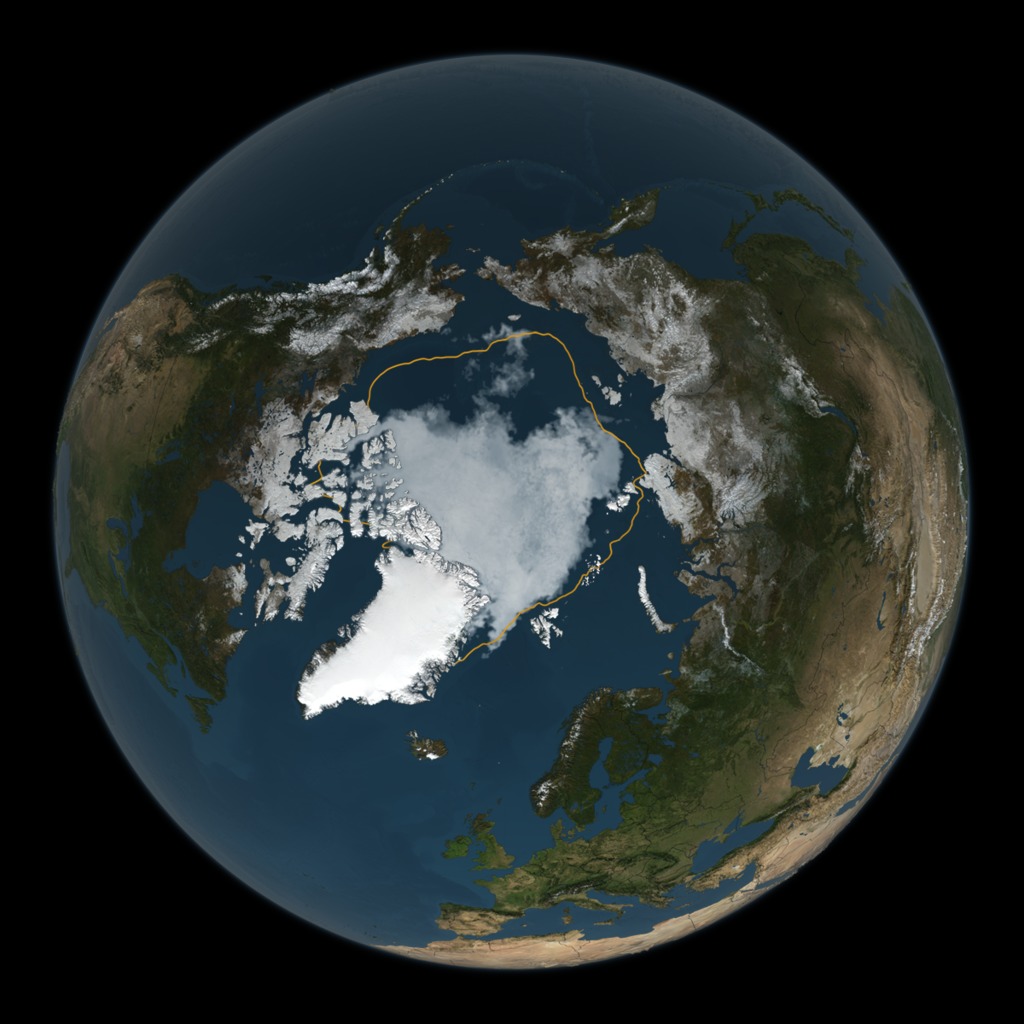 Download Options
An image of the Arctic sea ice on September 6, 2016 with the 30-year average minimum extent indicated by a yellow line.