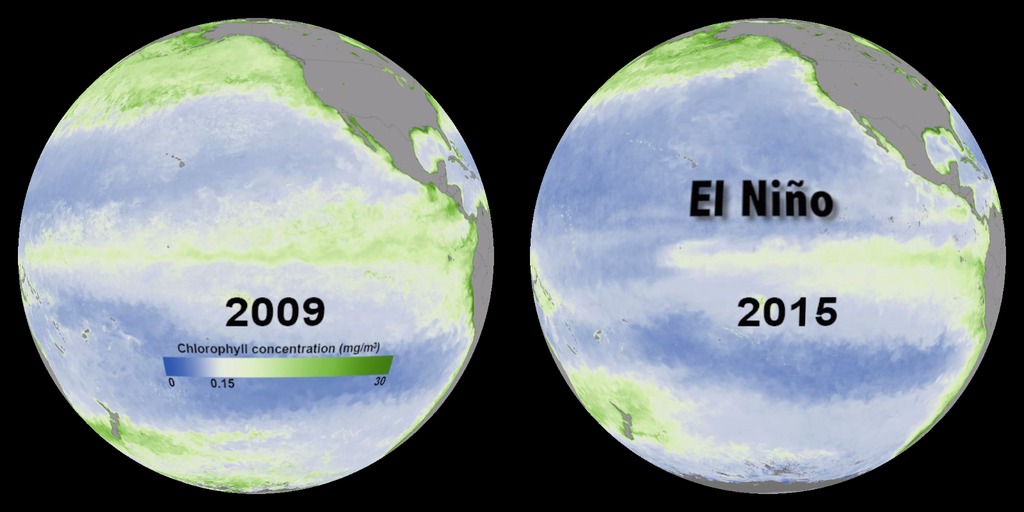 Download Options
The MODIS instrument on the Aqua satellite has been monitoring the color of the ocean's reflected light since 2002 to determine where plant life is photosynthesizing. A normal year (left) is compared to the El Niño developing during September, 2015 (right). (Source: http://climatebits.org) 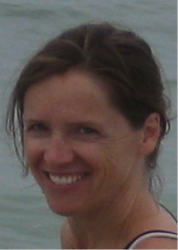 Download Options
Dr. Stephanie Schollaert Uz earned her PhD from the Atmospheric and Oceanic Sciences Department at the University of Maryland and her MS in physical oceanography from the University of Rhode Island. Her research focuses on the impact of physical forcing on biology in the ocean. When she’s not working, Stephanie loves to spend time outside with her family and friends: gardening, running, biking and visiting the ocean.