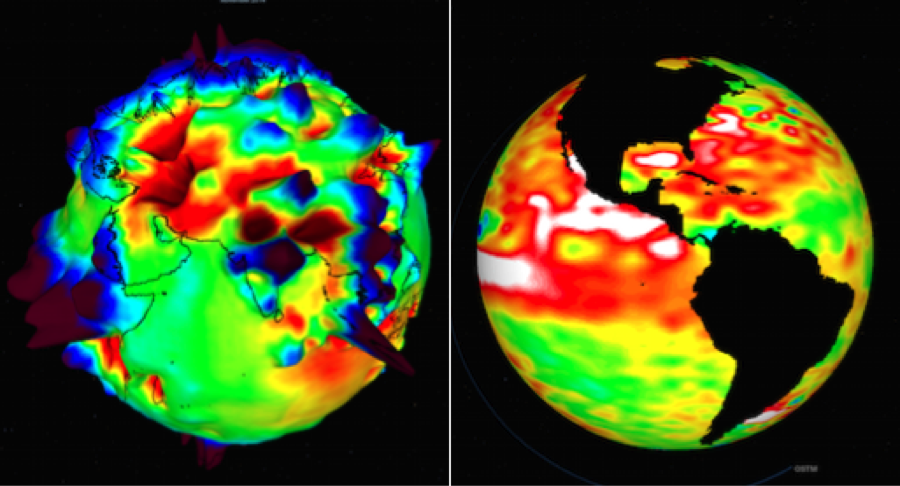 Download Options
Two images from Eyes on the Earth: Gravity field is on the left, sea level is on the right. The user can rotate the planet to any desired location, zoom in and out, see NASA's entire fleet of Earth-observing satellites, set the speed with which time passes and select many different kinds of displays.

Download Options
This image, from January 1979, is the very first global map of the air temperature at Earth's surface that was based on data from a satellite. 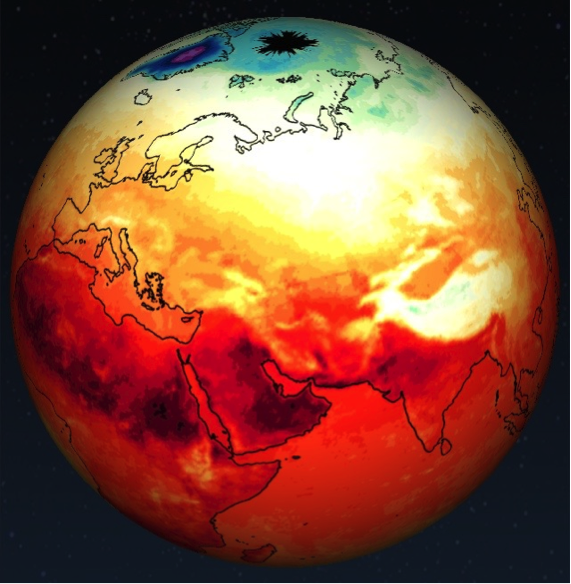 Download Options
Air temperature at Earth's surface as viewed on NASA's Eyes on the Earth app on October 5, 2015. Users can rotate the planet to see the temperature anywhere on the planet. 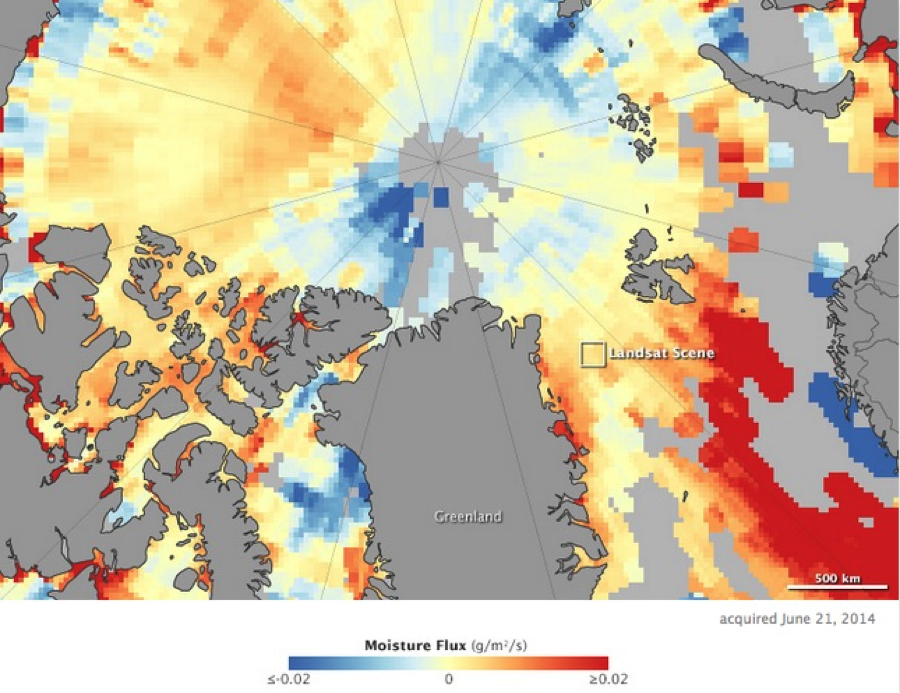 Download Options
This map of the Arctic region in June, 2014, was produced by a colleague with data from the Atmospheric Infrared Sounder (AIRS) instrument onboard NASA's Aqua satellite. It shows where moisture was evaporating (orange and red) or precipitating (blue.) This information helps scientists understand how the decline in sea ice is contributing to a warmer, wetter Arctic.

Download Options
Even without the waves, the ocean surface is not flat all over. This map, on display at the Smithsonian National Air and Space Museum in Washington, DC, shows where the water is higher (lighter shades) or lower (darker), depending on whether mountains or trenches lie below. It was made with data from the Seasat satellite in 1979. The brown cutouts are land. 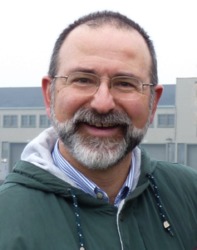 Download Options
In addition to working at NASA's JPL, Kevin Hussey has served as a technology manager at Walt Disney Feature Animation and as consultant to a wide variety of organizations including the FBI, Nuclear Regulatory Commission, National Archives and Department of Defense. If his three grandkids are very good, he may let them ride his motorcycle someday.