Visualizations by Kel Elkins Released on September 2, 2015
Download Options
Visualization depicting NASA's MAVEN satellite in an elliptical orbit around Mars. The horizon is scanned to determine atmospheric makeup. Blue sections of the atmosphere represent regions that have been scanned, and total coverage is achieved after roughly six orbits.
This video is also available on our YouTube channel. 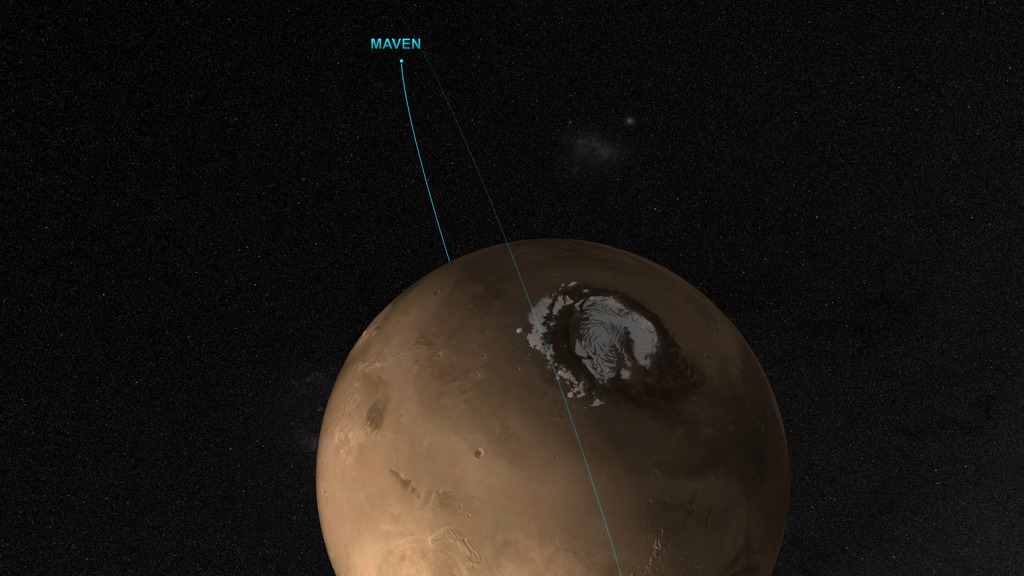 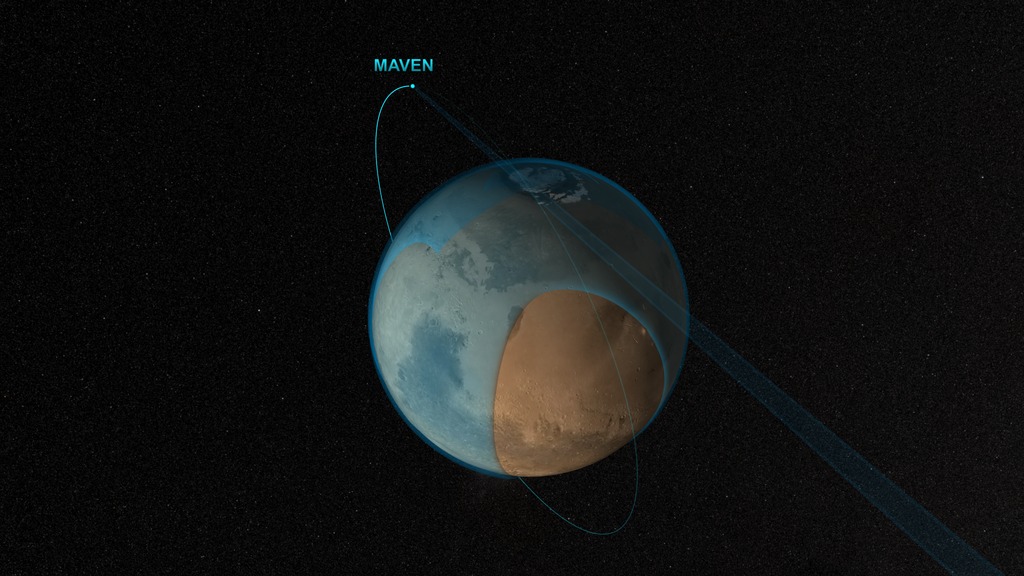 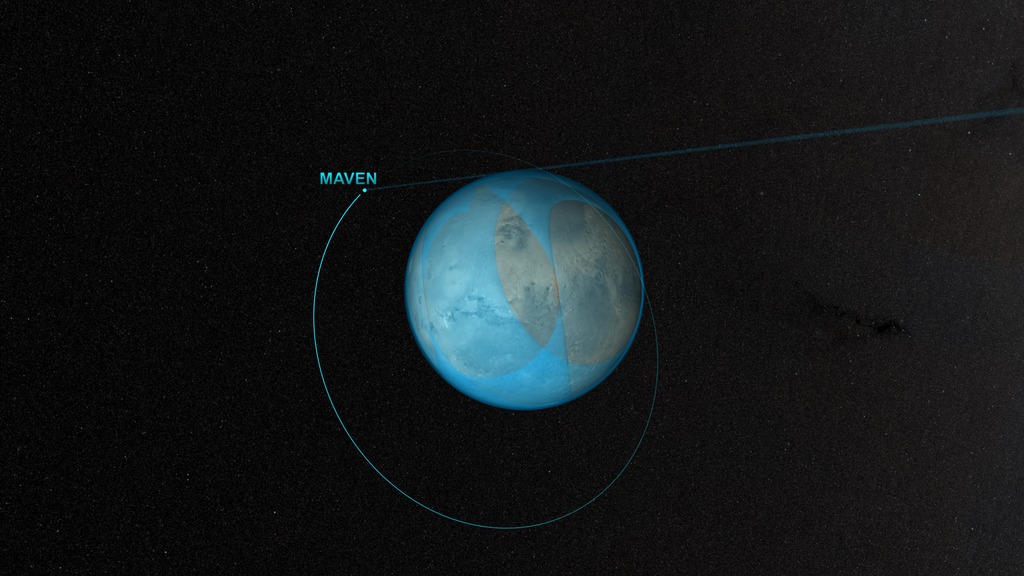