Visualizations by Alex Kekesi and Horace Mitchell Released on July 30, 2015
Download Options
Slow zoom out starting over the United States revealing the rest of the world. 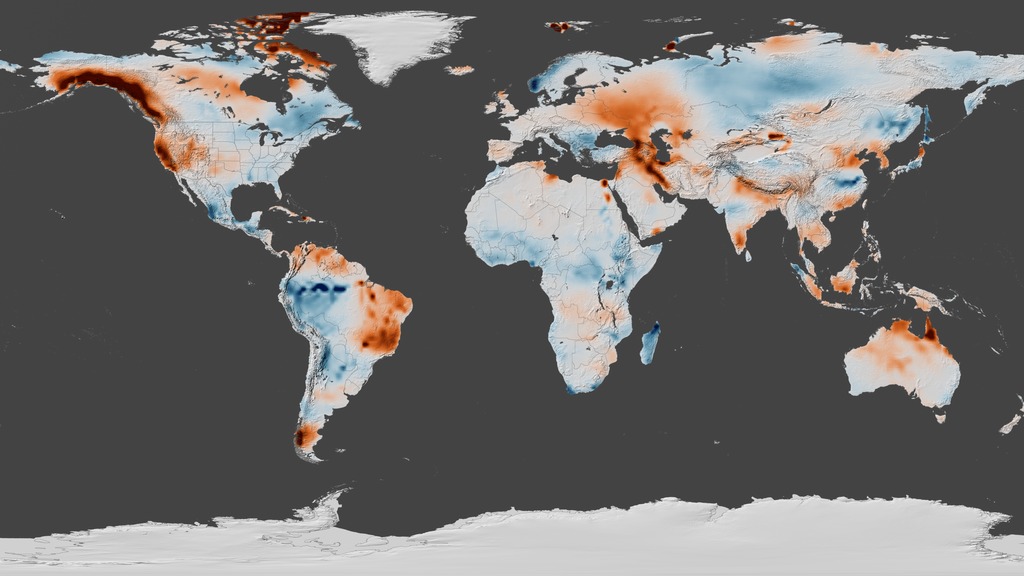 Download Options
GRACE Terrestrial Water Storage Anomaly colorbar. Rust colored areas show areas where ground water has decreased, and areas in blue are where ground water levels have increased. Note the significant decreases in ground water storage across most of California and all the way up the North American coast into Alaska.

April 2015
view all stories where this data set is used
Note: While we identify the data sets used in these visualizations, we do not store any further details nor the data sets themselves on our site.