Visualizations by Ernie Wright Released on April 10, 2014
Download Options
With the lunar horizon in the foreground, the Earth passes in front of the Sun, revealing the red ring of sunrises and sunsets along the limb of the Earth. The "No Stars" frames omit the starry background and include an alpha channel.
Download Options
The star field. The Earth and Sun are in the constellation Pisces. From left to right, the brightest four stars visible in the full animation are Omicron, Mu, Zeta, and Epsilon Piscium. 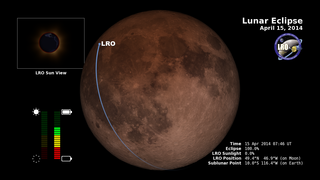