Released on May 9, 2013
Download Options
Model simulations spanning 140 years show that warming from carbon dioxide will change the frequency that regions around the planet receive no rain (brown), light rain(tan), moderate rain (yellow), and very heavy rain (blue). The occurrence of no rain and heavy rain will increase, while moderate rainfall will decrease. 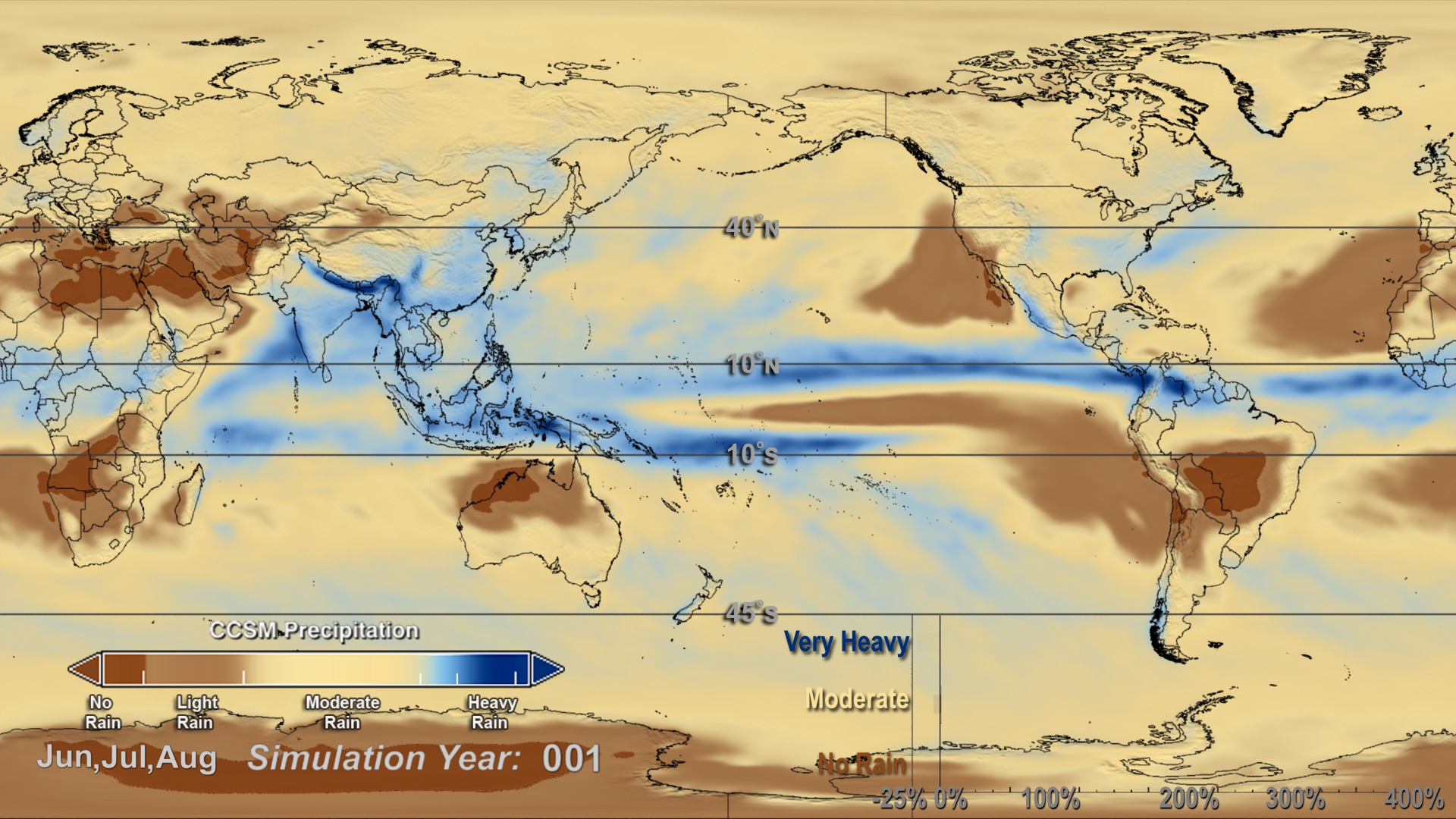 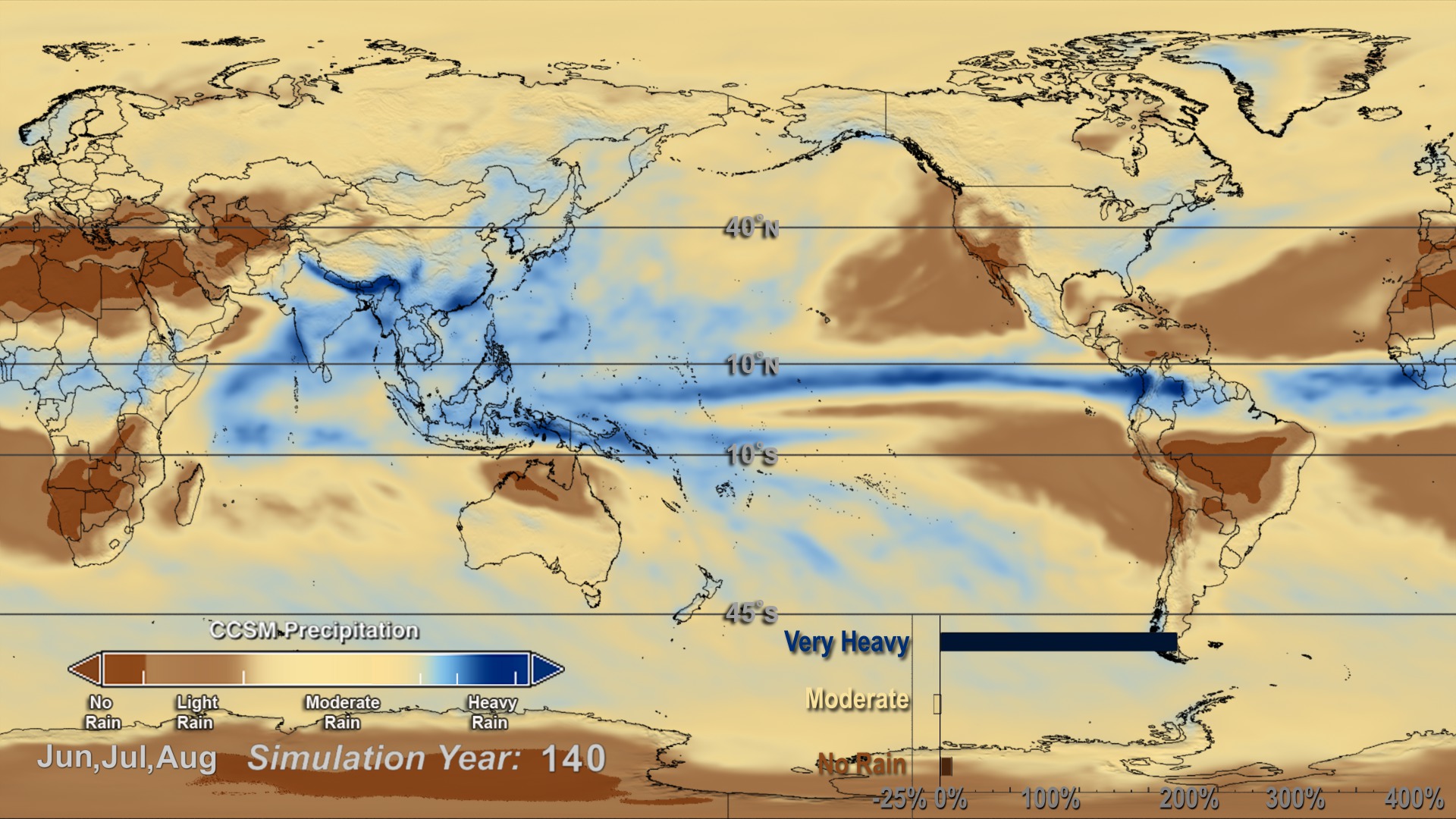 while moderate rain is decreasing.

Model - NCAR - June, July, August year 1 through 140
view all stories where this data set is used
Note: While we identify the data sets used in these visualizations, we do not store any further details nor the data sets themselves on our site.

This item is part of these series:
Climate
Rainfall