Visualizations by Alex Kekesi Released on July 23, 2012
Download Options
Animation that flys over the Ouachita Mountain range from east to west showing large areas of vegetation change south of the mountains (depicted in shades of orange and red). 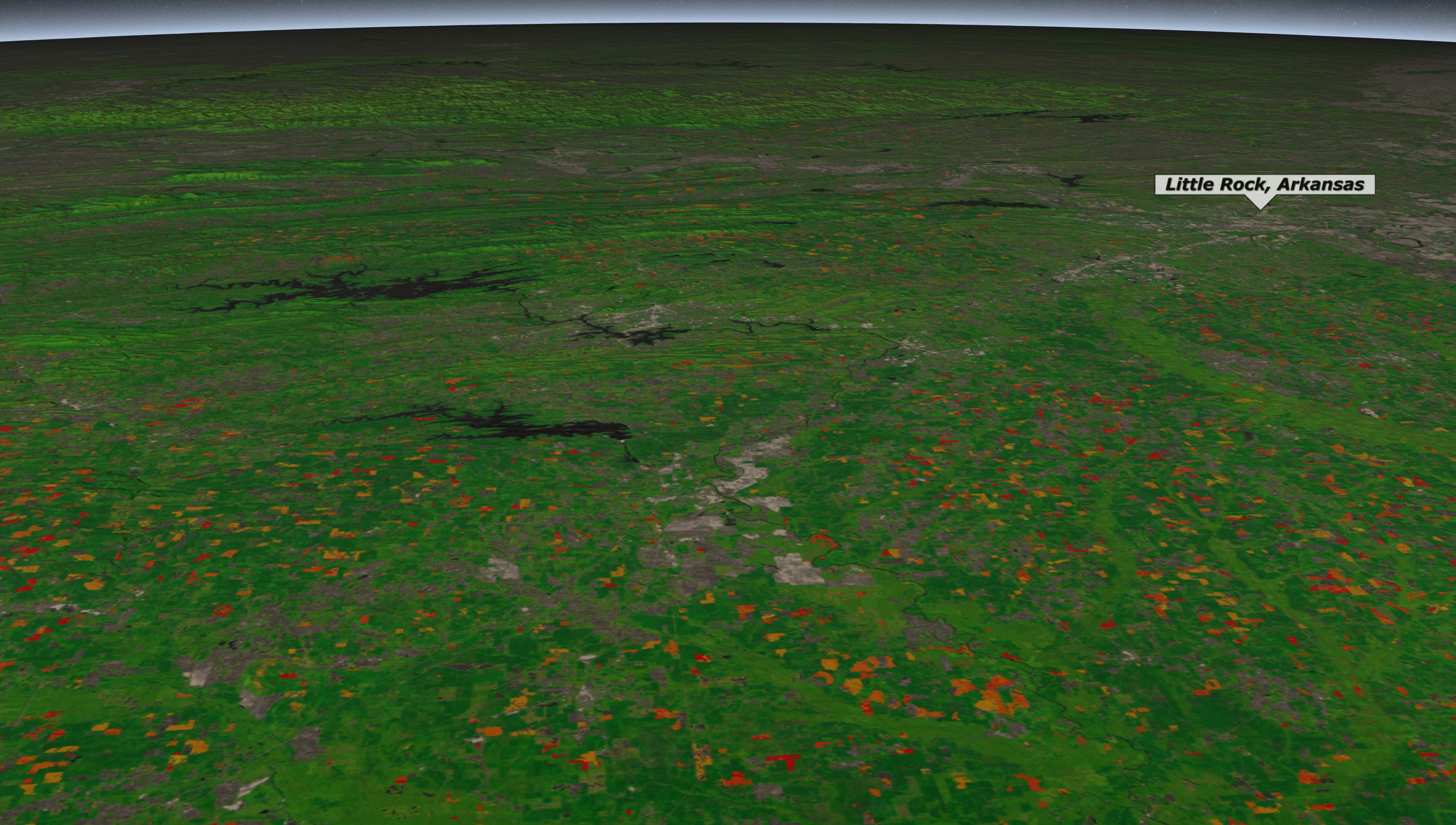 Download Options
Print resolution still showing major vegetation change from 2006 to 2010 (seen in shades of orange and red) south of the Ouachita Mountains. Fort Smith, Arkansas can be seen in the distance. 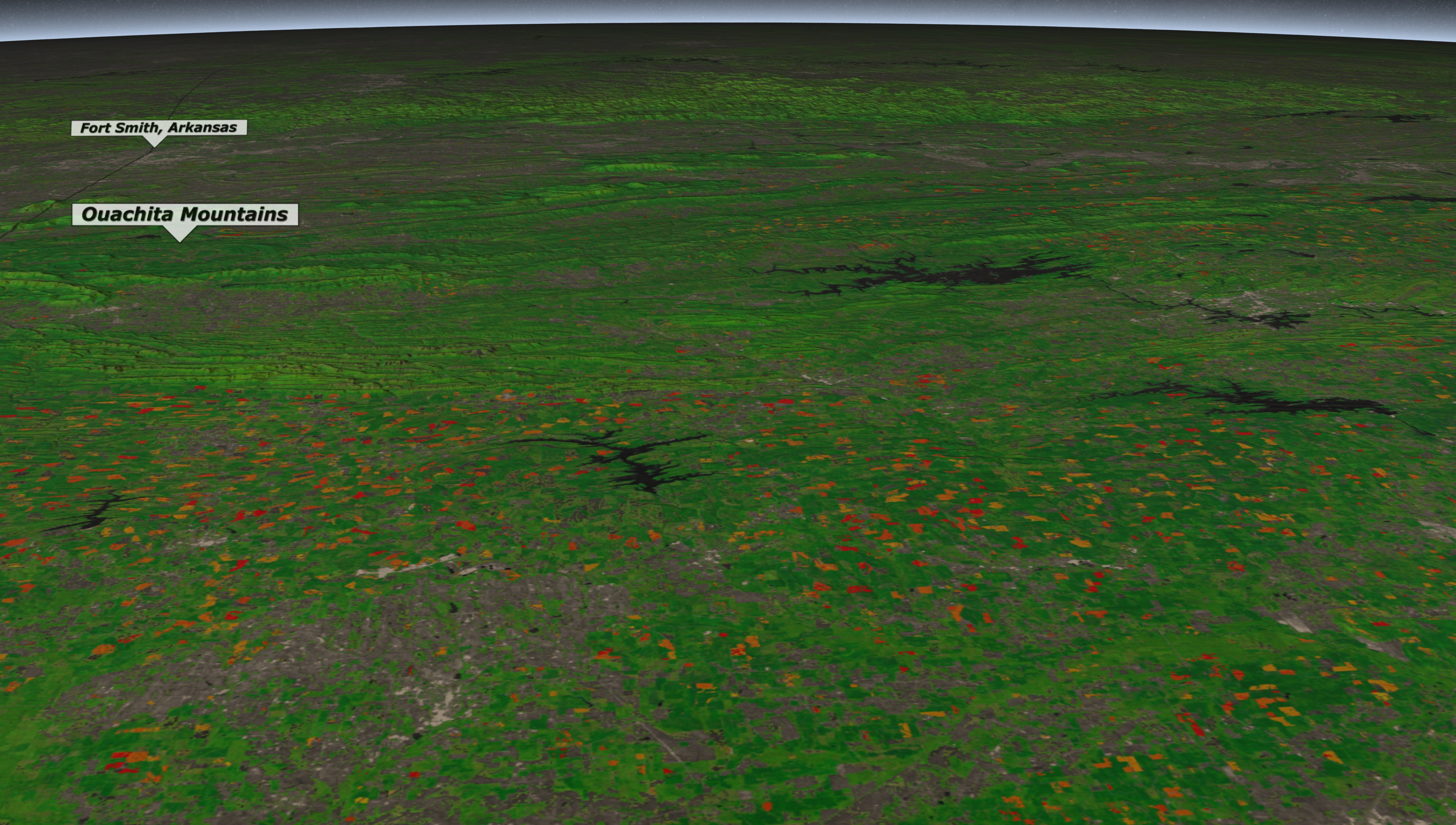 Download Options
Print resolution image of the vast amounts of vegetation change (seen in shades of orange and red) from 2006-2010 southwest of Little Rock, Arkansas. 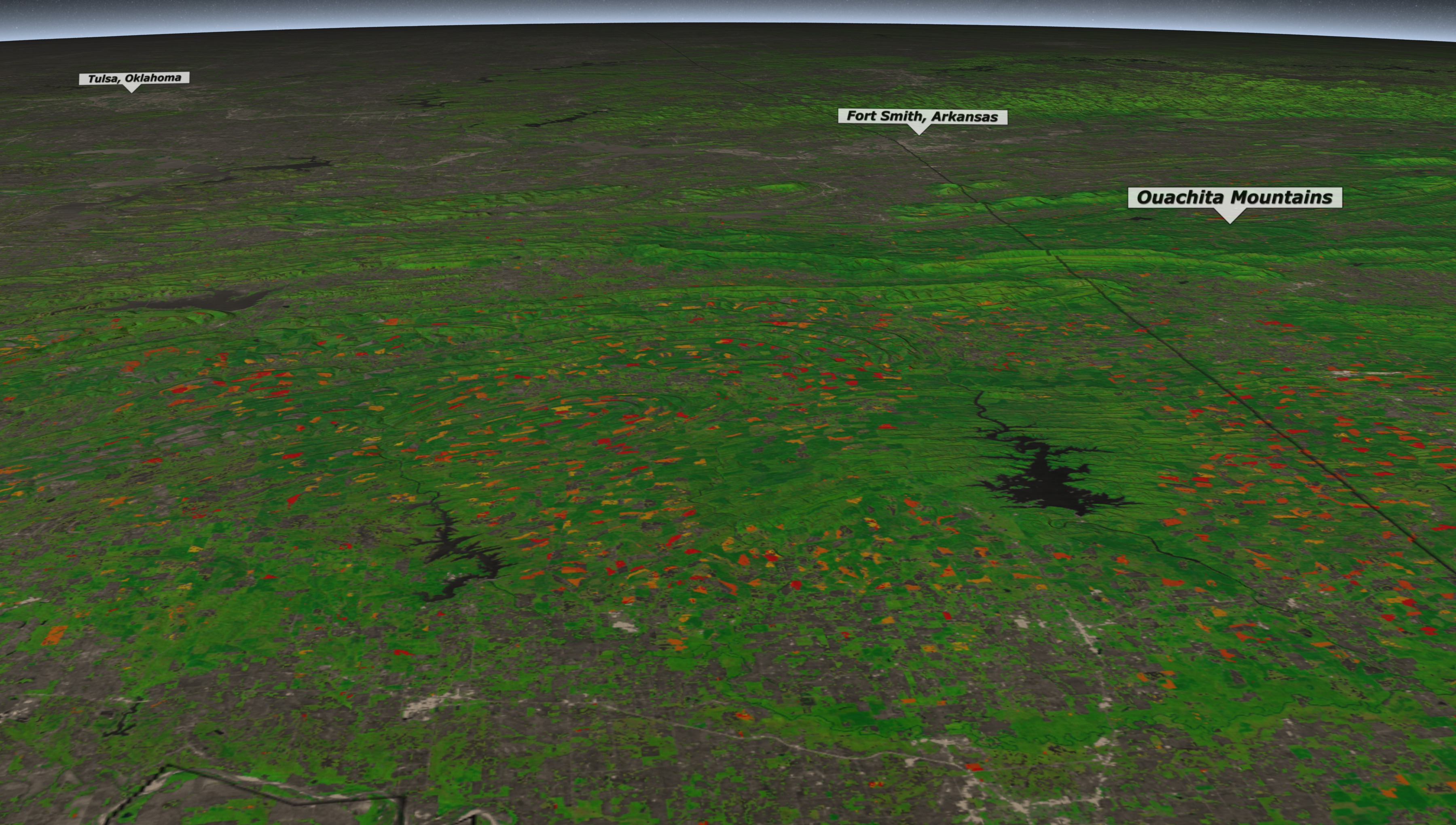 Download Options
Print resolution image of vegetation change from 2006-2010 (seen in shades of orange and red) south of the Ouachita Mountains on the Oklahoma side of the border. Fort Smith, Arkansas and Tulsa, Oklahoma can be both seen in the distance. 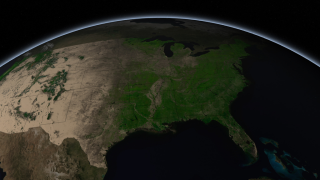