Visualizations by Alex Kekesi Released on July 23, 2012
Download Options
This animation traverses the eastern seaboard of the United States flying over regions of mountain top removal and deforestation (depicted in shades of orange to red). 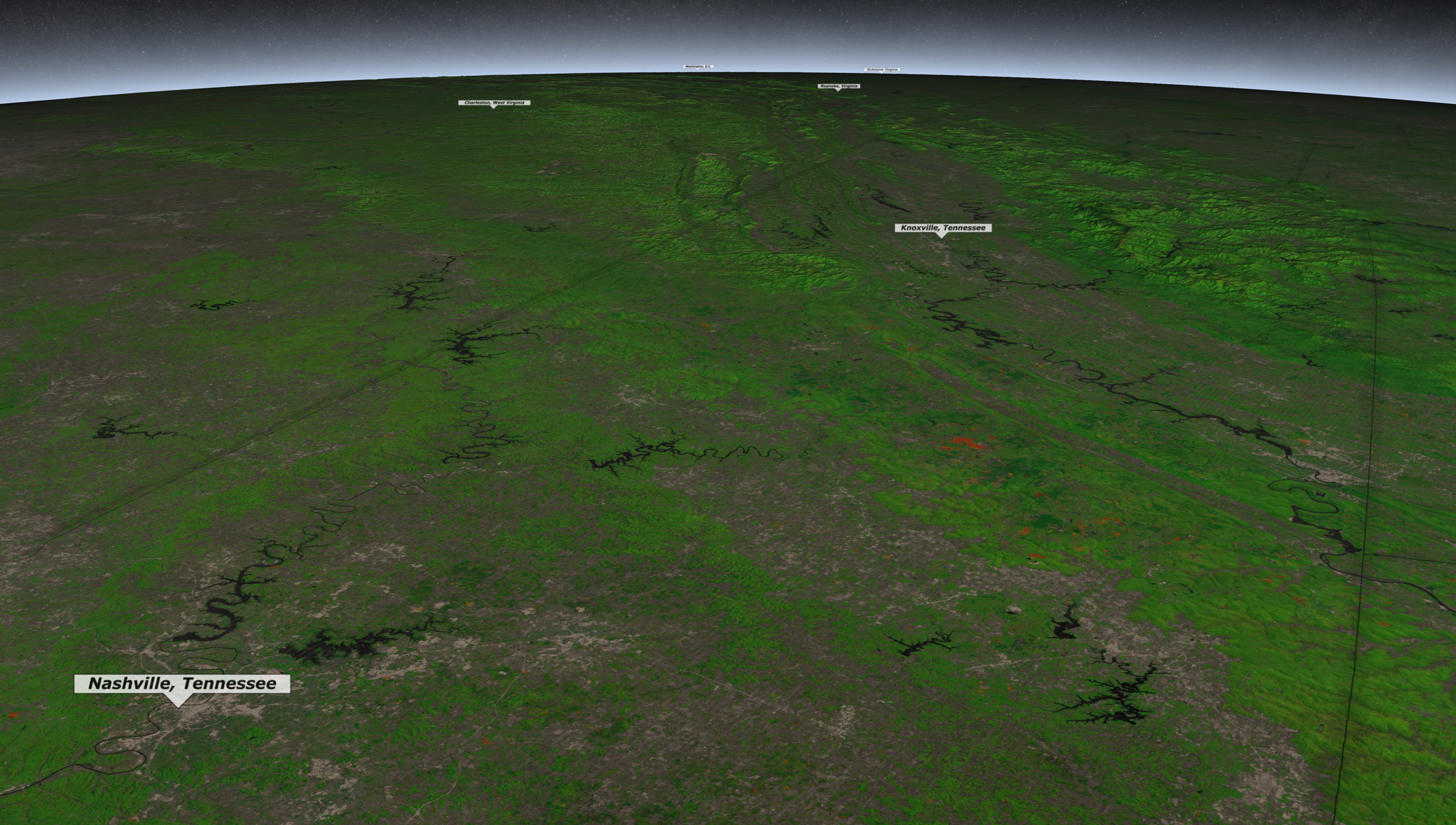 Download Options
Print resolution image of the area from Nashville, TN to Knoxville, TN and beyond. Notice the areas of orange and red below Knoxville. The large area of deforestation is nearly the size of Knoxville itself! 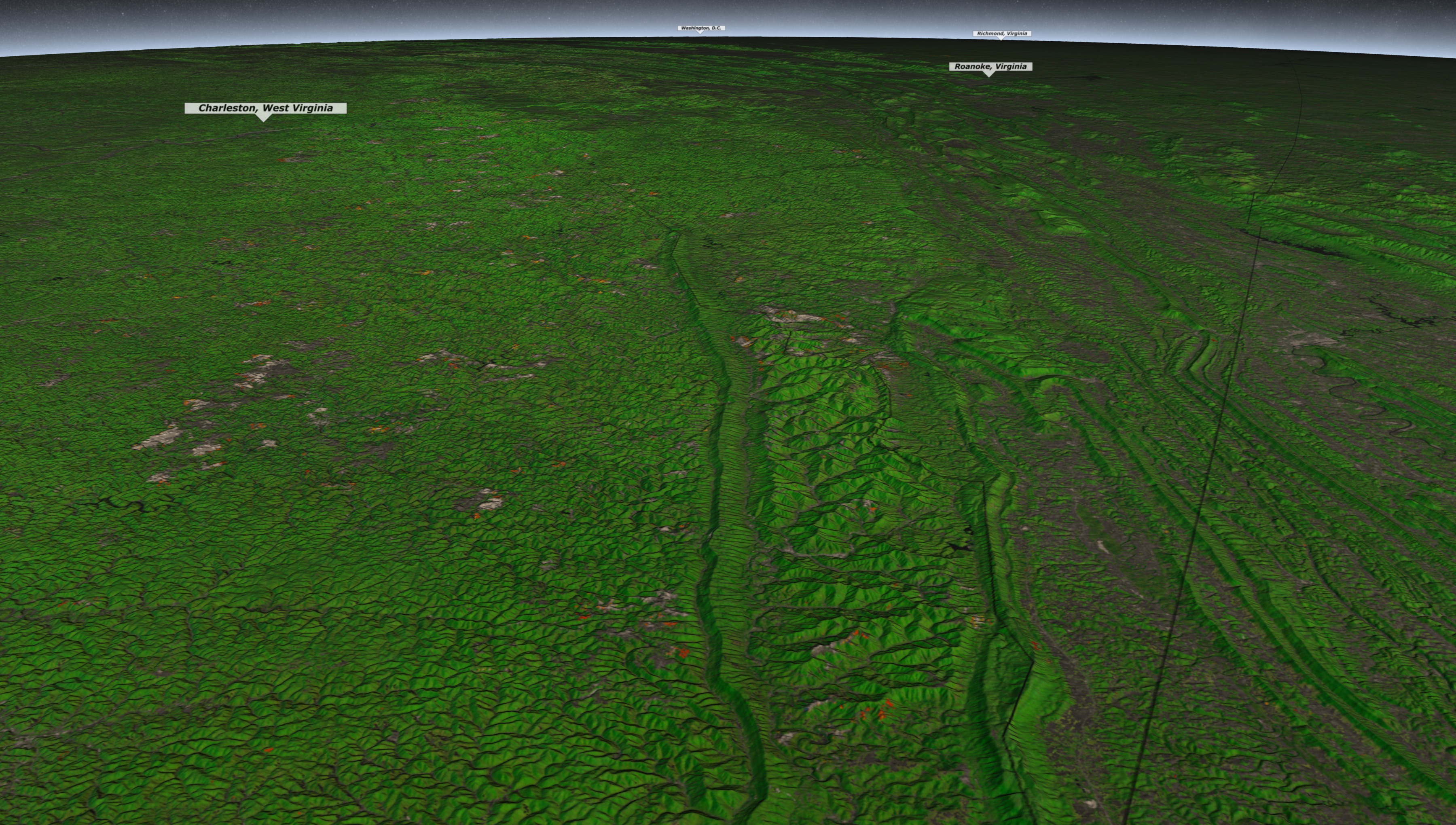 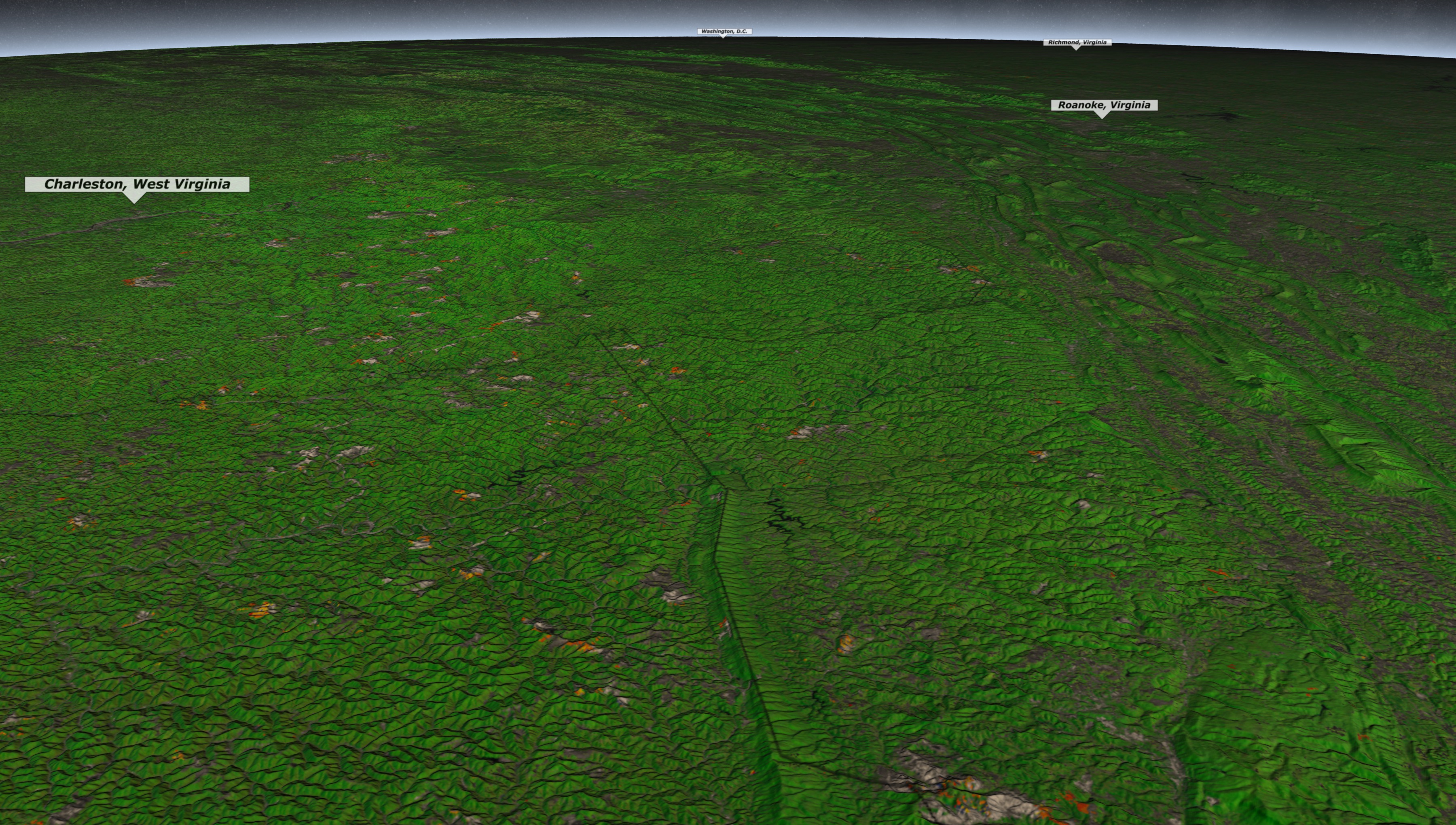 Download Options
Print resolution still of the Cumberland Plateau, where West Virginia, Virginia, and Kentucky meet. Mountain top mining can be seen throughout this region as patches of orange and red. 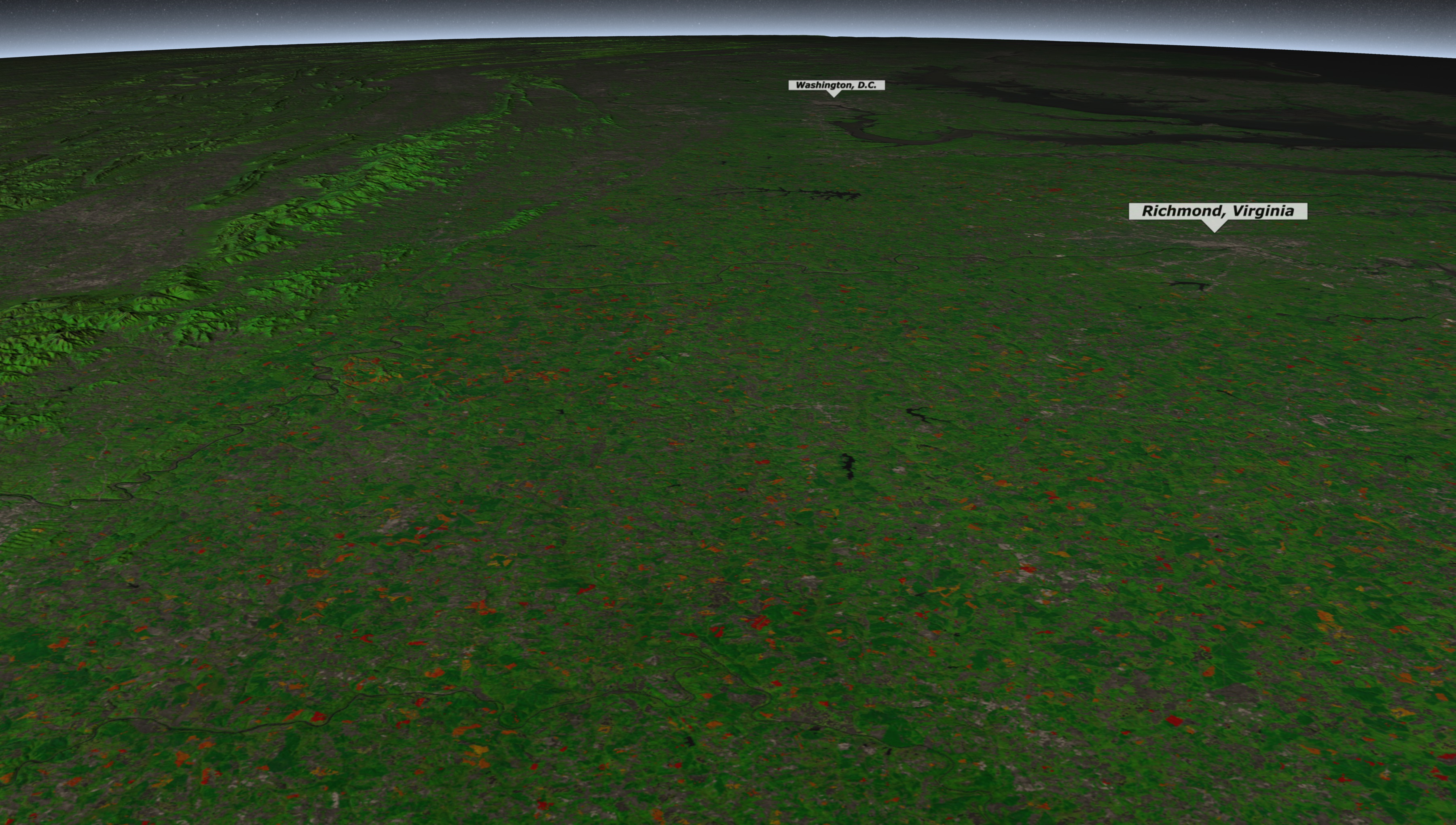