Modeled Precipitation Difference Between 2010 Snowmageddon Event and Winter of 2000

Visualizations by Alex Kekesi Released on January 31, 2012
Download Options
Animation showing total accumulated precipitation difference map from Dec. 1, 2009 to Feb. 28, 2010 minus Dec. 1, 1999 to Feb. 28, 2000. The resulting difference map shows the areas that received more precipitation in shades of green, and areas that received less precipitation in shades of brown. (NOTE: The information shown here is obtained from model output and should not be confused with observed measurements.)

Download Options
Colorbar for animation. Changes in Precipitation (millimeters per day) ranging from -3 to 3. 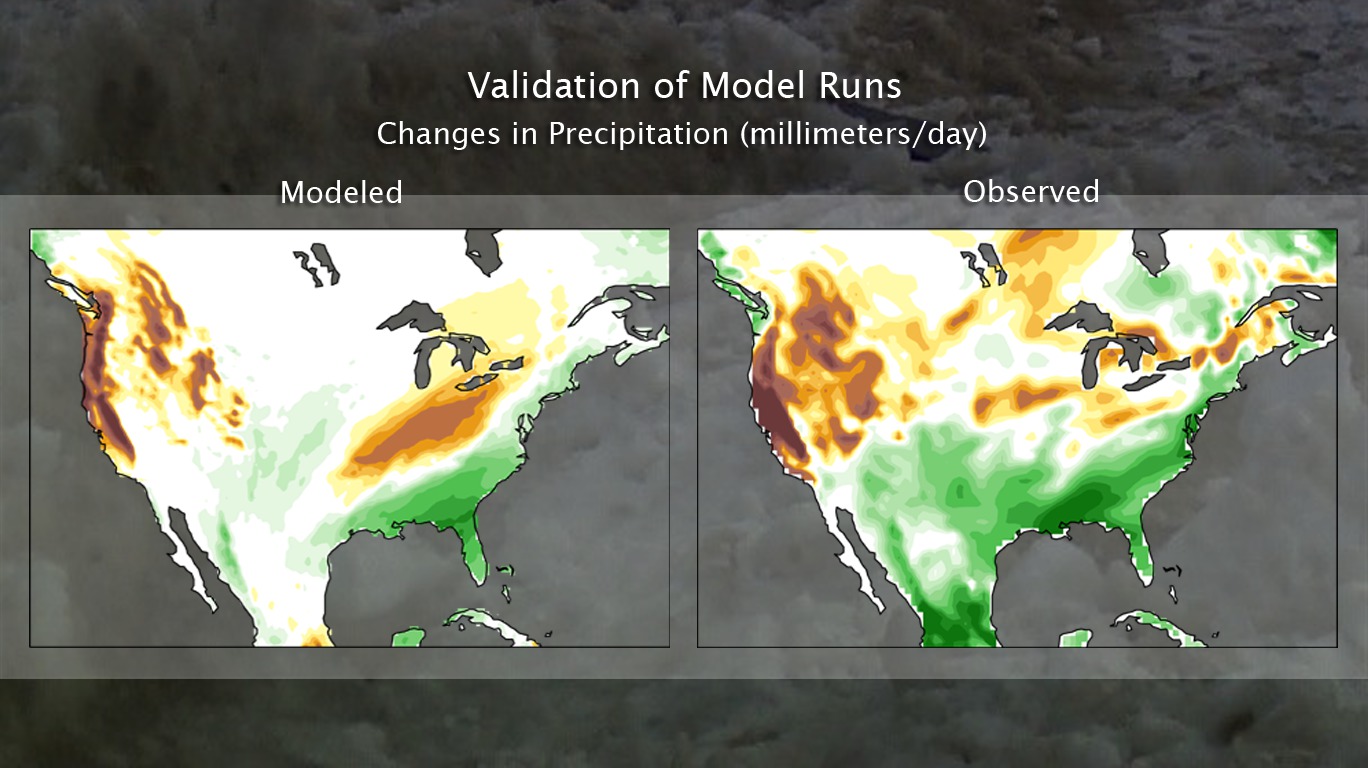 Download Options
Colorbar for "Validation of Model Runs" slide. Changes in Precipitation (millimeters per day) ranging from -3 to 3.