Released on November 8, 2011
Download Options
The streak of red, orange, and yellow across South America, Africa, and the Atlantic Ocean in this image points to high levels of carbon monoxide on September 30, 2005. 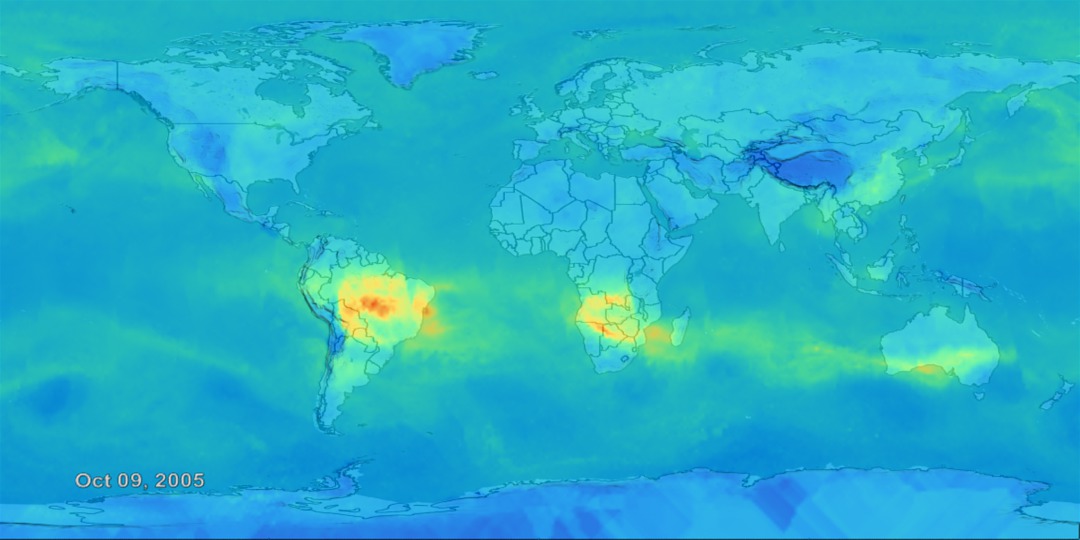 Download Options
This frame set has the AIRS carbon monoxide imagery with dates. It does not include the colorbar overlay.

Download Options
This frame set has the AIRS carbon monoxide imagery with no dates and no colorbar overlay. It is designed to be displayed on the Magic Planet. 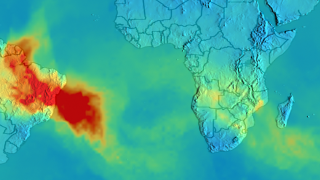 8/1/2005 - 10/31/2005
view all stories where this data set is used
Note: While we identify the data sets used in these visualizations, we do not store any further details nor the data sets themselves on our site.