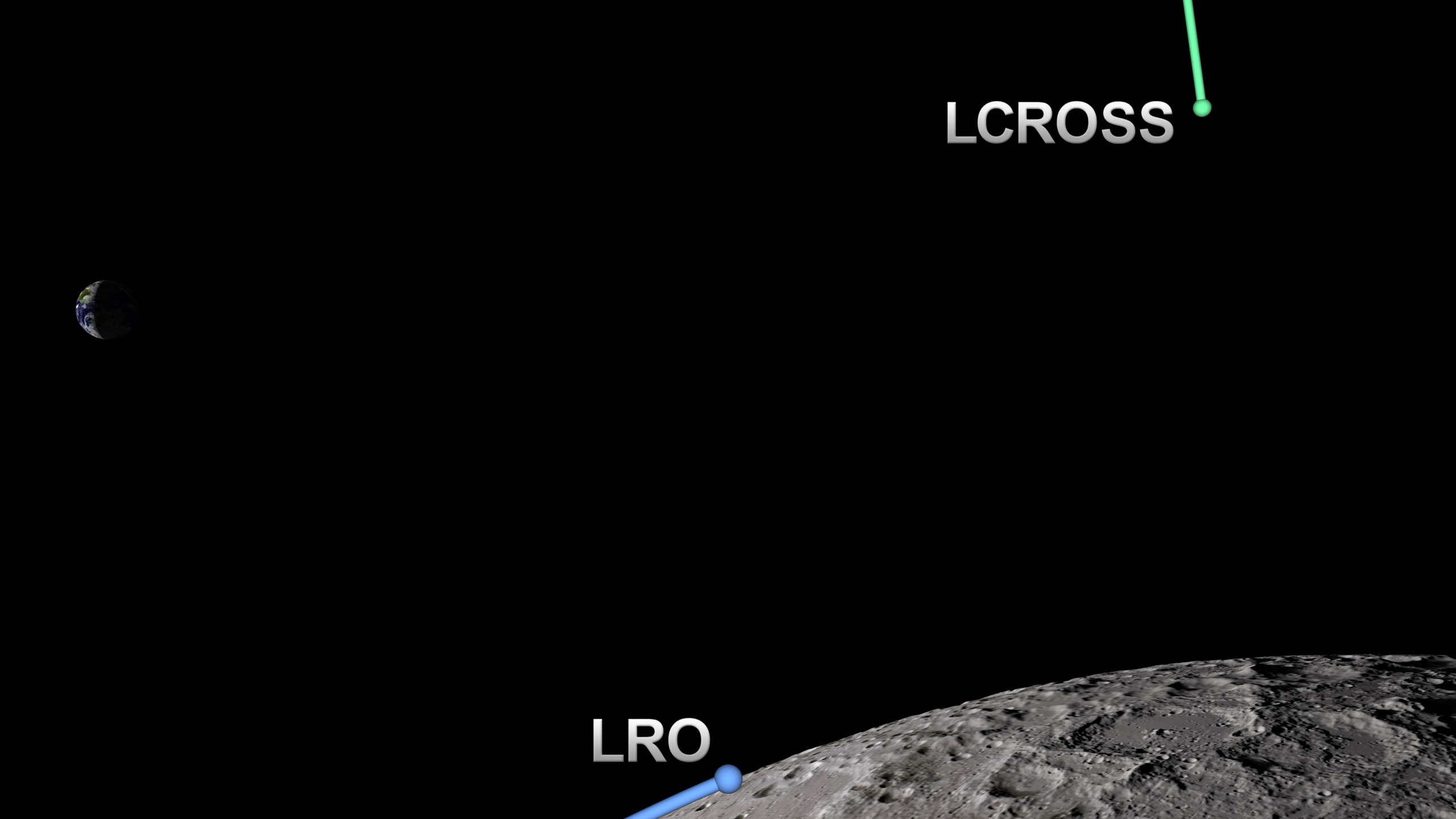 Download Options
Four minutes before the LCROSS impact, the view across the terrain of the lunar south pole shows LRO and LCROSS approaching the impact site, with Earth in the background. 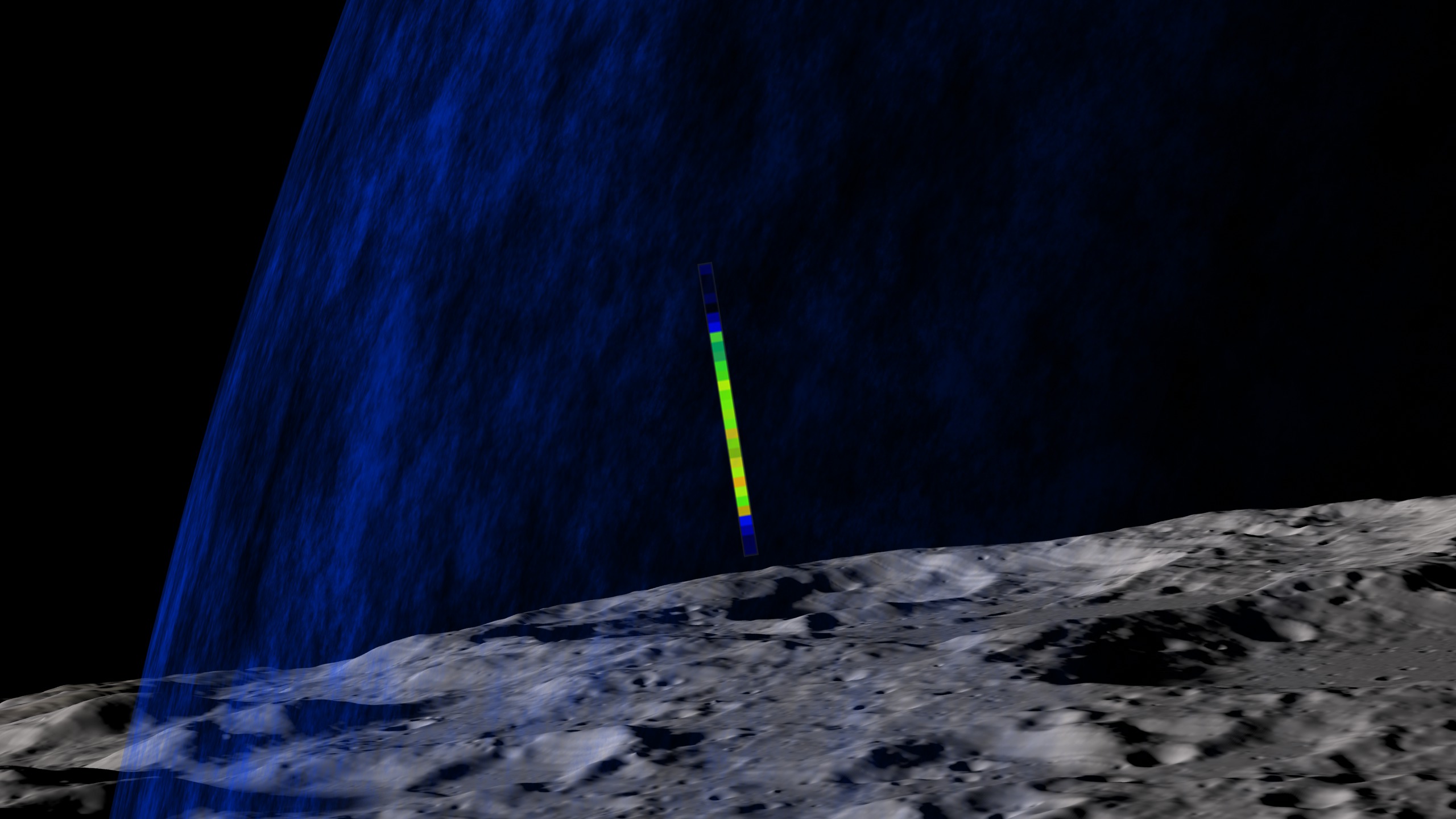 Download Options
About 40 seconds after impact, the leading edge of an expanding vapor cloud passes through LAMP's field of view.
Download Options
This video shows LAMP's view of the LCROSS plume. The line in the center of the screen is the LAMP viewport scanning across the horizon, passing through the plume, and moving on.

LRO/LAMP/Lyman alpha and UV also referred to as: LRO LAMP

Data Compilation - October 9, 2009
view all stories where this data set is used

Ephemeris - NASA/JPL - November 6, 2009
Planetary ephemerides
http://ssd.jpl.nasa.gov/?horizons
view all stories where this data set is used
Note: While we identify the data sets used in these visualizations, we do not store any further details nor the data sets themselves on our site.