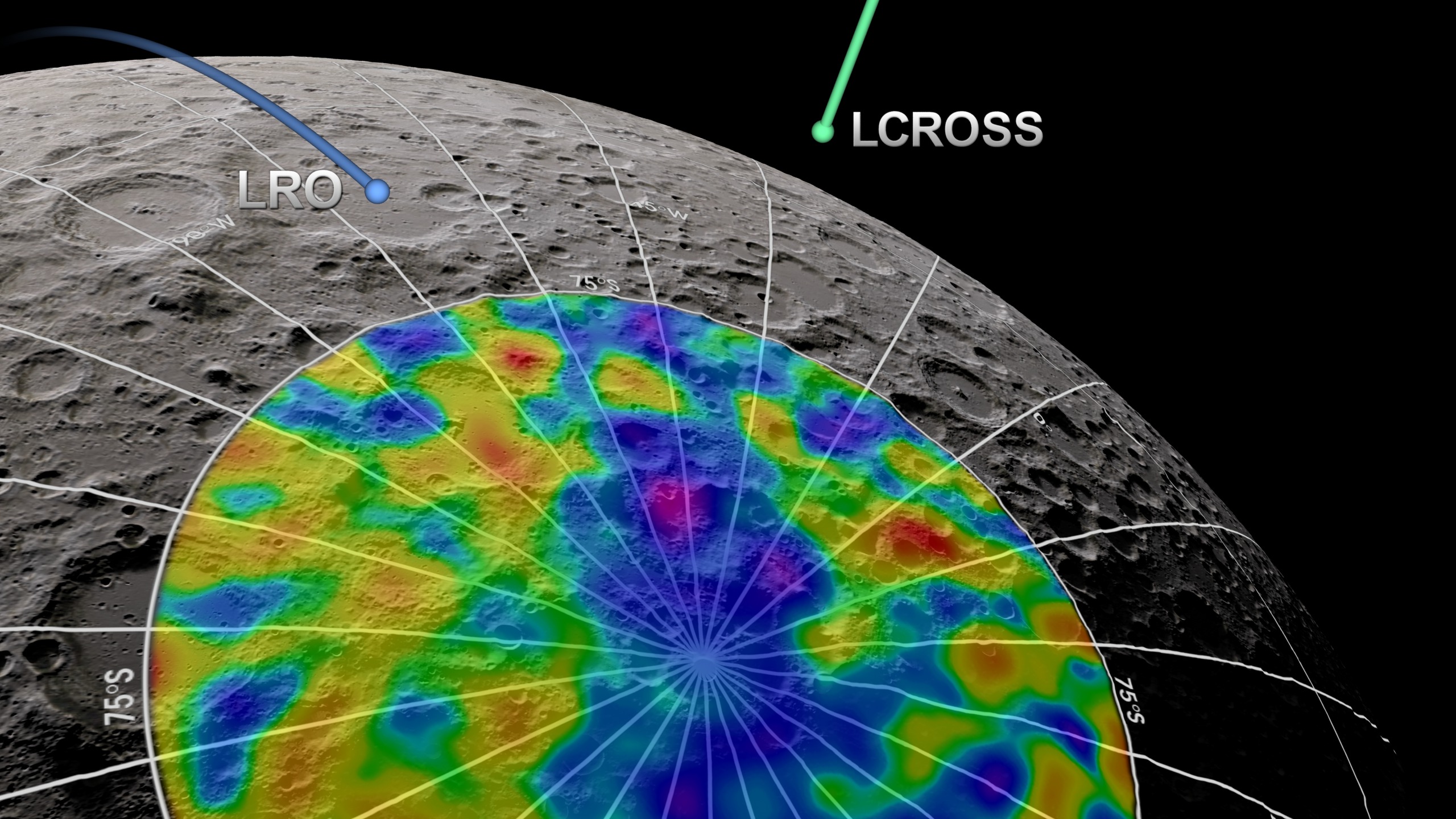 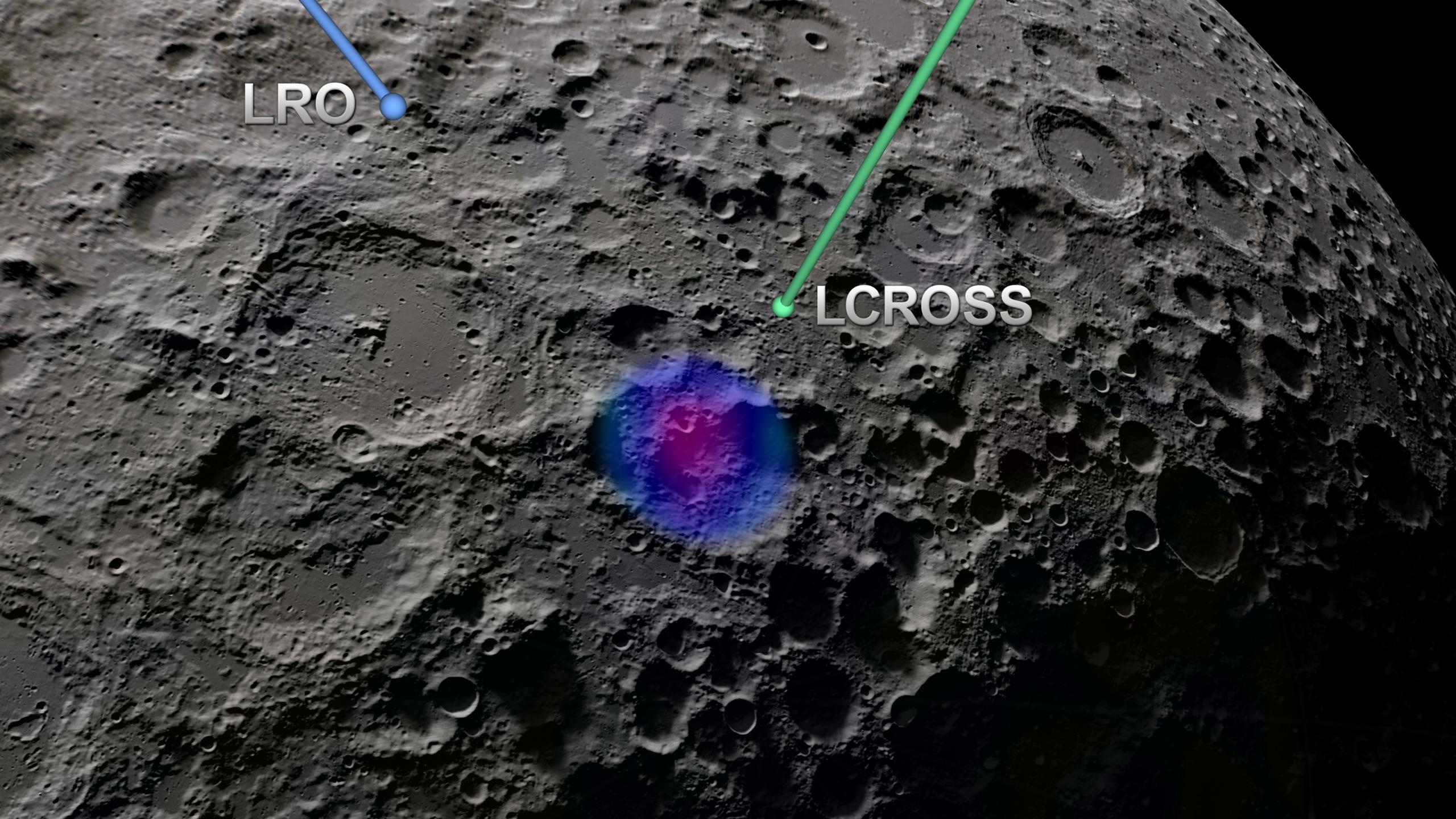 Download Options
The elevated hydrogen concentration in the LEND data near the impact site forms a bullseye for LCROSS. 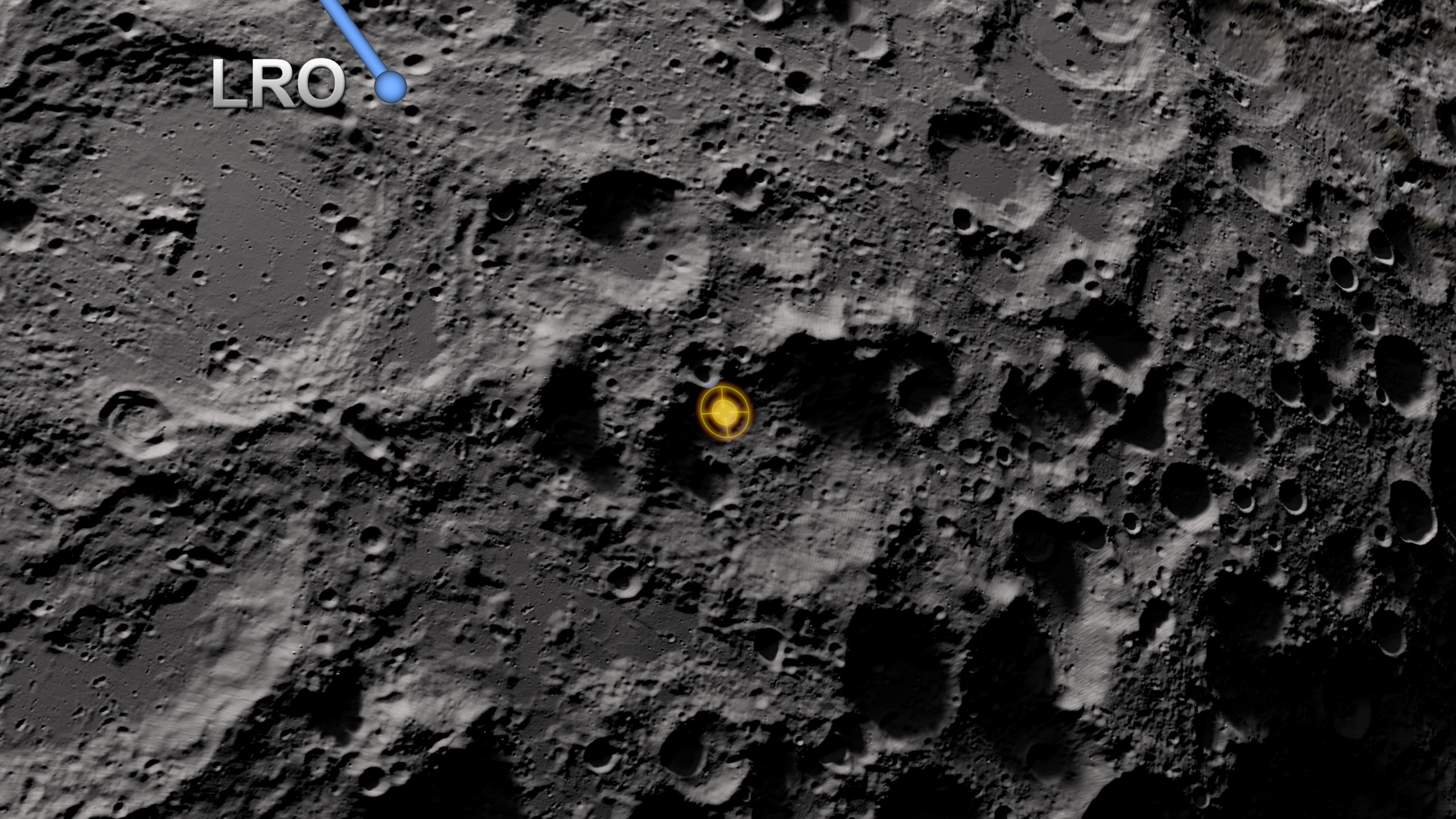 Download Options
The moment of impact. The site is a permanently shadowed region on the floor of Cabeus crater. 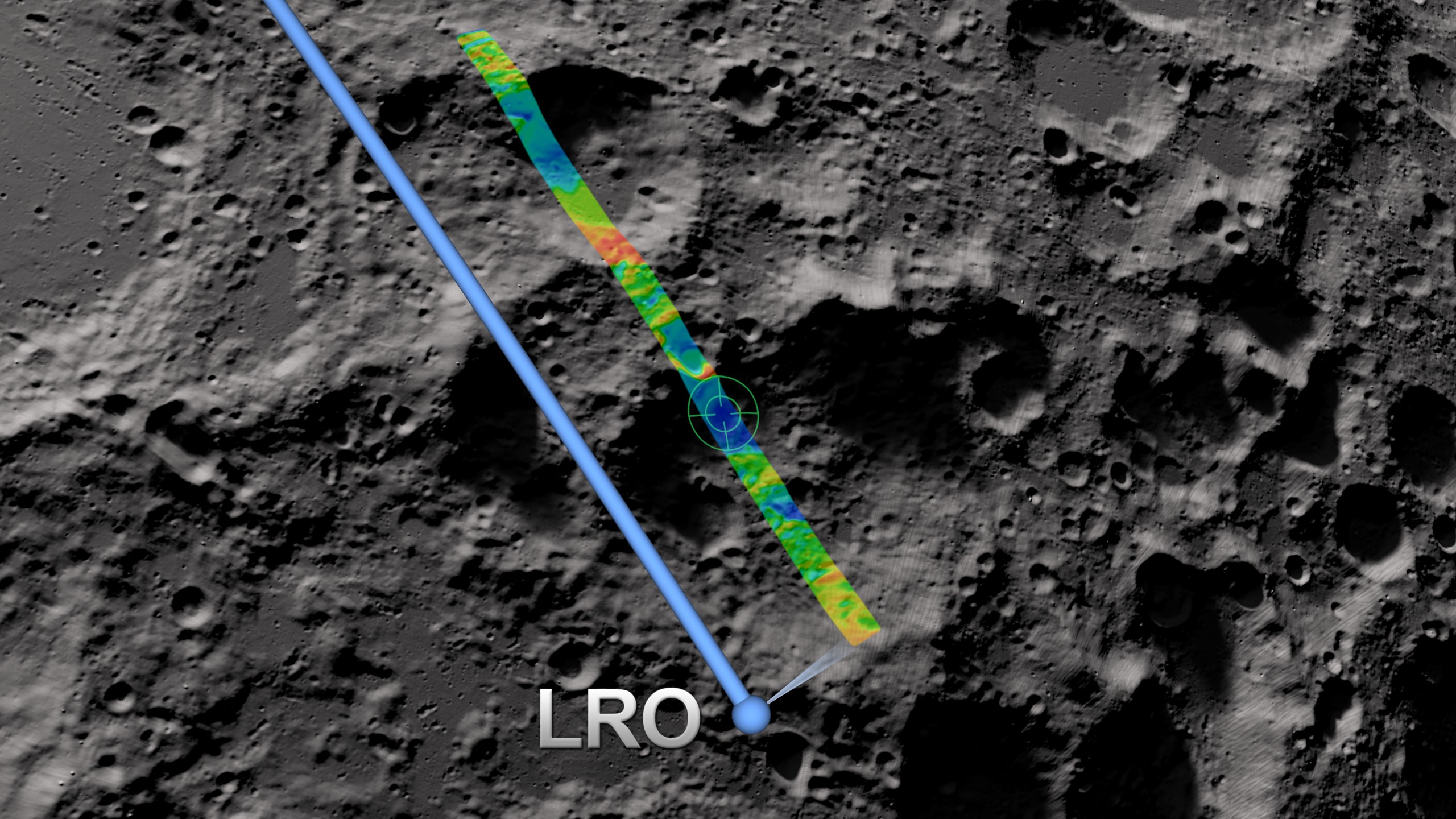 Database - July - October, 2009
view all stories where this data set is used

October 9, 2009
view all stories where this data set is used
Note: While we identify the data sets used in these visualizations, we do not store any further details nor the data sets themselves on our site.