Visualizations by Lori Perkins Released on June 29, 2010
Download Options
Tropical depression ALEX was near the western coast of Mexico's Yucatan Peninsula when again seen by the TRMM satellite on 27 June 2010 at 2214 UTC (6:14 PM EDT). 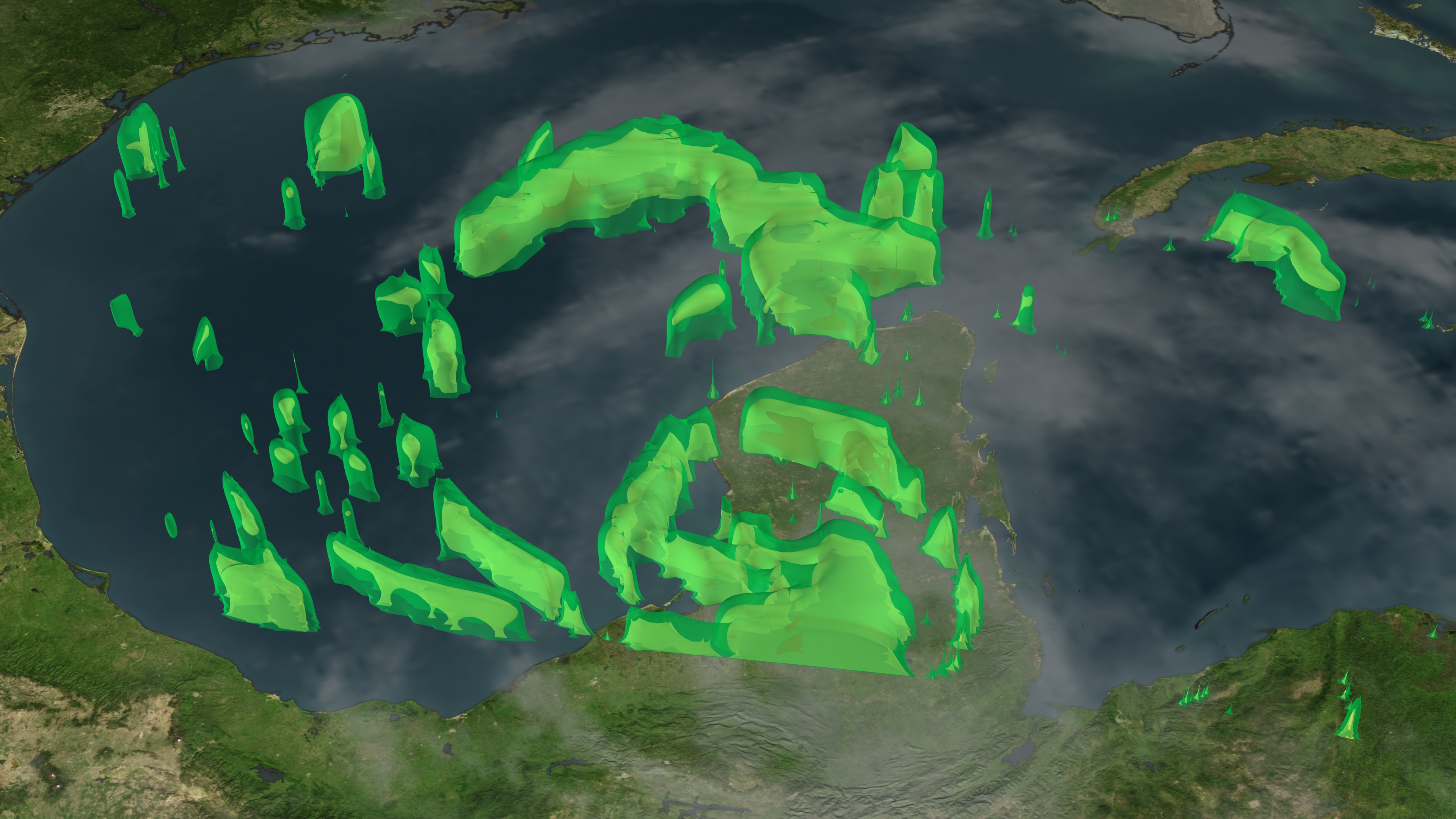 Download Options
This image shows the light rain (0.25 inches) in blue, medium rain (0.5 inches) in green, heavier rain (25 mm or 1 inch per hour) in yellow and extremely heavy rain in red(50 mm or 2 inches per hour).

06-27-2010 2210 UTC
view all stories where this data set is used
Note: While we identify the data sets used in these visualizations, we do not store any further details nor the data sets themselves on our site.