Visualizations by Tom Bridgman Released on July 8, 2010
Download
This is the full movie of the CME striking the Earth. 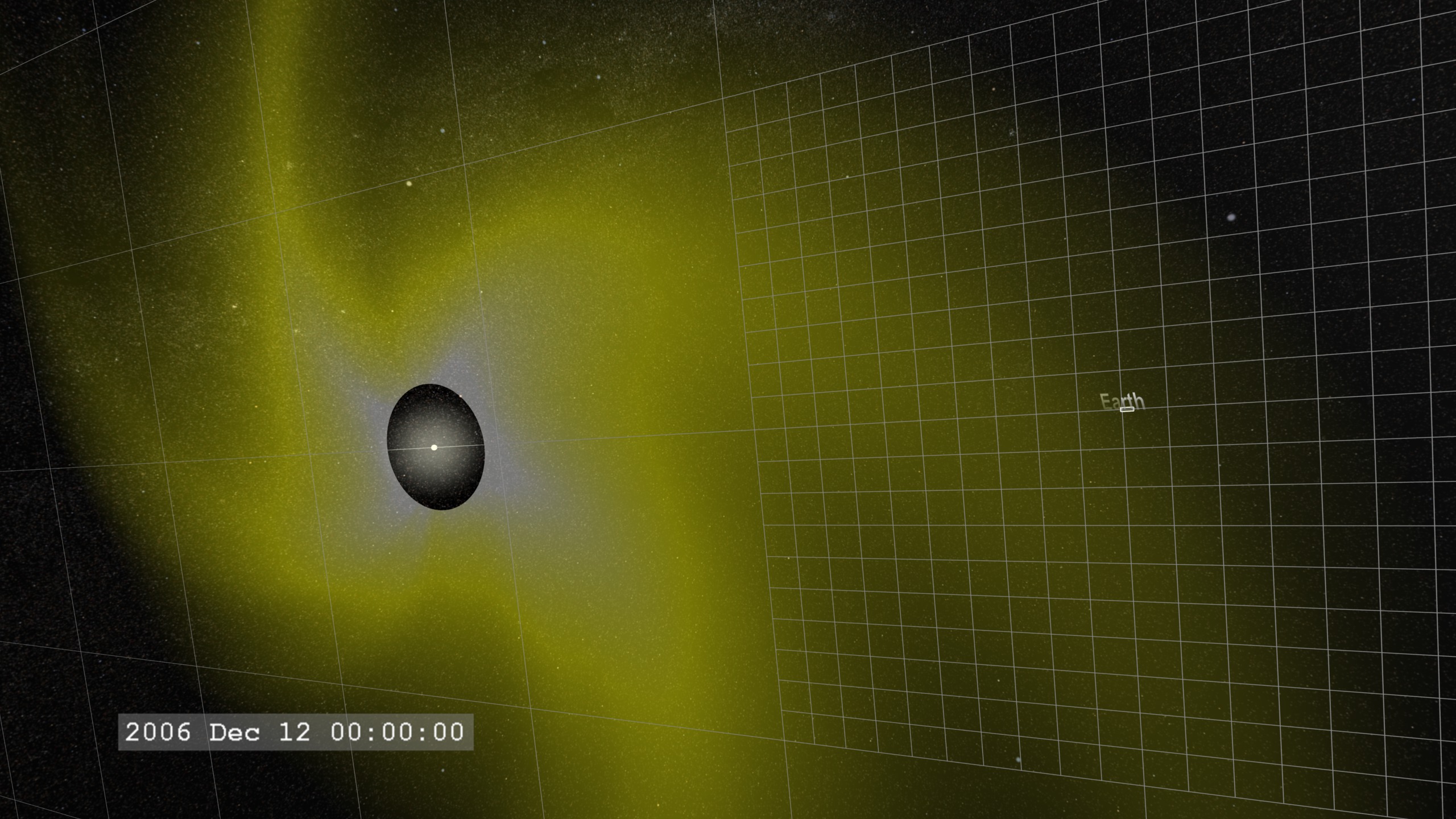 Download
A view high above the Earth's orbital plane, showing the Sun and the Earth. The Parker spiral pattern is visible in the density of the solar wind. 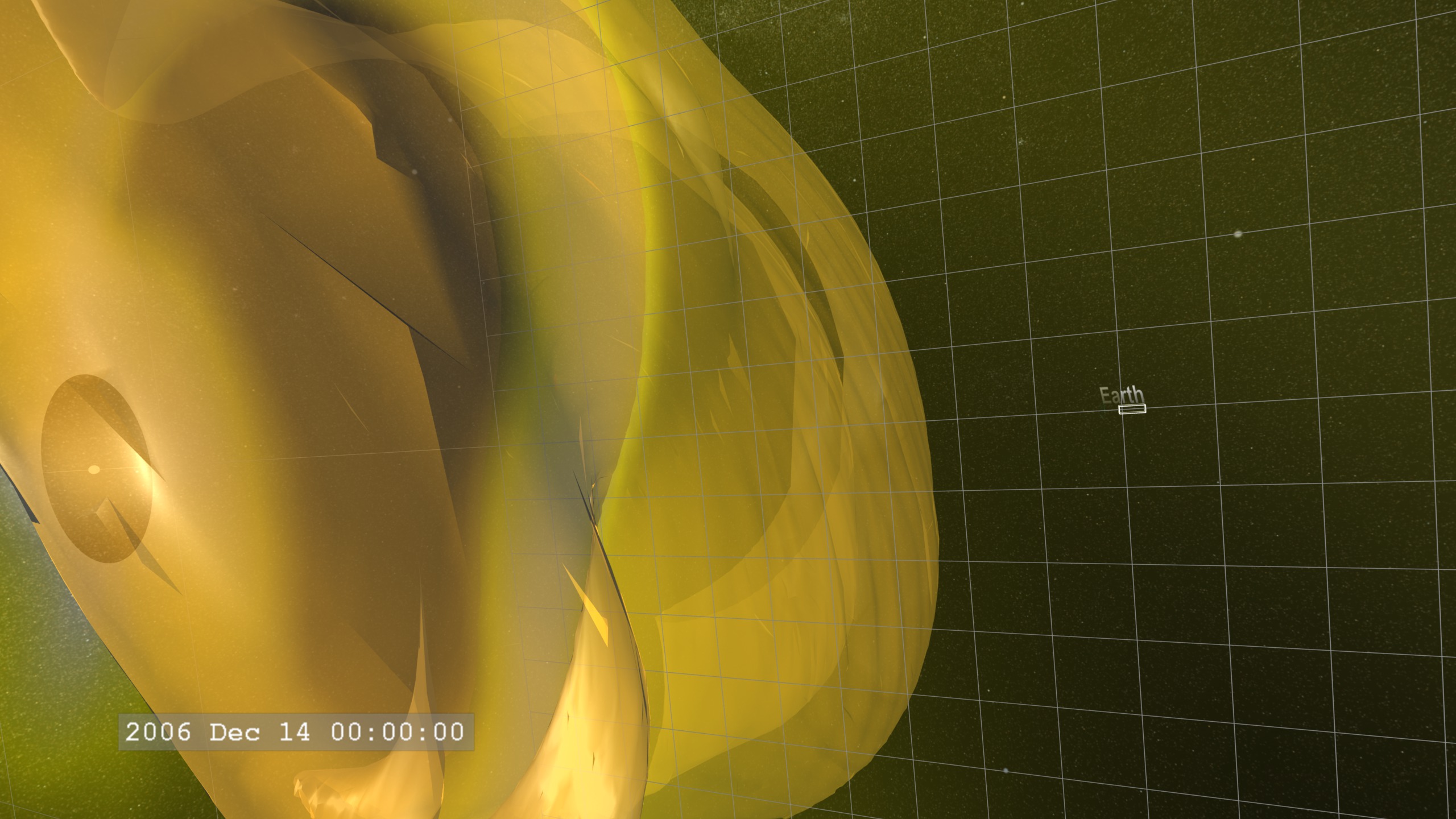 Download
With this view, we look down on the Earth from above the Earth's orbital plane as the CME is about to strike the Earth. The density isosurfaces of the BATS-R-US model are visible in the computational box surrounding the Earth. 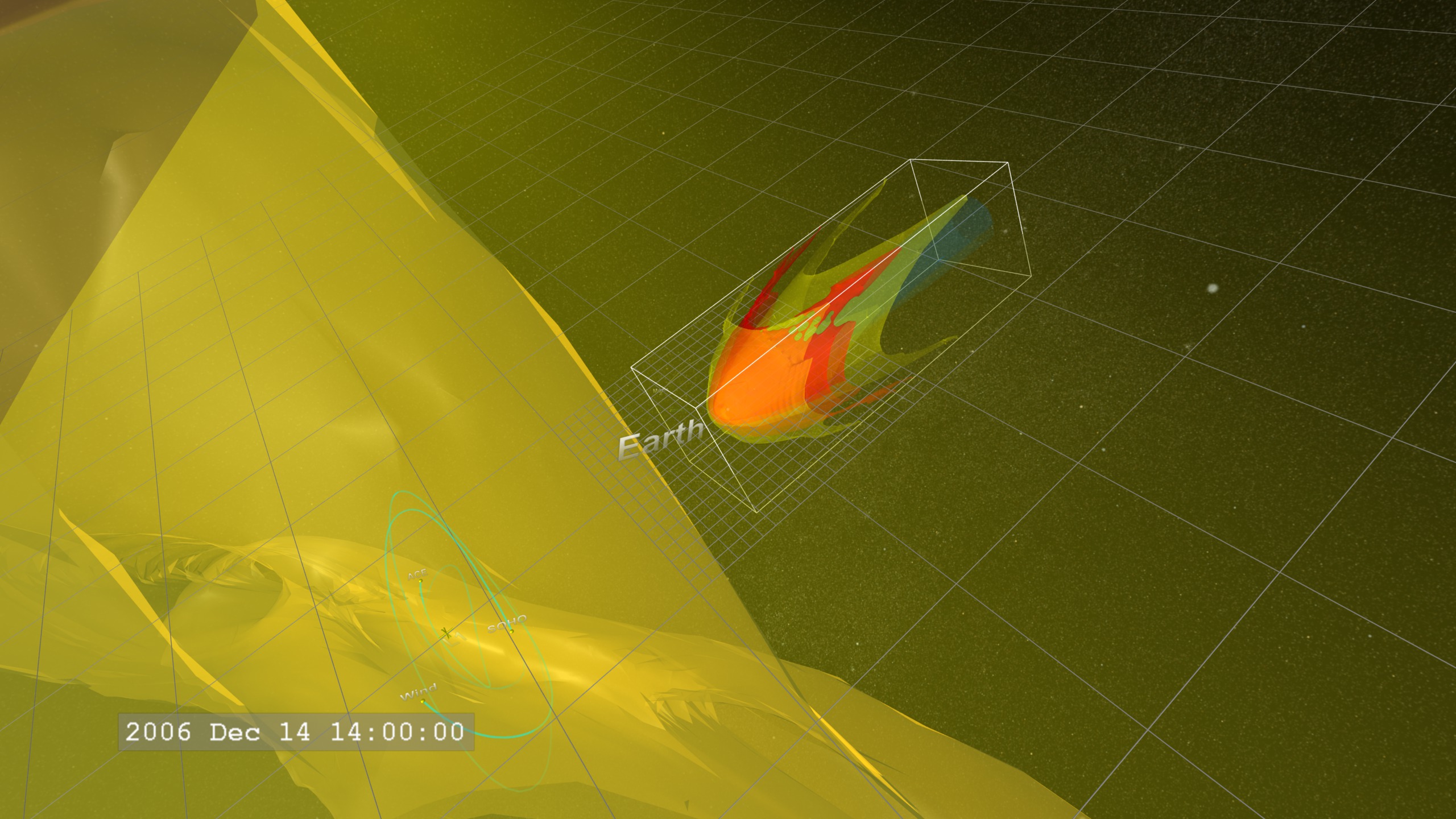 Download
Much closer to the Earth, the particle density enhancement of the CME has begun striking the Earth's magnetosphere. 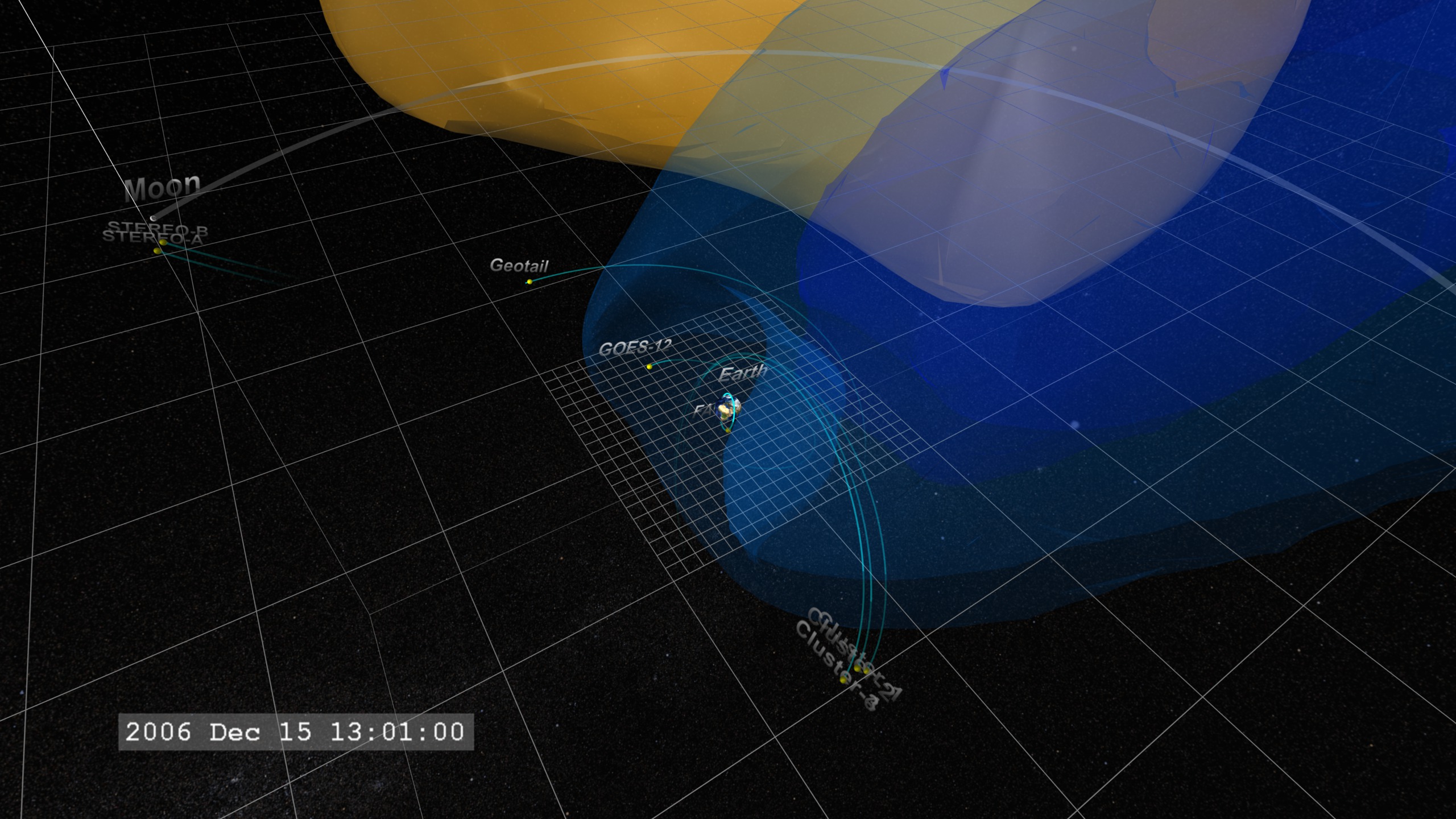 This item is part of this series:
Space Weather Modeling