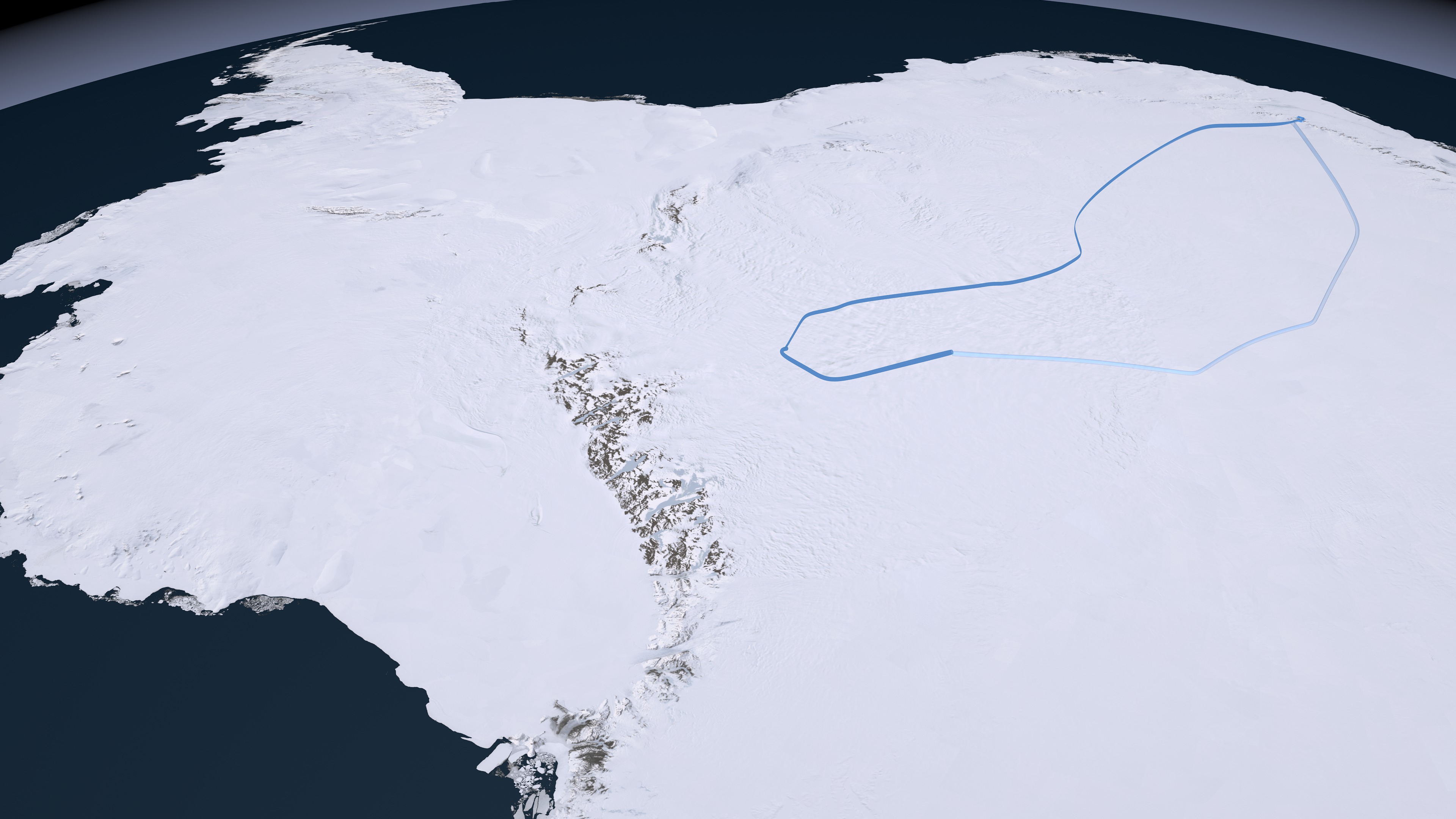 Download Options
The 4,900-kilometer roundtrip journey will take place in the high elevations of the continent, generally between altitudes of 3,000 and 4,000 meters above sea level. Troll Station itself is at about 1,270 meters and the South Pole rises to nearly 3,000 meters. The light blue curve represents leg #1 from November 2007 through January 2008. The darker blue curve represents leg #2 from December 2008 through February 2009. 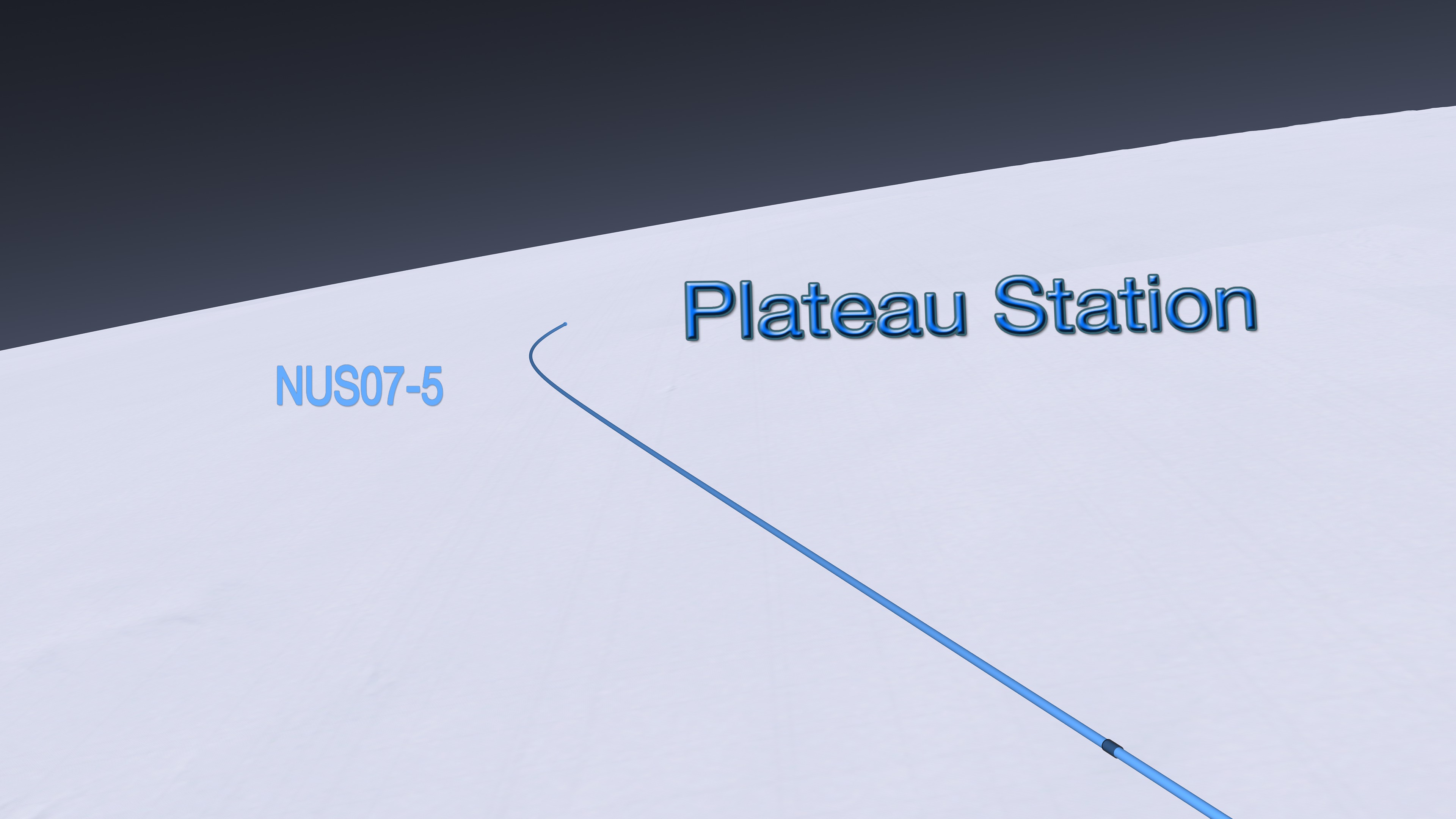 Download Options
The Norwegian-US Traverse team arrived at historic Plateau Station on December 22, 2007, which is just a little more than halfway on their journey to the South Pole. 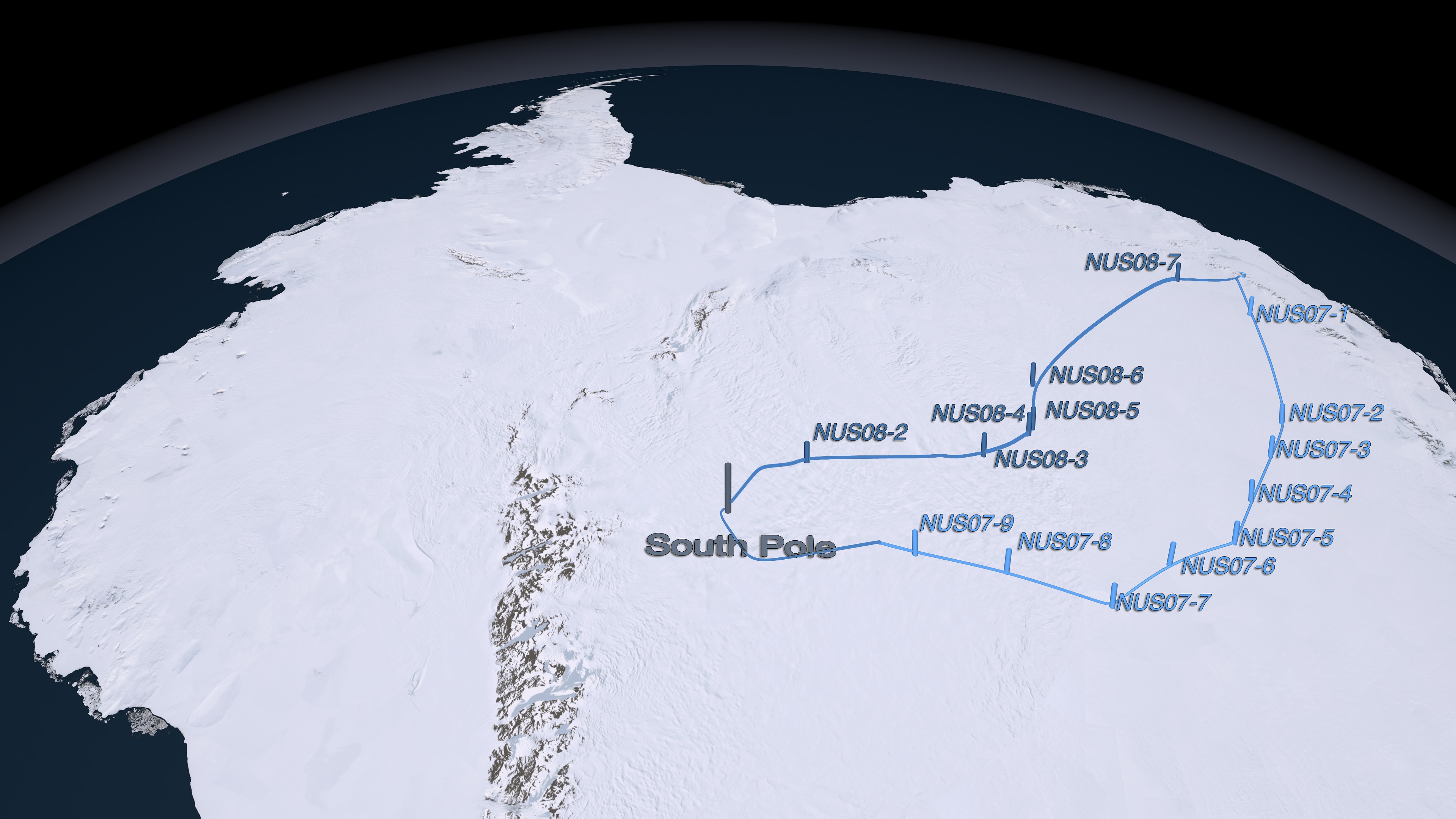 Download Options
The ice core locations from the 2007/2008 traverse are shown in light blue and the 2008/2009 locations are in darker blue. Ice cores provide a unique archive for studies of past climate conditions. Scientists study a multitude of different parameters in the ice cores, including electrical properties, isotopic composition, chemical composition, physical properties, and firn temperature. Electrical properties allow detection of volcanic ash layers in the ice cores whereas analysis of e.g. oxygen isotopes and chemical profiling provides information of temperature variations and atmospheric conditions. Together, our studies will allow for a detailed picture of snow characteristics and help with the determination of accumulation rates as well as interpretation of radar data. 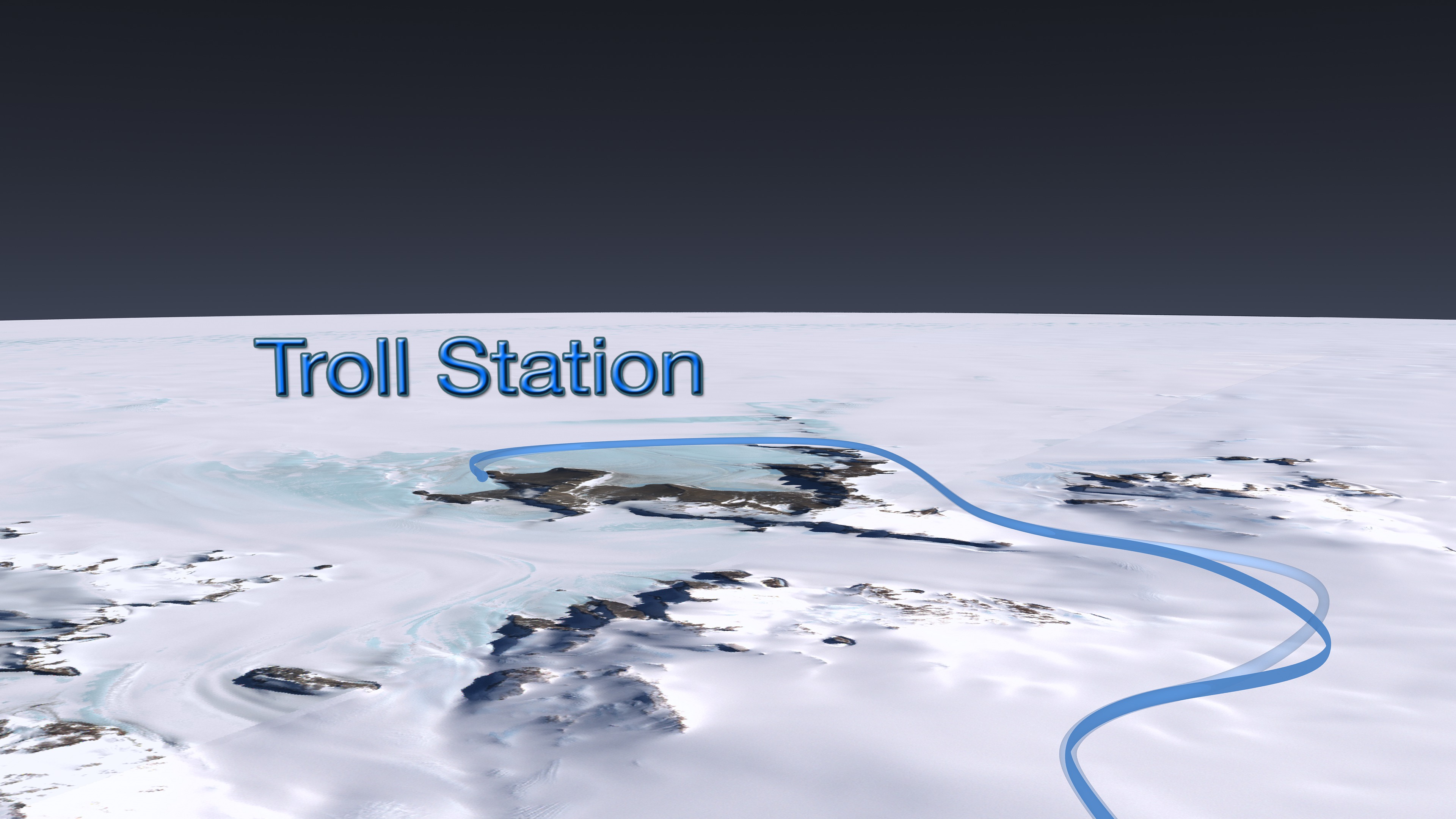 Download Options
The traverse starts and ends at the Troll Station. The light blue path represents the first leg and the darker blue represents the return leg. 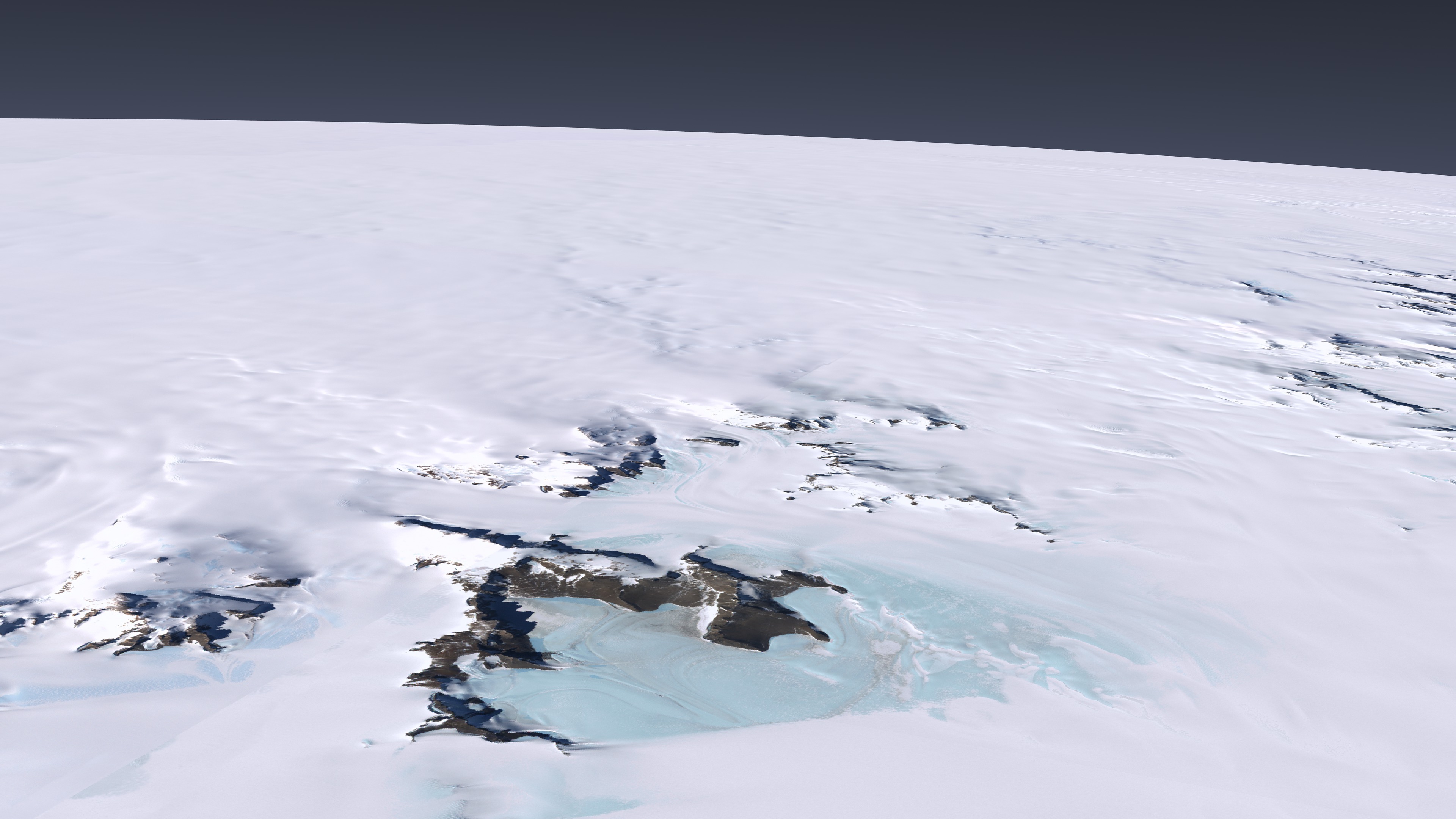 Download Options
A view of the region around theTroll Station without any lablels or paths.

Data Compilation - NASA and the Norwegian Polar Institute - 11/16/2007 - 2/12/2009
view all stories where this data set is used
Note: While we identify the data sets used in these visualizations, we do not store any further details nor the data sets themselves on our site.

This item is part of these series:
Antarctica
Landsat Image Mosaic of Antarctica