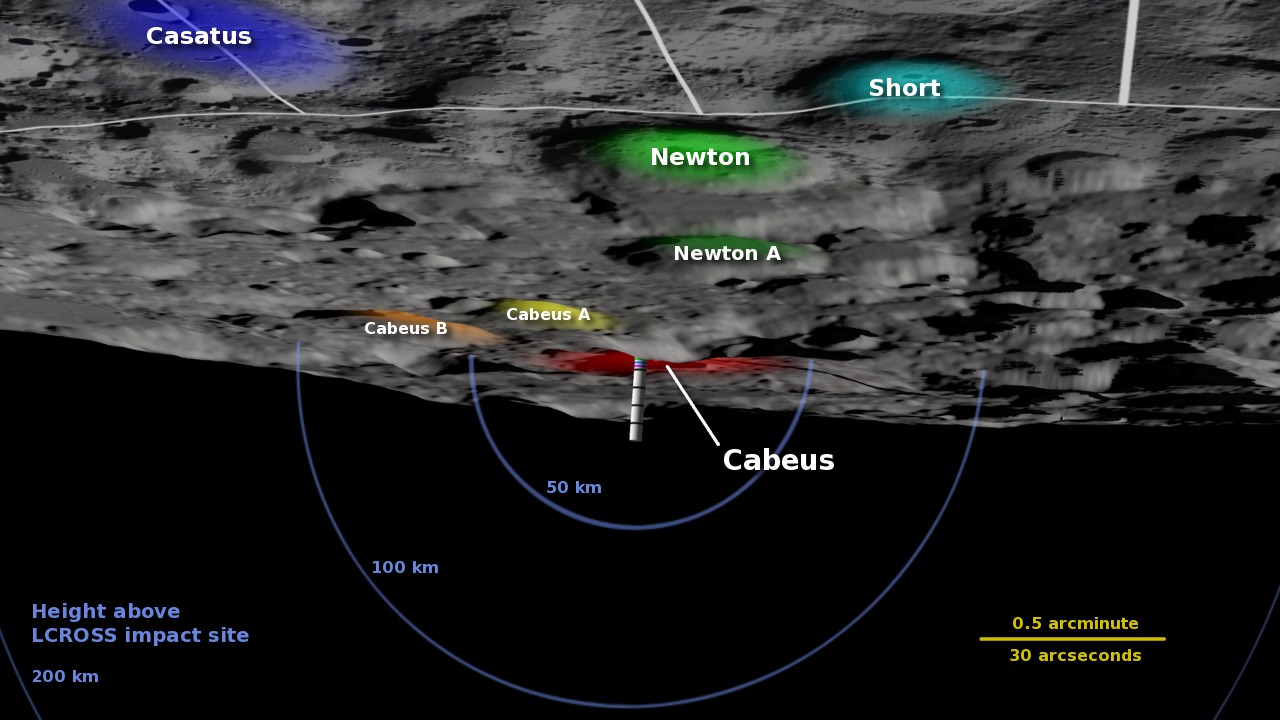 Download Options
Key lunar landmarks used to locate Cabeus crater, the site of the LCROSS crash, are colored and labeled in this view. The yellow scale shows angular distances in the plane of the impact site; blue arcs show heights 50, 100 and 200 kilometers above it. 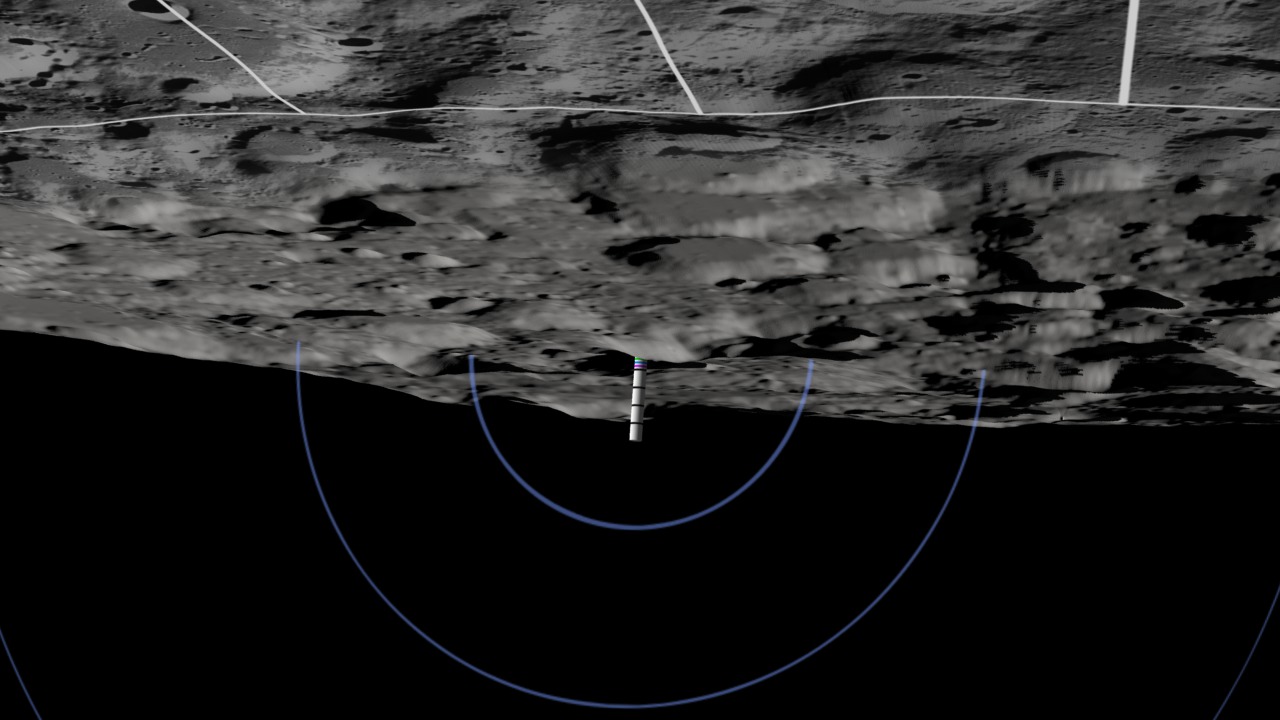 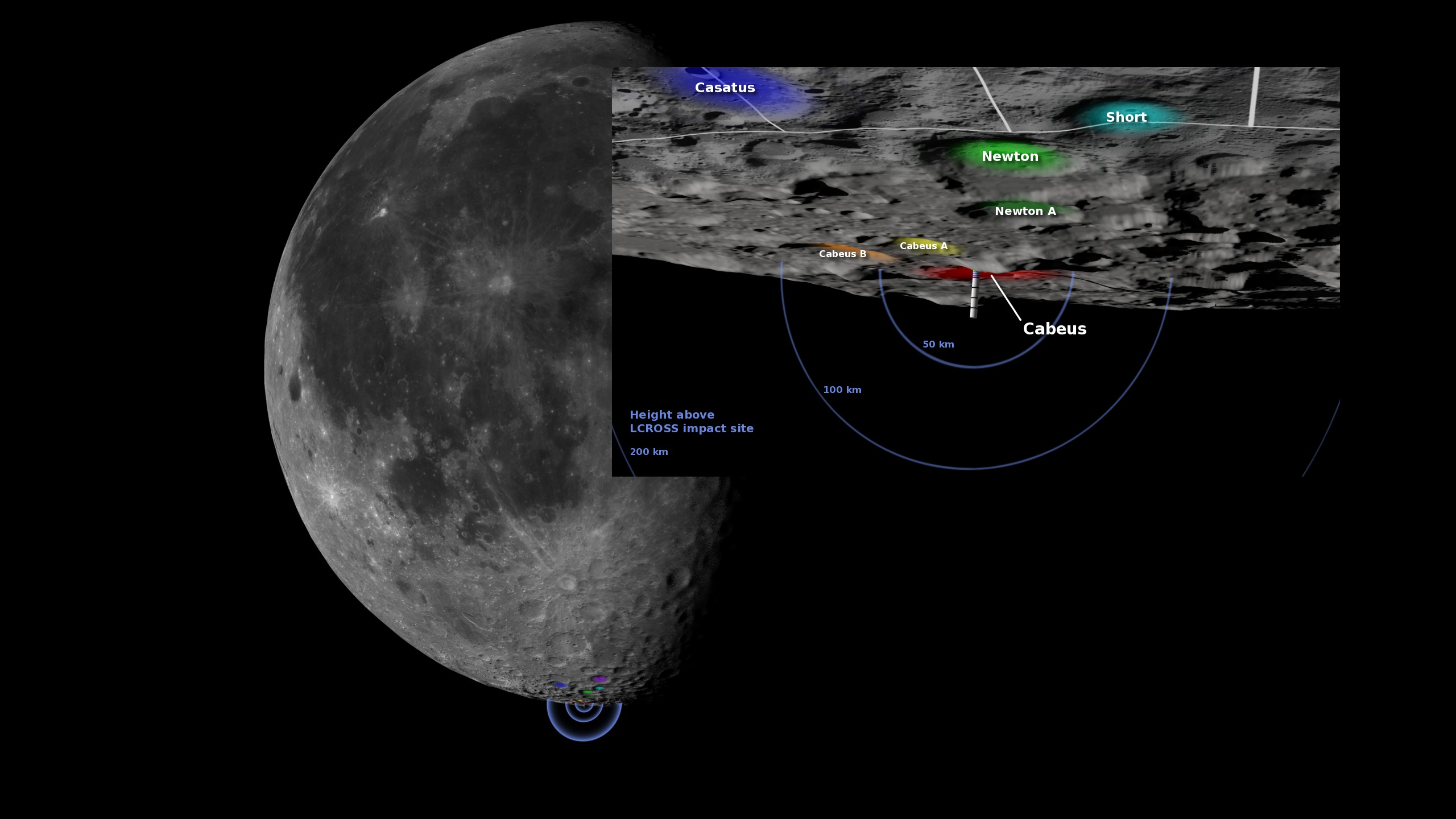 Download Options
Full disk image of the moon, with an inset containing a close-up of the impact site. A number of craters, including the target crater, are labeled in the inset. 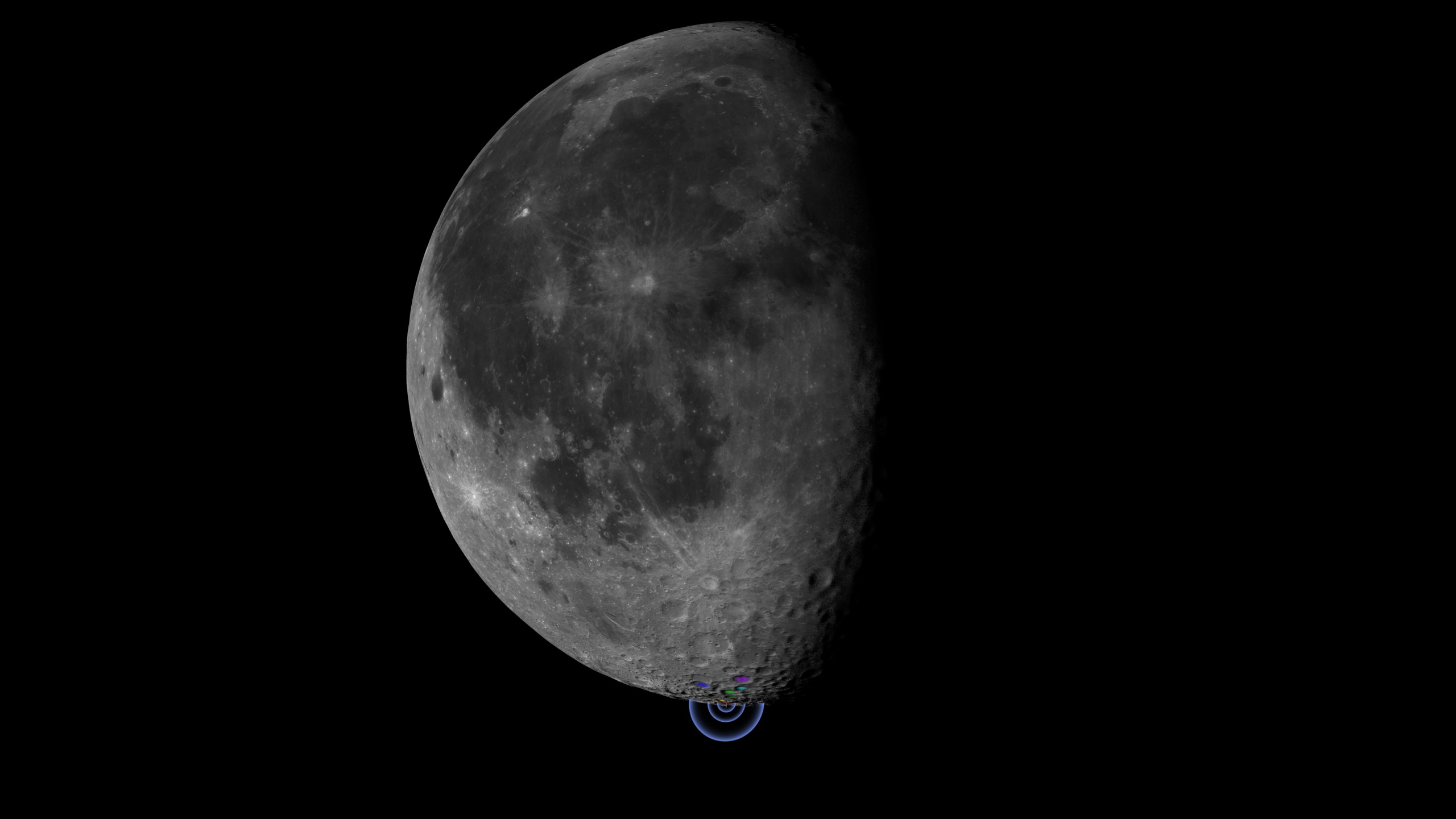 Download Options
Full disk image of the moon showing the LCROSS impact site near the south pole. Blue arcs mark distances of 50, 100, and 200 kilometers from the impact site. 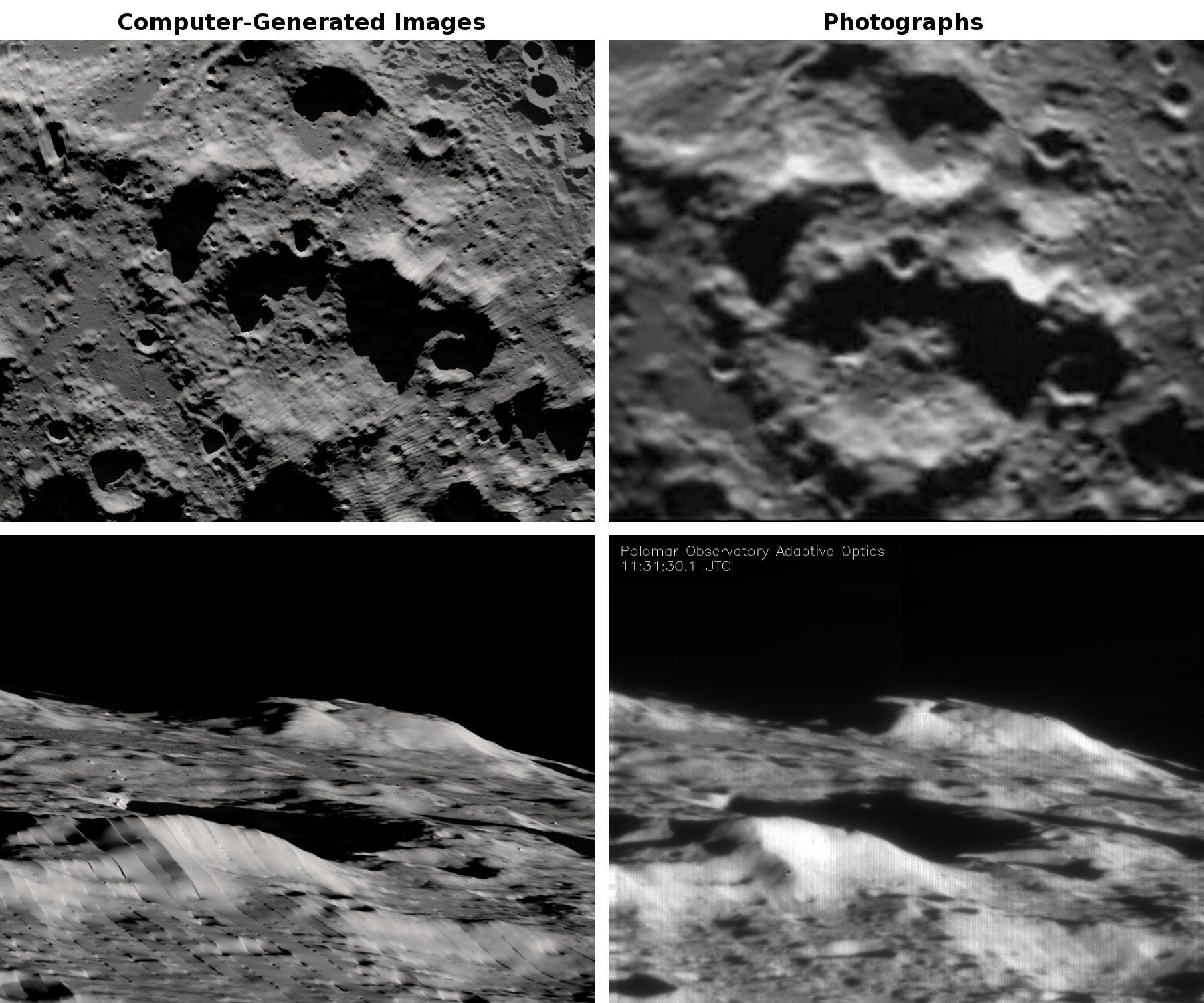 Download Options
A comparison of two visualizations (left) with images taken at the time of the impact by the NIR camera aboard the LCROSS shepherding satellite, upper right, and Palomar Observatory's 200-inch Hale Telescope, lower right.

NASA
Lunar Crater Observation and Sensing Satellite
view all stories where this data set is used
Note: While we identify the data sets used in these visualizations, we do not store any further details nor the data sets themselves on our site.