Visualizations by Lori Perkins Released on October 5, 2009
Download Options
This animation zooms into Rondonia, Brazil. It starts with a Landsat image taken in 1975 and dissolves into a second image of the same region taken in 2009. There has been a significant amount of land use change. 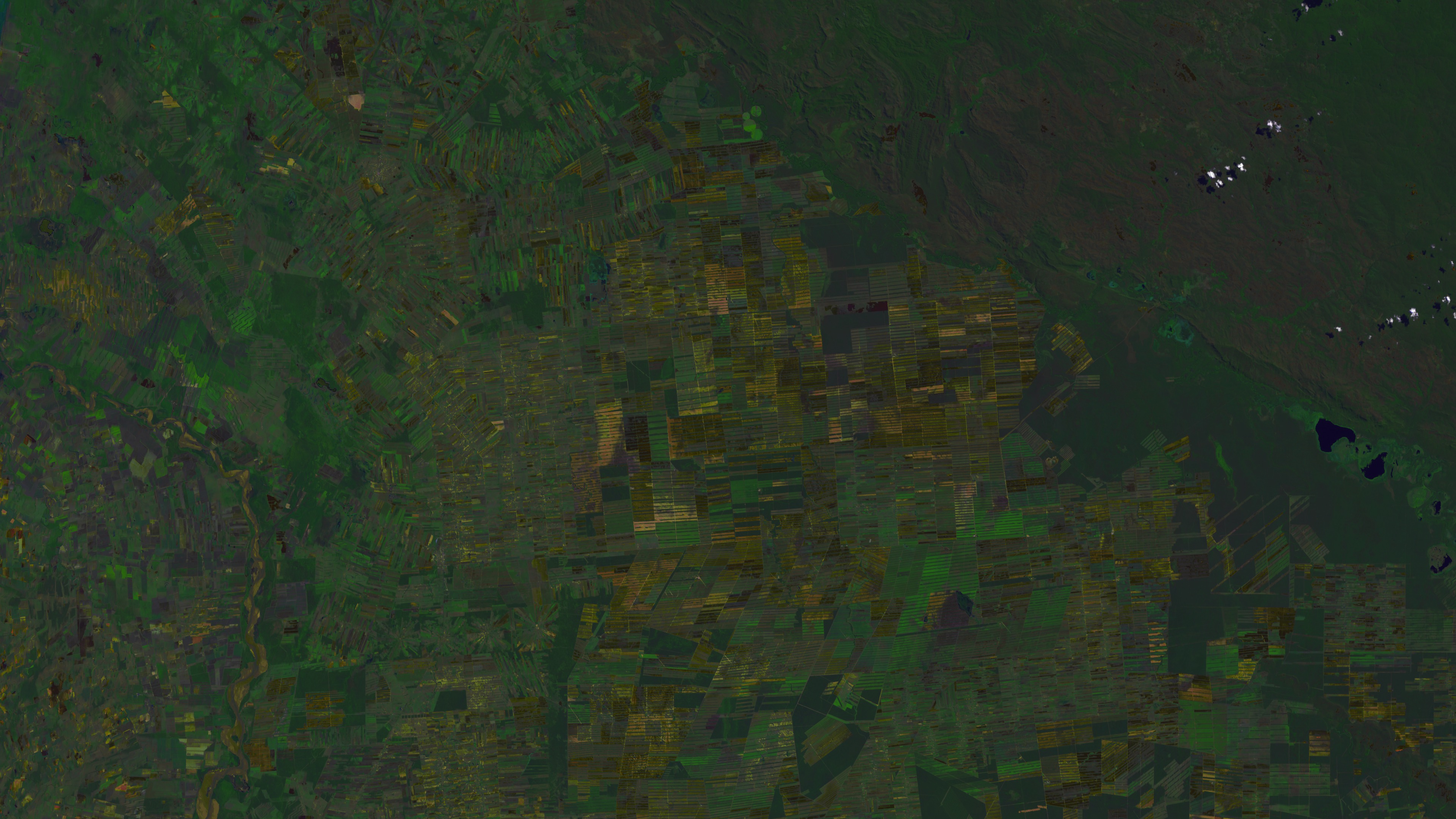