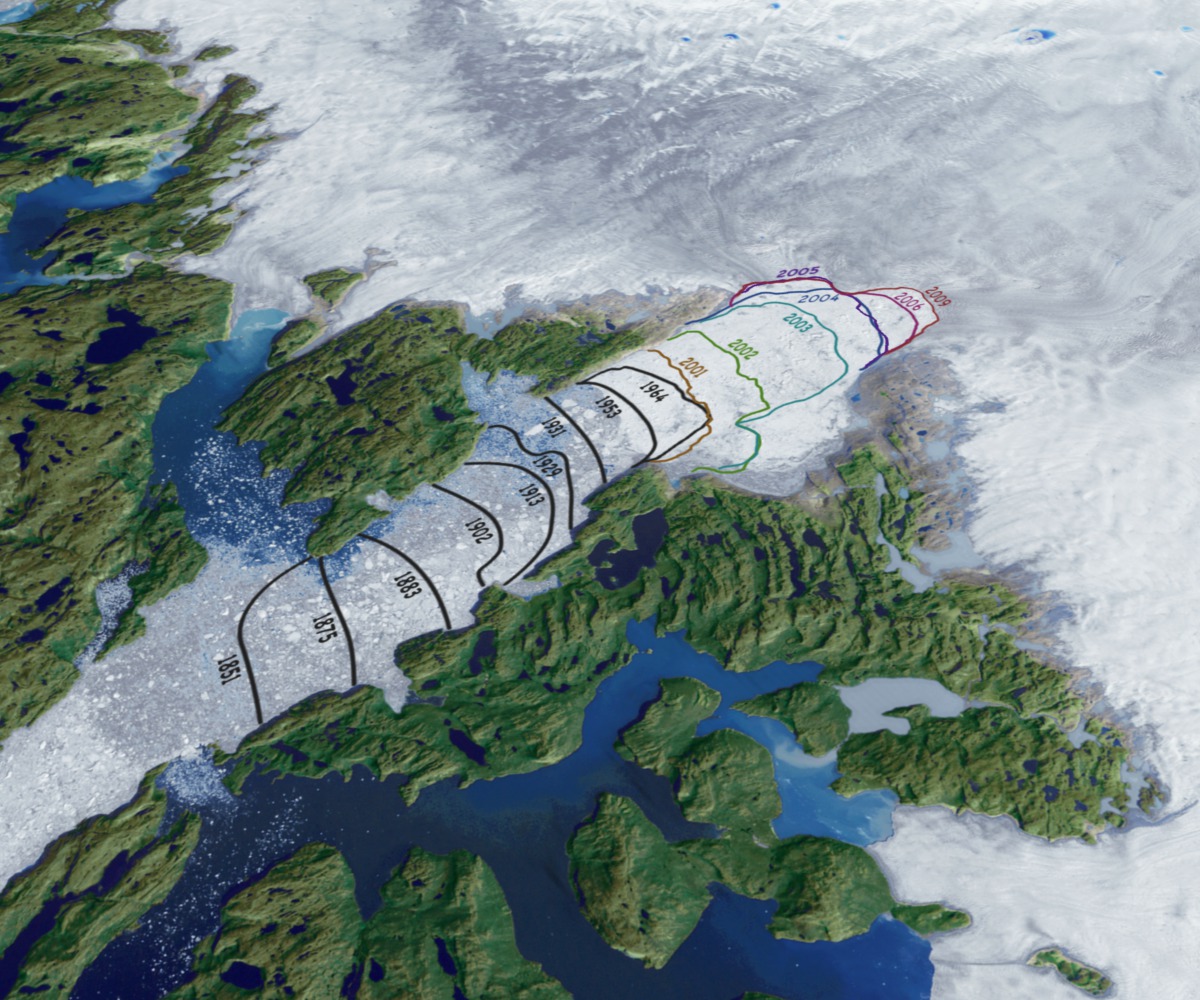 Download
In this image, the location of the successive calving fronts of the Jakobshavn Isbrae glacier between 1851 and 2009 are overlain on a Landsat image from 7/29/2009.