Visualizations by Lori Perkins Released on June 24, 2009
Download Options
This animation shows the NDVI time series in the wheat producing regions in Australia for the growing season of two drought years and one normal year. The preview image is from the 2006 drought on Oct 18, 2006. 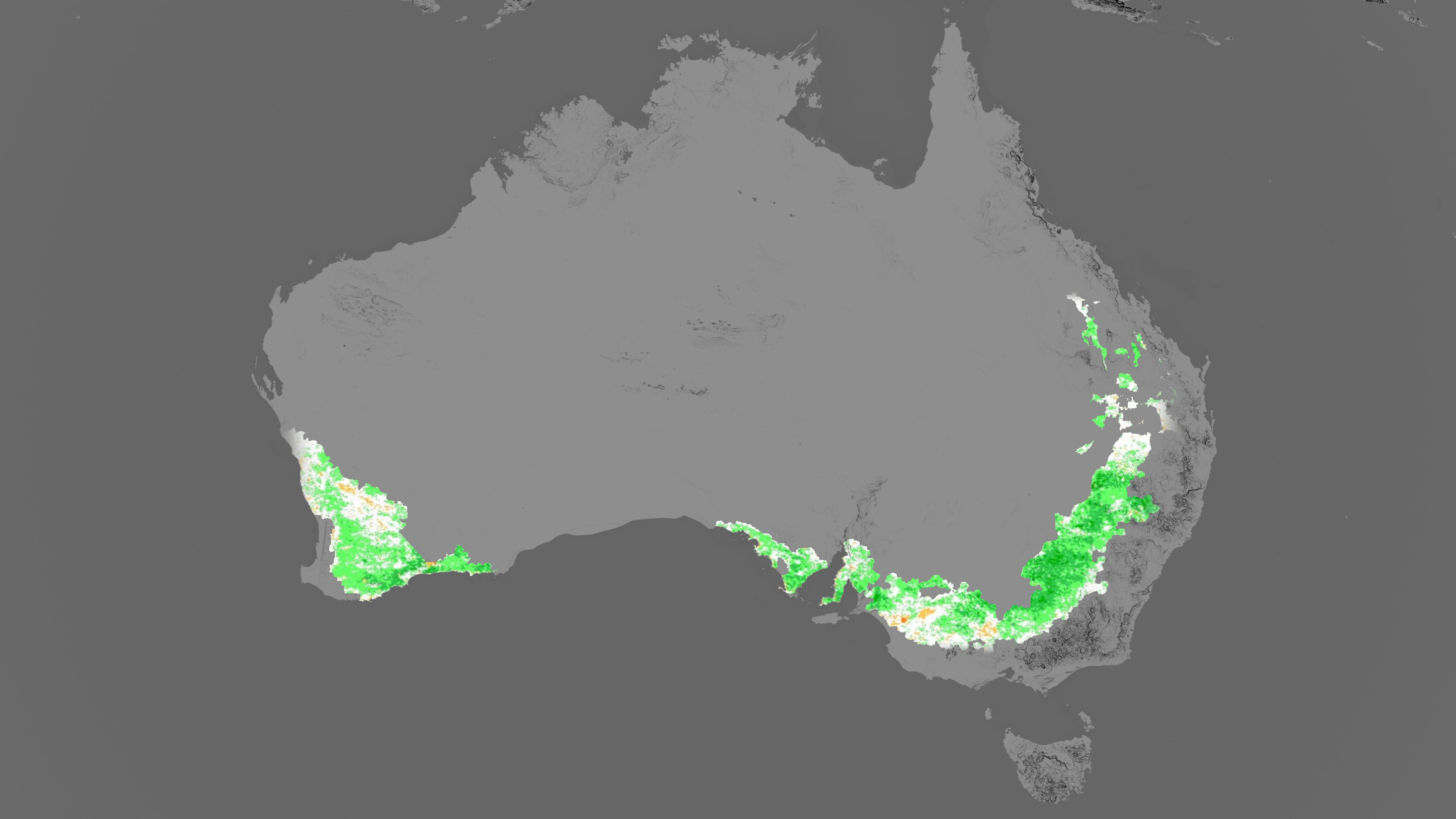 Download Options
The NDVI for the wheat producing region during the growing season in a normal year. This image is from Oct 18, 2005. 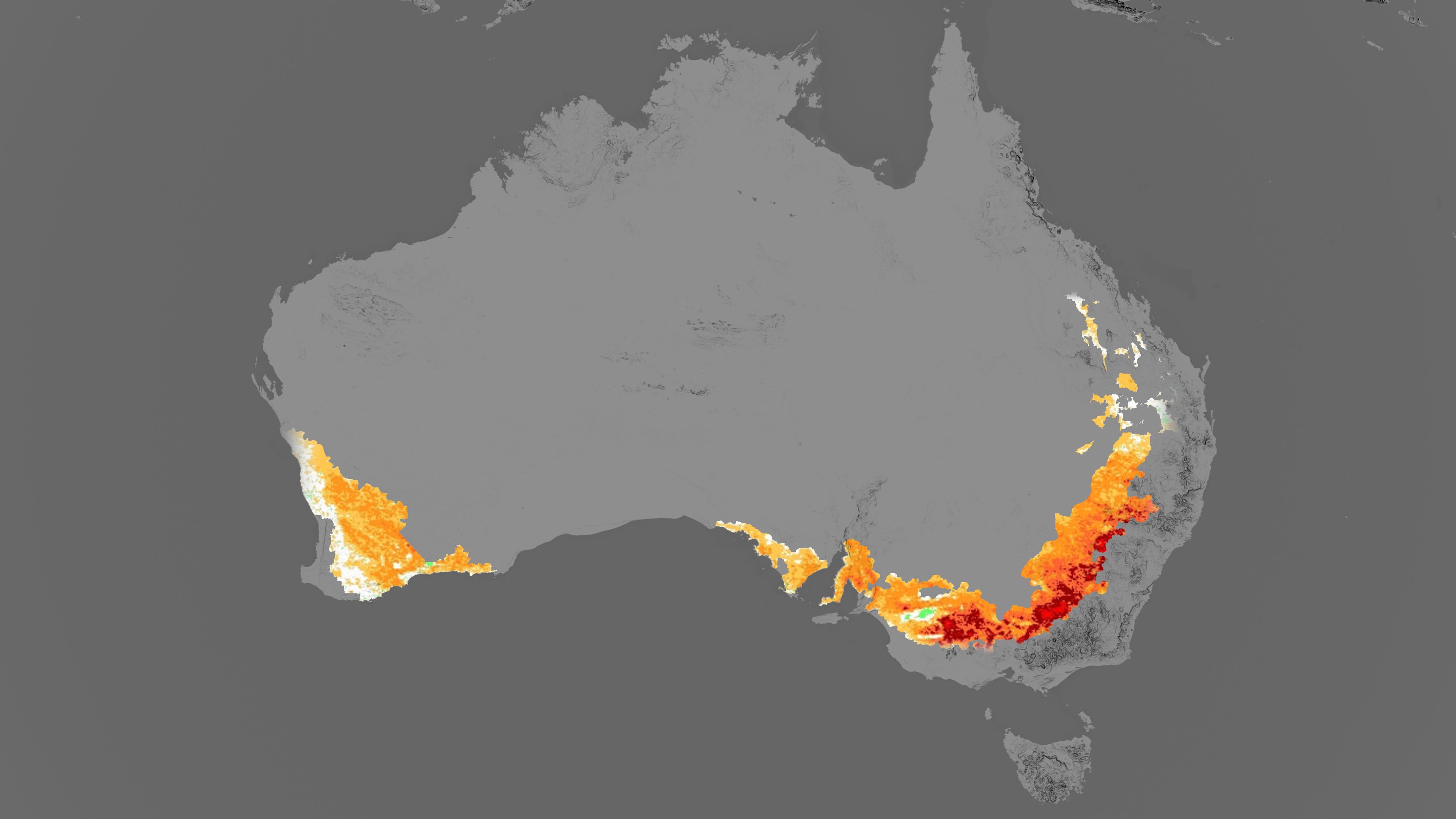 Download Options
The NDVI for the wheat producing region during the growing season in 2002's drought year. This image is from Oct 18, 2002. 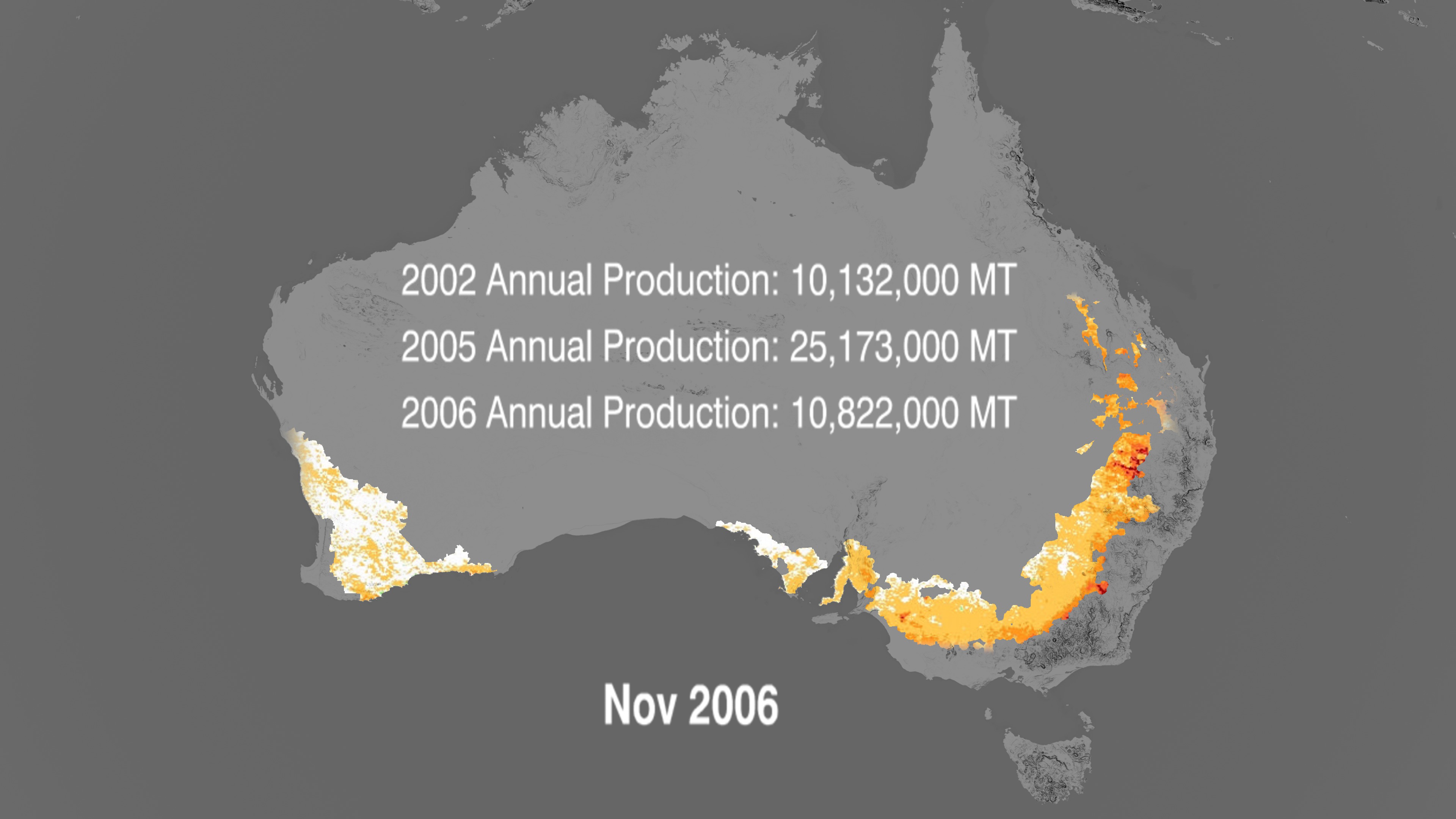 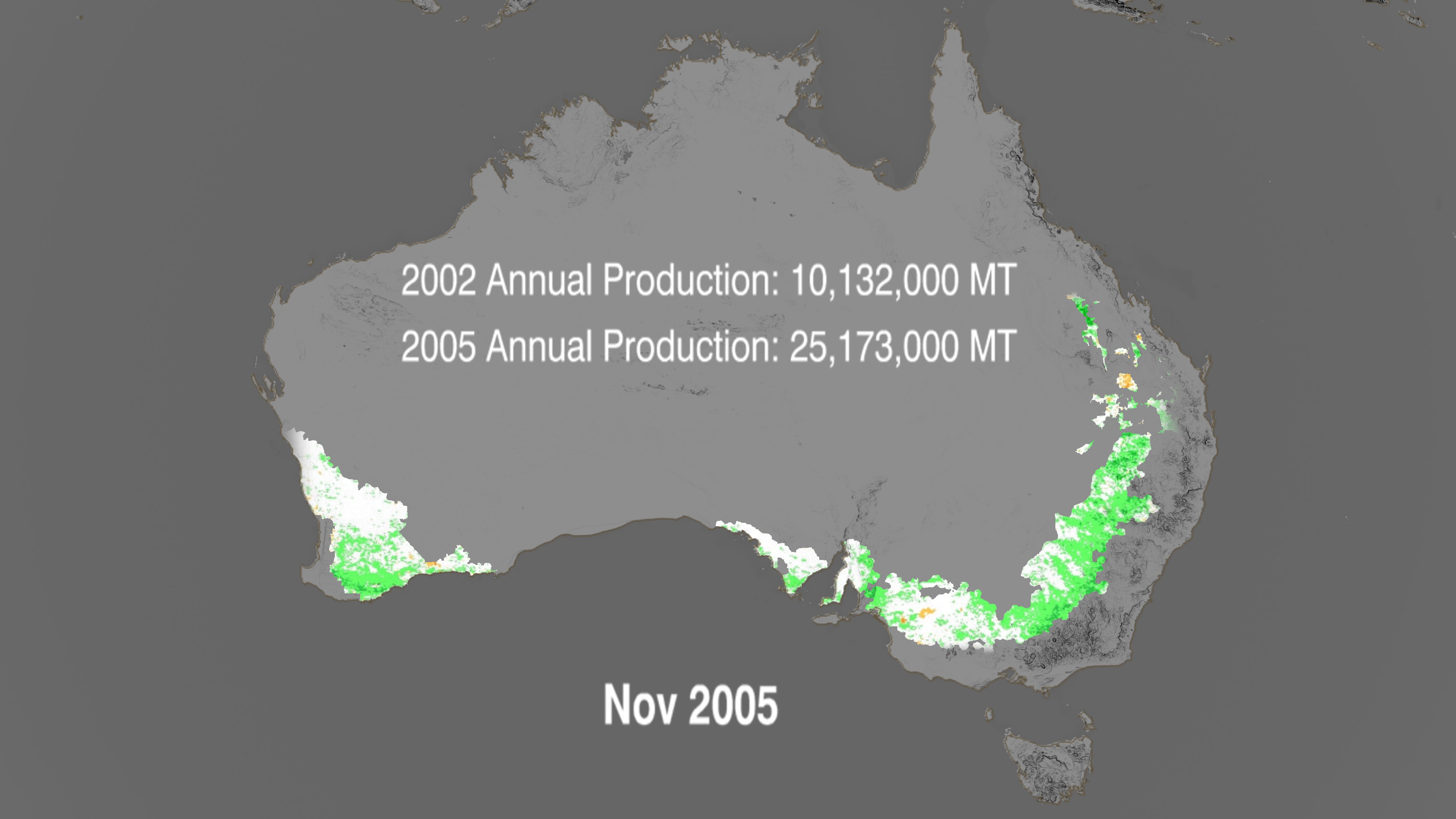 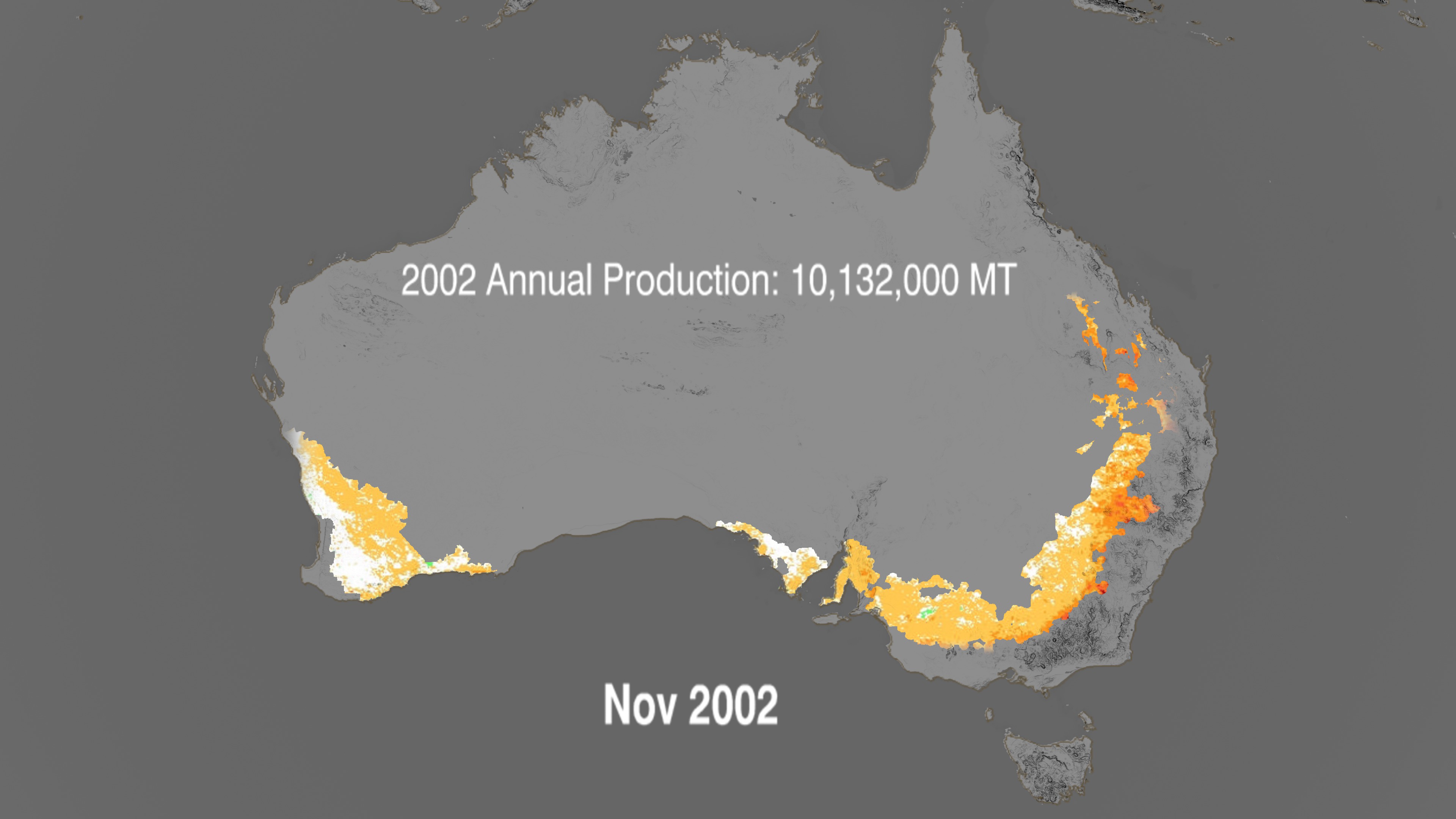 NASA
view all stories where this data set is used
Note: While we identify the data sets used in these visualizations, we do not store any further details nor the data sets themselves on our site.