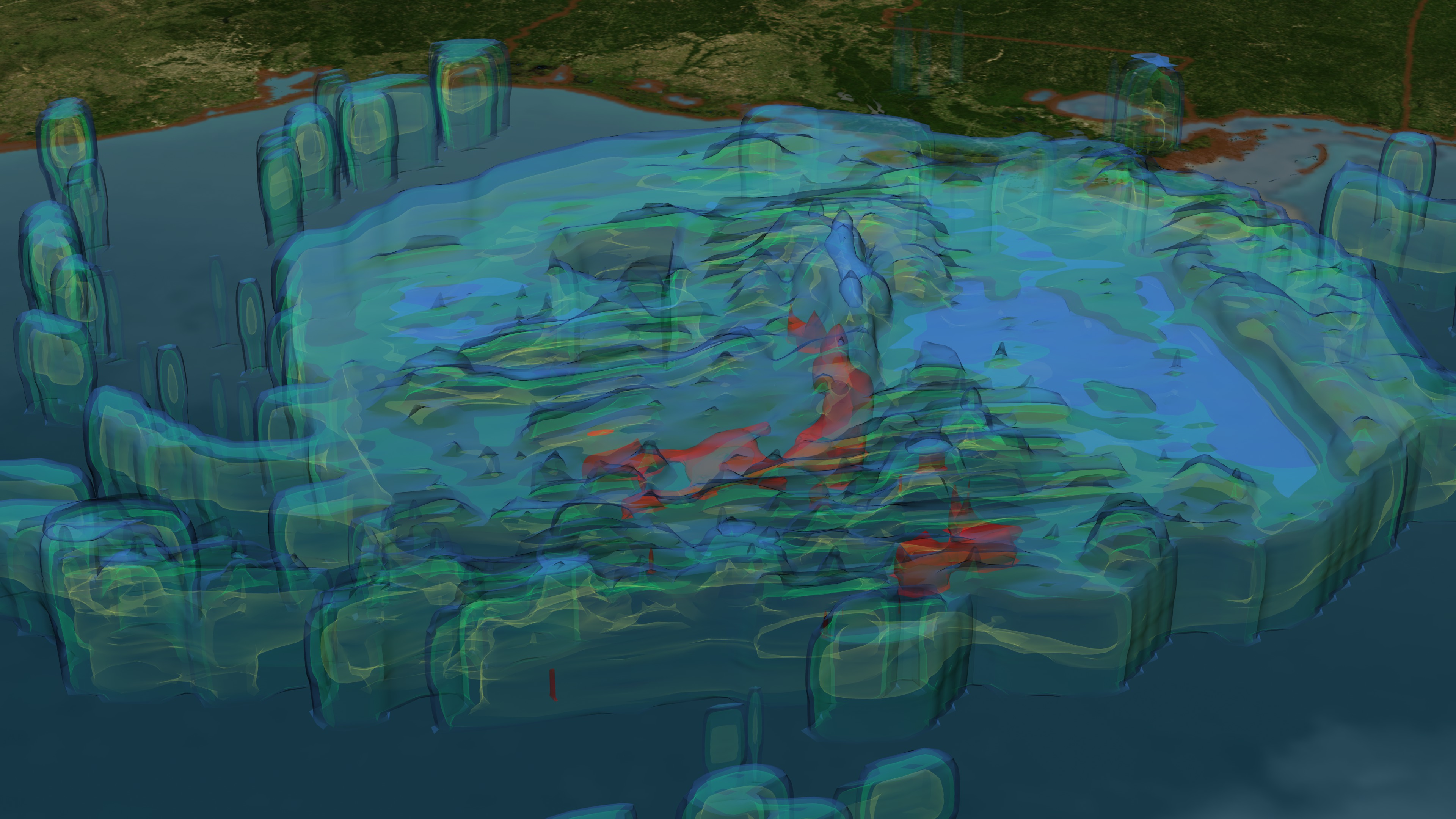 Download Options
This image is the same as the above image with the cloud cover completely removed. The intense and far-reaching rain fuels this storm. 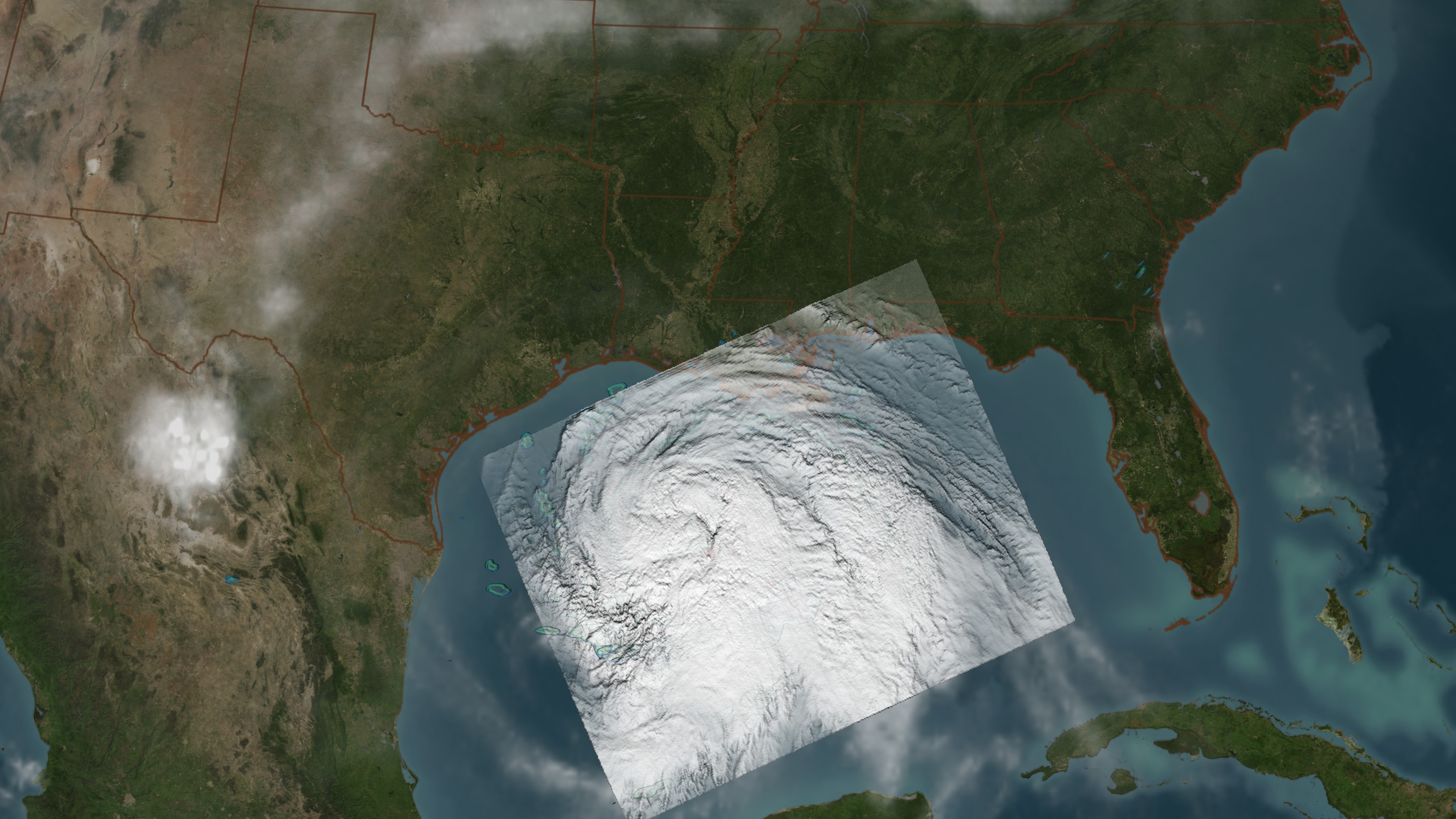 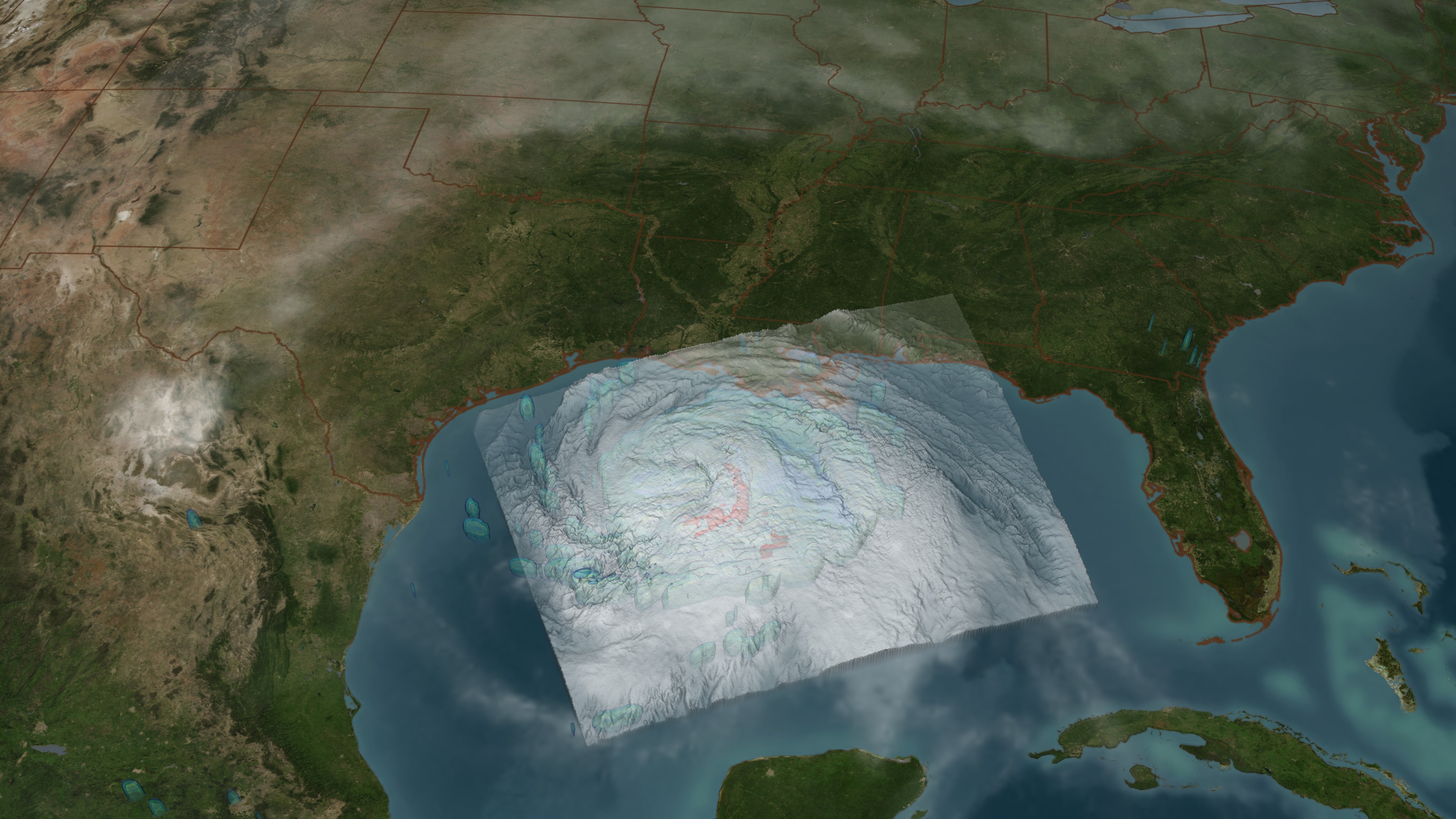 Download Options
Surge flooding up to 25 feet is expected at landfall with significant surge flooding expected up to 200 miles away from the central landfall impact.

2008/09/12
view all stories where this data set is used
Note: While we identify the data sets used in these visualizations, we do not store any further details nor the data sets themselves on our site.