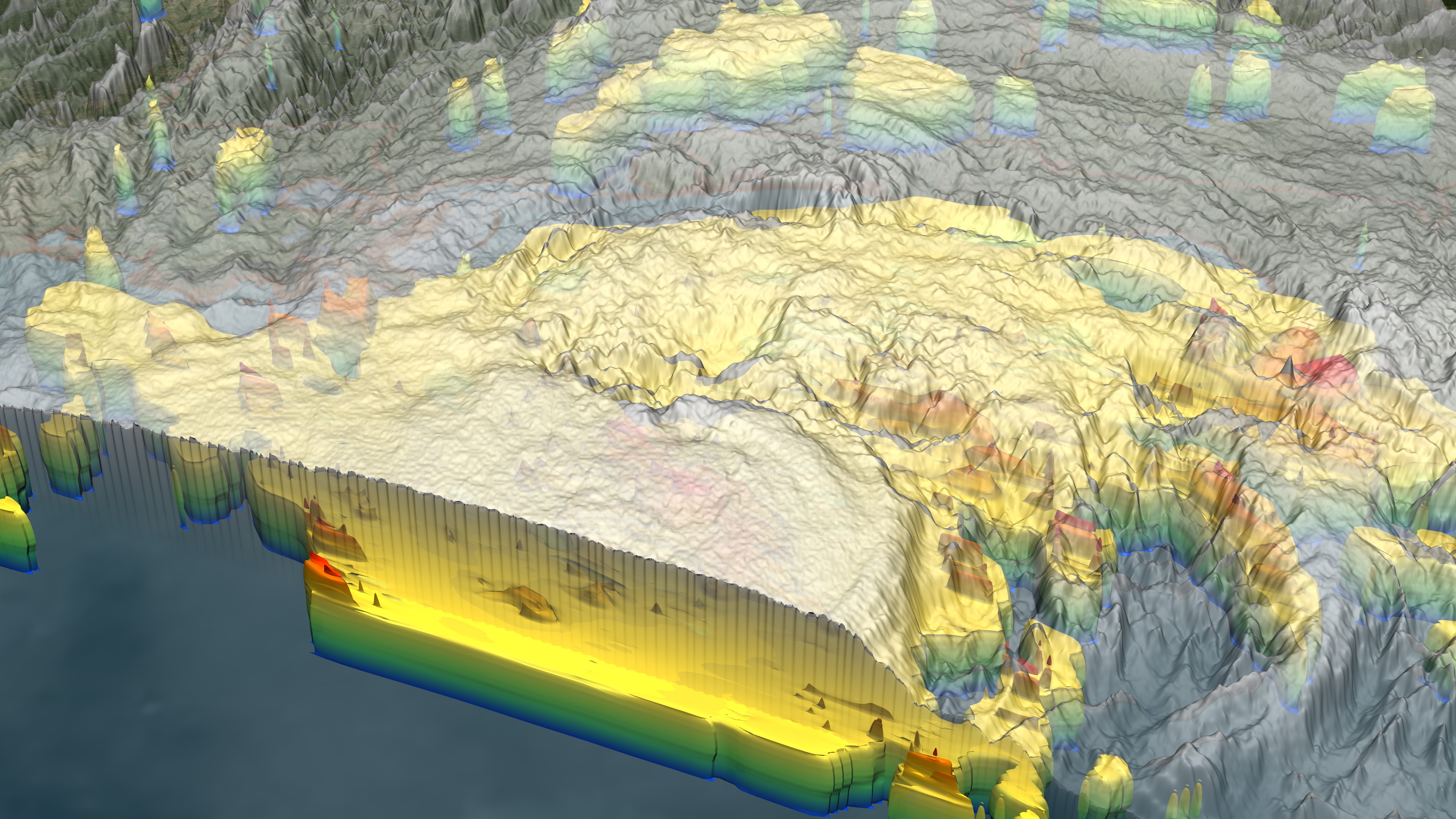 Download Options
Under the clouds is the rain that fuels this storm. The rain is colored according to the height of the clouds. 10 km convective clouds are colored red with lowered clouds colored orange to blue. 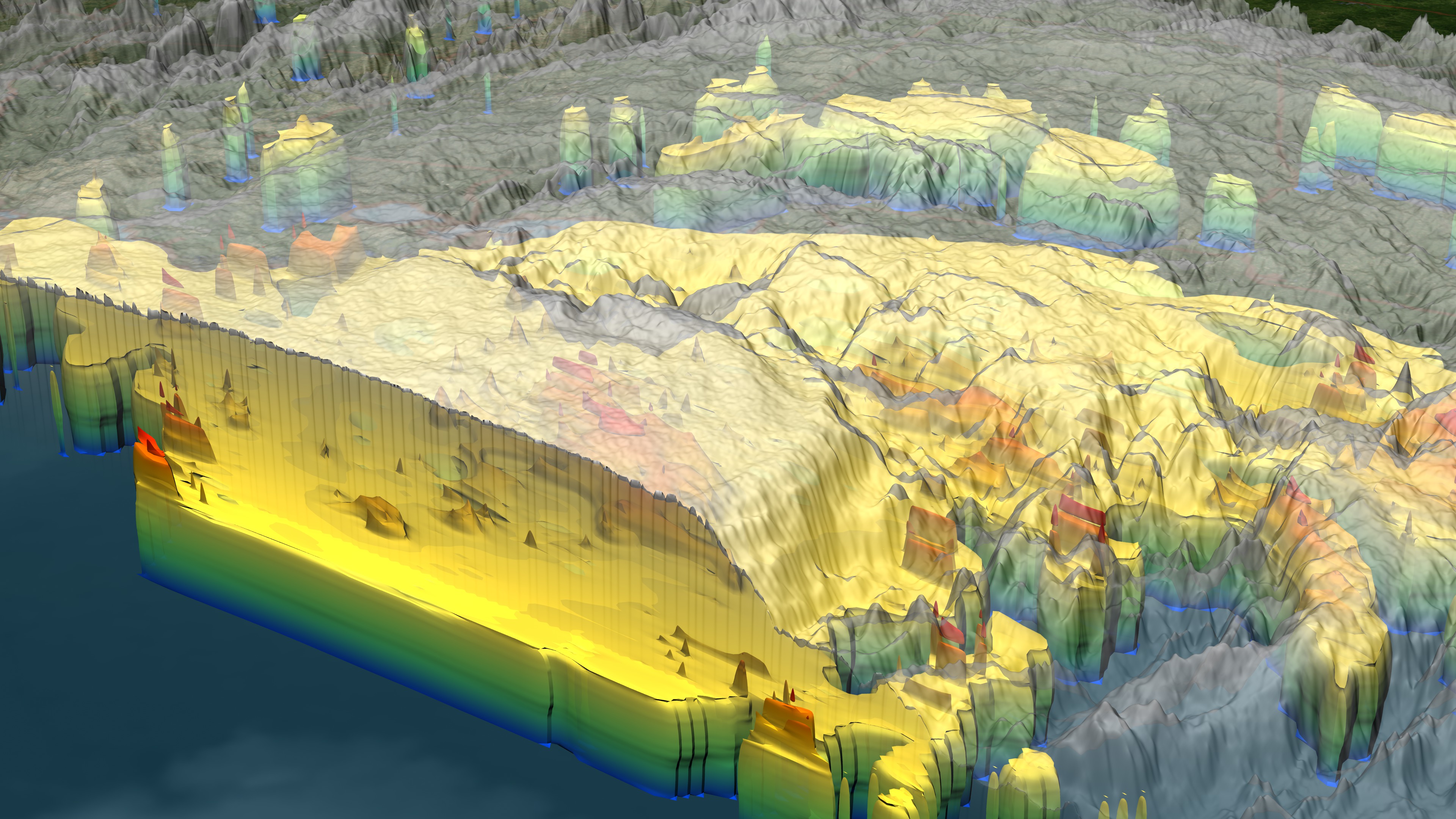 Download Options
The rainbands are not symmetrical near the eyewall. This storm is weakening. 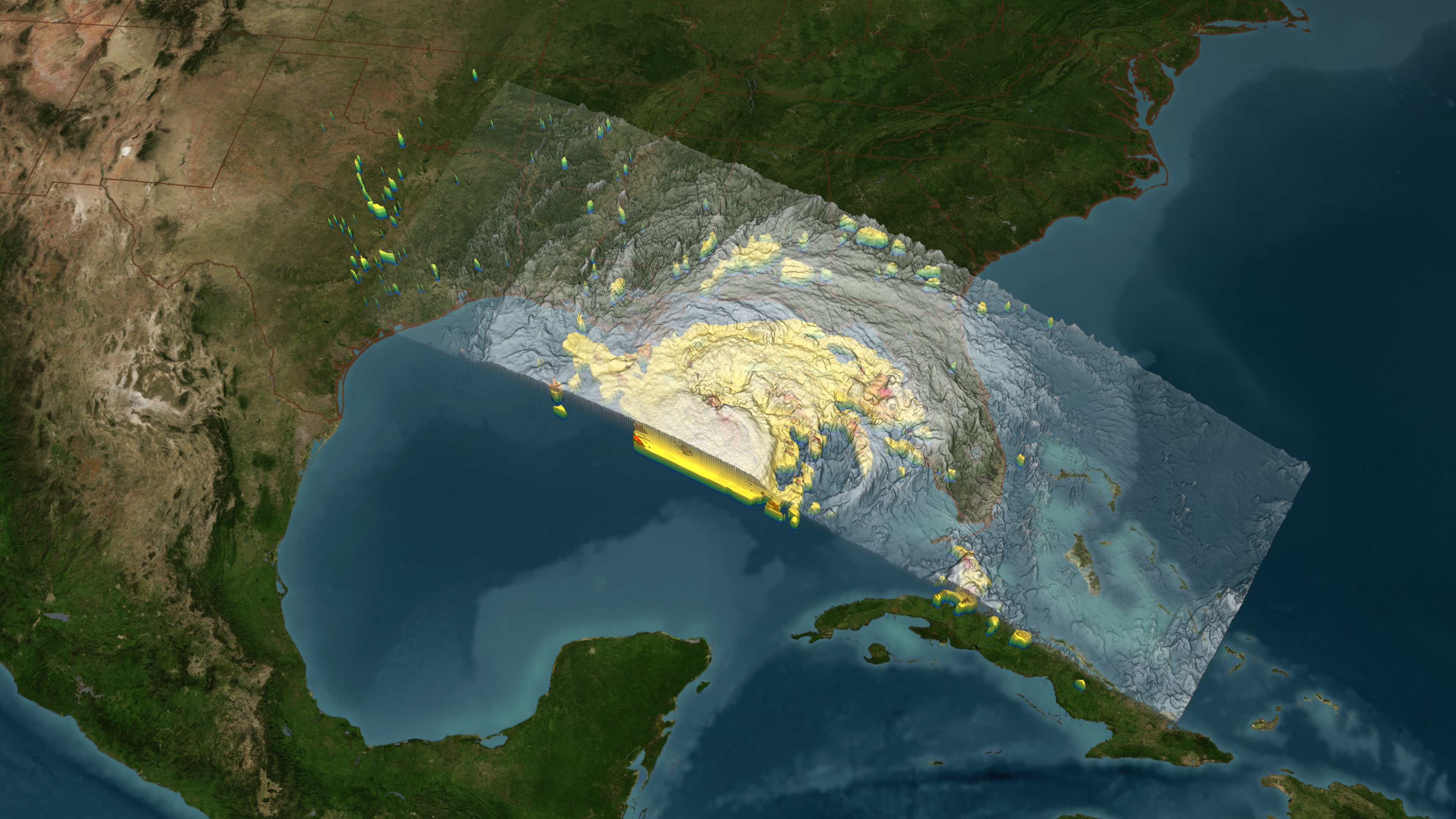 2008/08/31
view all stories where this data set is used
Note: While we identify the data sets used in these visualizations, we do not store any further details nor the data sets themselves on our site.