Visualizations by Alex Kekesi Released on September 2, 2008
Download Options
The crater depicted in this animation is ficticious and only intended for illustrative purposes. The animation begins with the reveal of a digital elevation map showing sample lunar topography illustrating the kind of data that LRO's LOLA instrument will collect. From this topographic data level surface areas can be derived as the first step to determining safe landing sites. Next, an example temperature map of the lunar surface is revealed to show the sort of data Diviner will collect. Changes in surface temperature will help determine small rock hazards, since they retain and release heat at a different rate than the surrounding regolith. Large rock hazards can be found with LROC's surface imagery. Finally, removing rock hazard areas from level surface areas reveals potential safe landing sites for future lunar missions.
Download Options
Animation of the crater itself without the text background. The raw frames provided have alpha channels, so this element can be overlaid over other visuals. 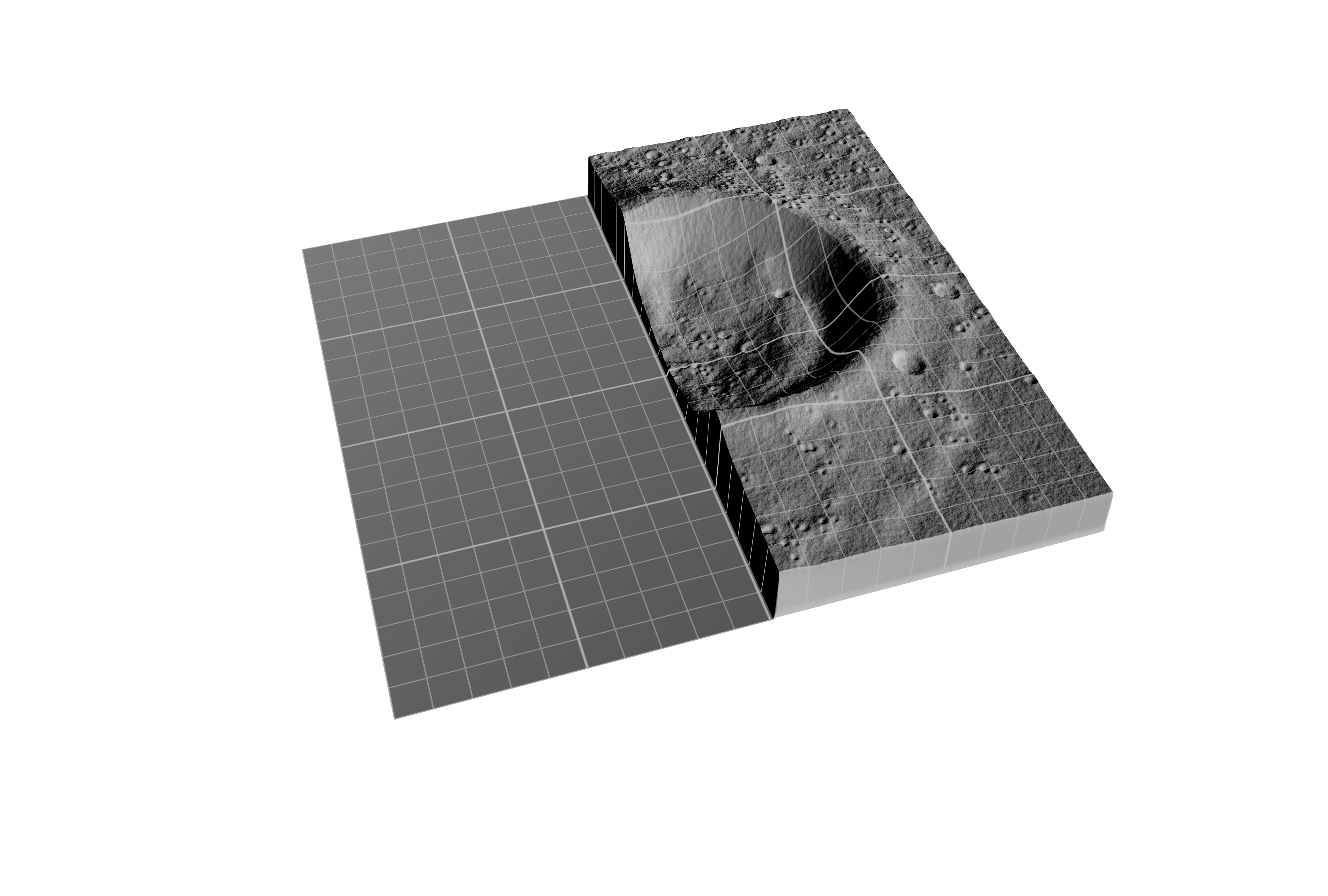 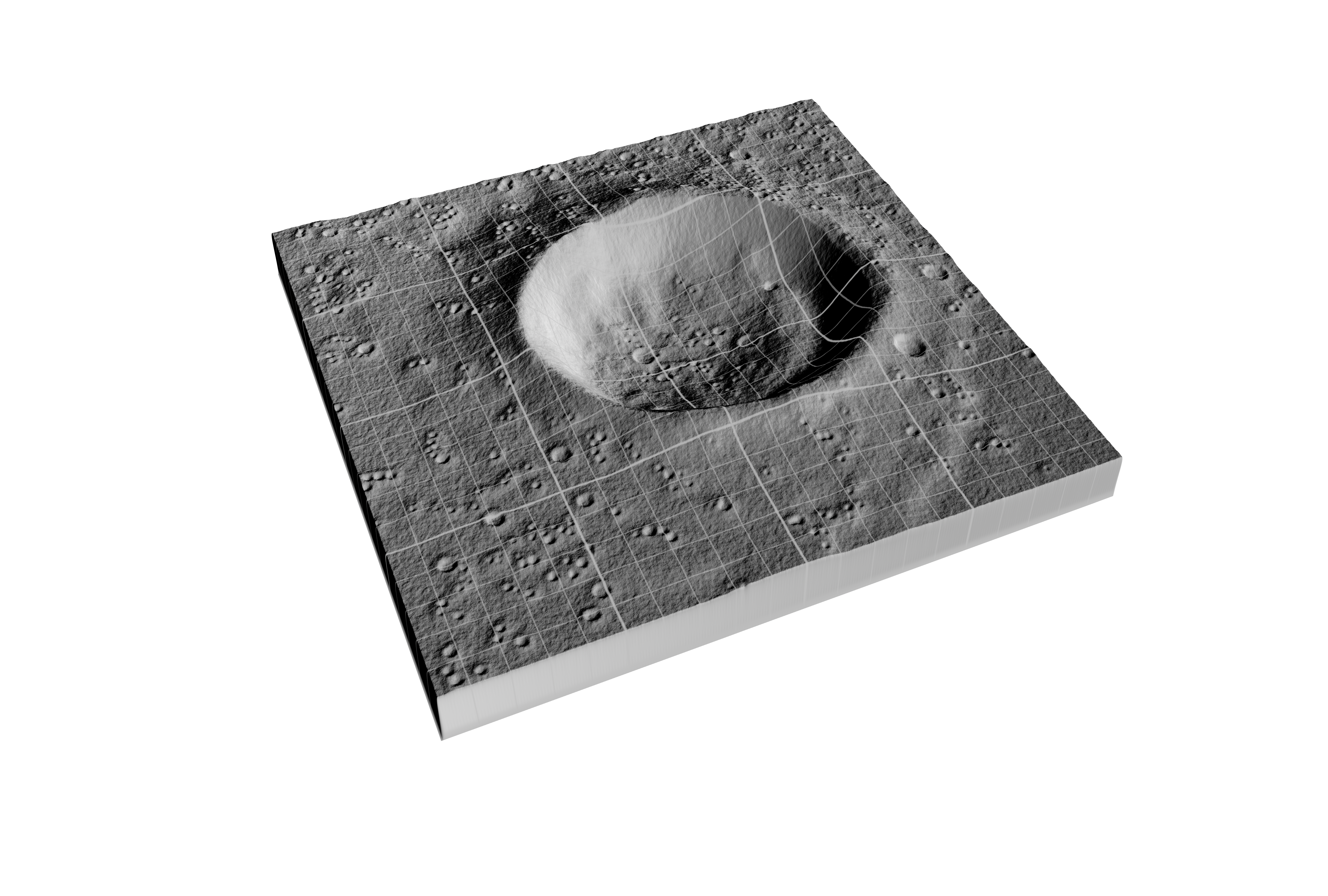 Download Options
An artist rendition showing topography of a lunar crater, as the LOLA instrument will eventually generate. 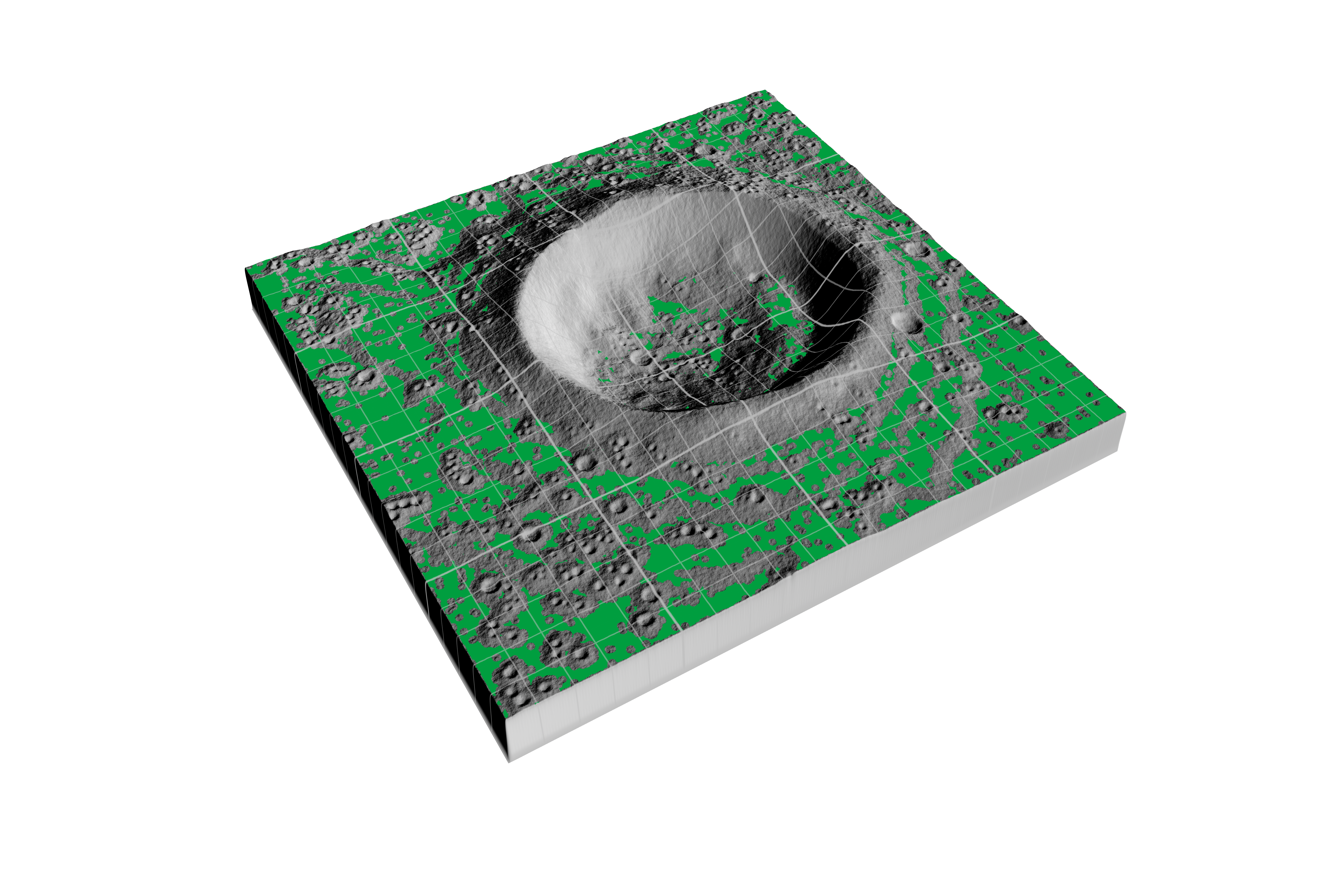 Download Options
An artist rendition showing level surfaces in and around a lunar crater. Although such surfaces may be level, they may not be safe landing sites. 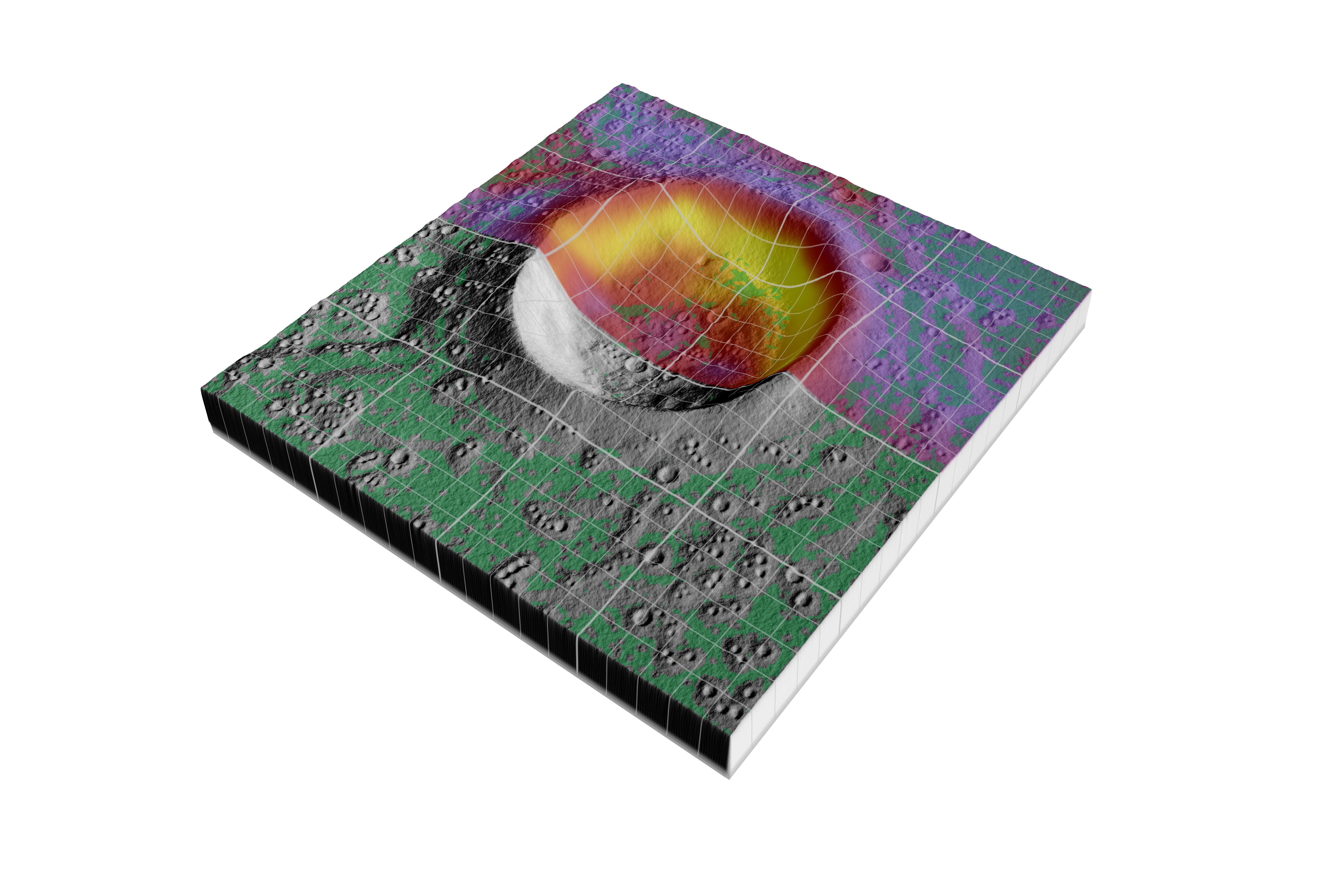 Download Options
An artist rendition of Diviner's temperature data being laid over LOLA-like topography and a derived level surface product (depicted in green). 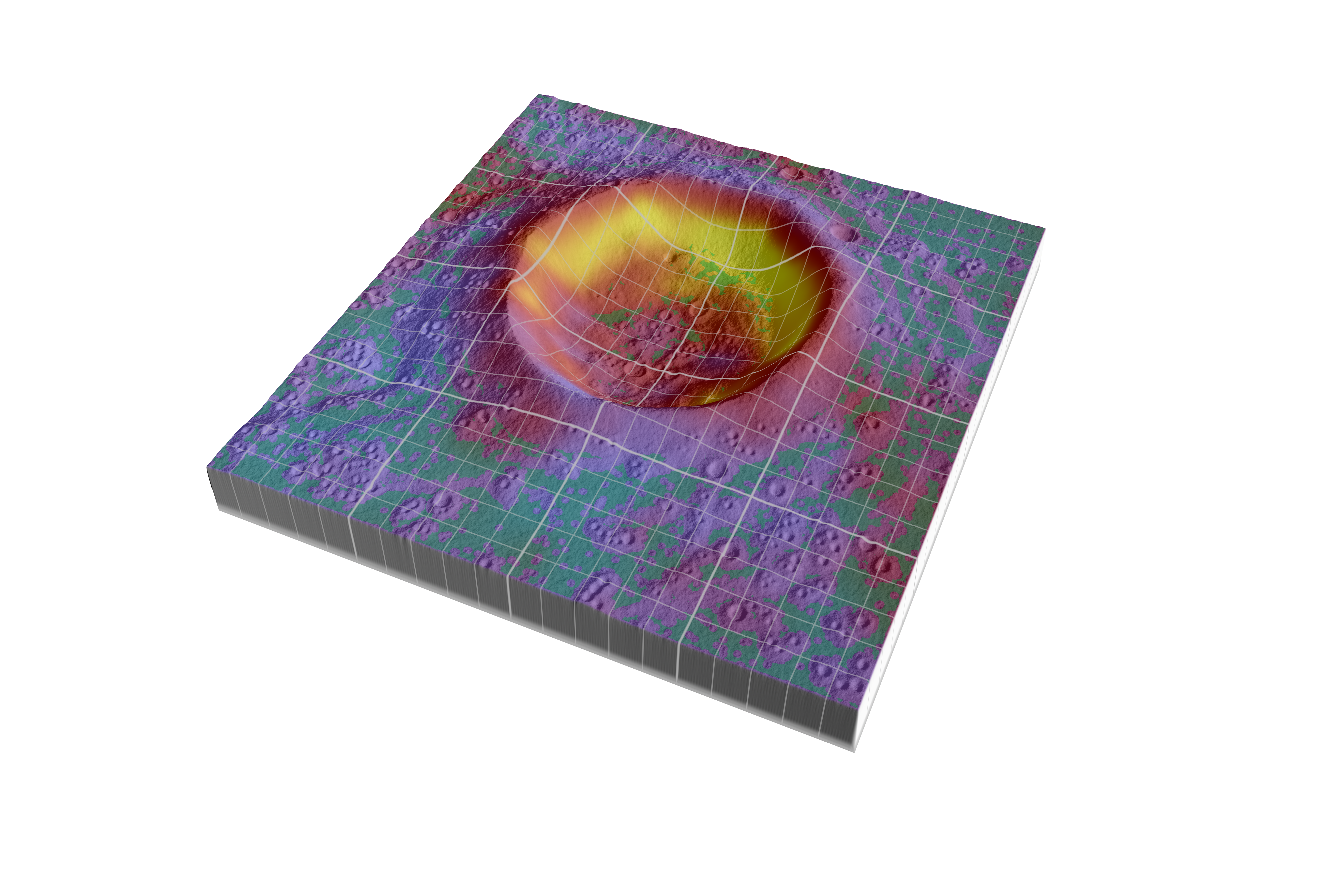 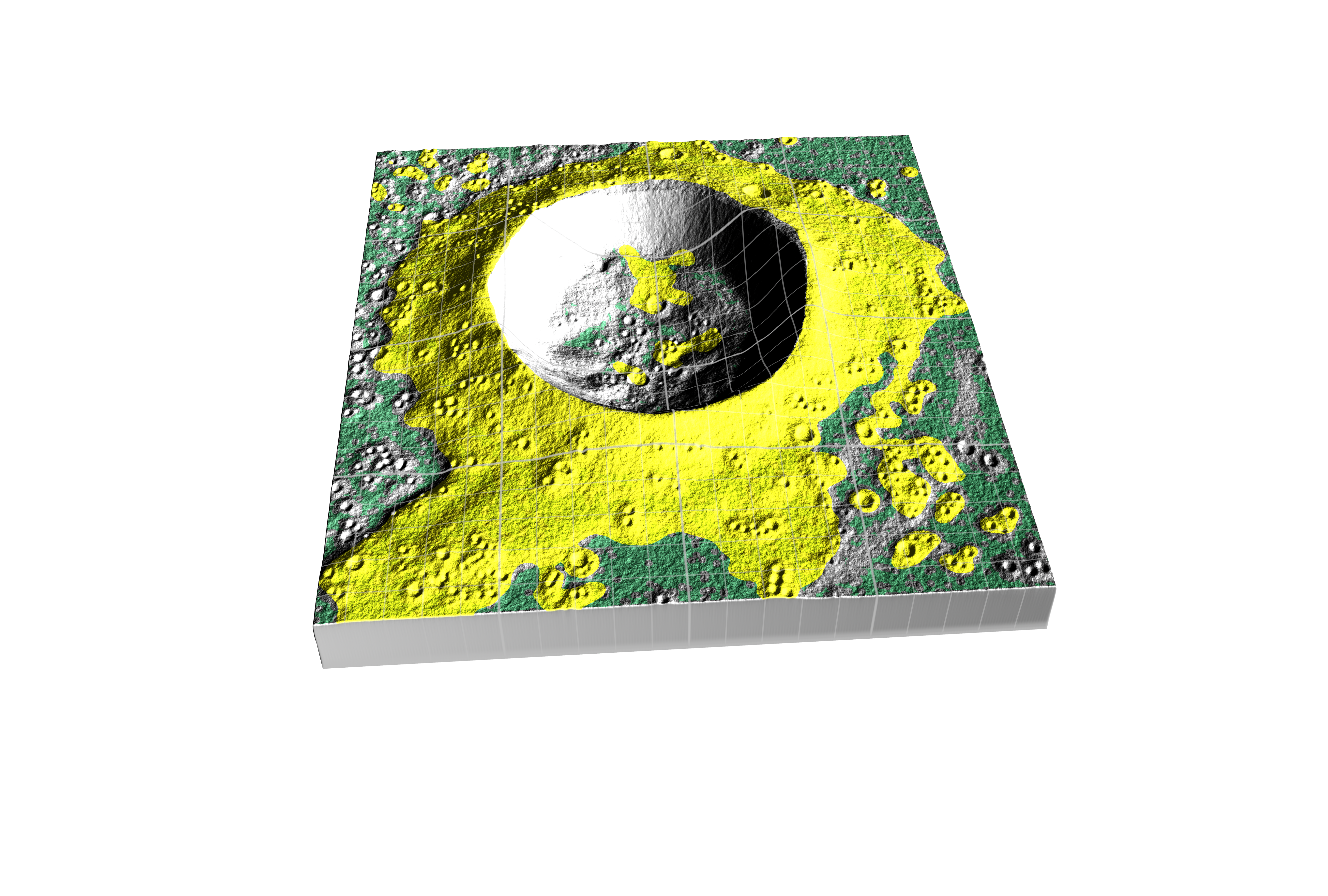 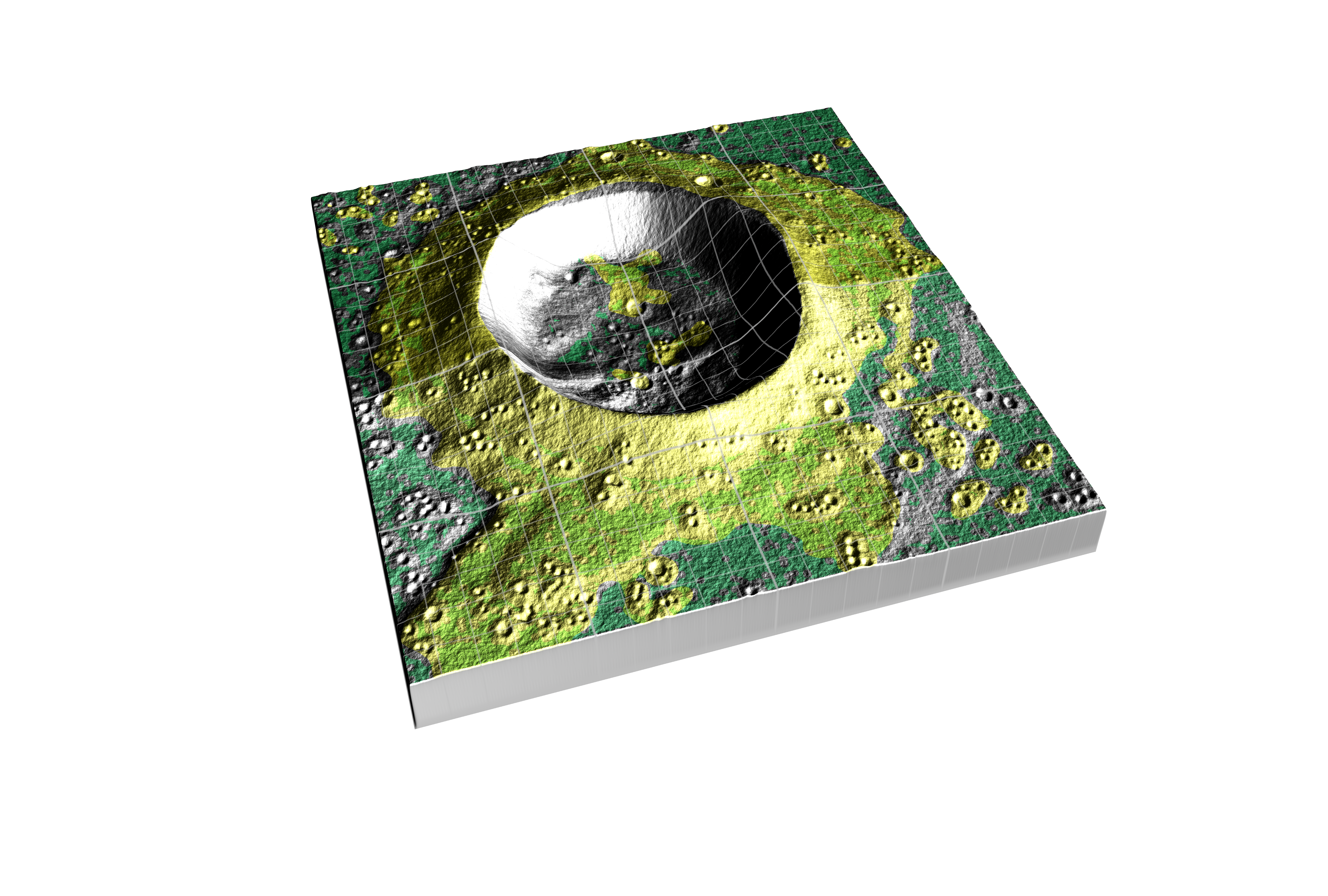 Download Options
An artist rendition of LROC's imaging data being overlaid atop small rock hazards and level surfaces. The LROC camera will provide high resolution images of the lunar surface. 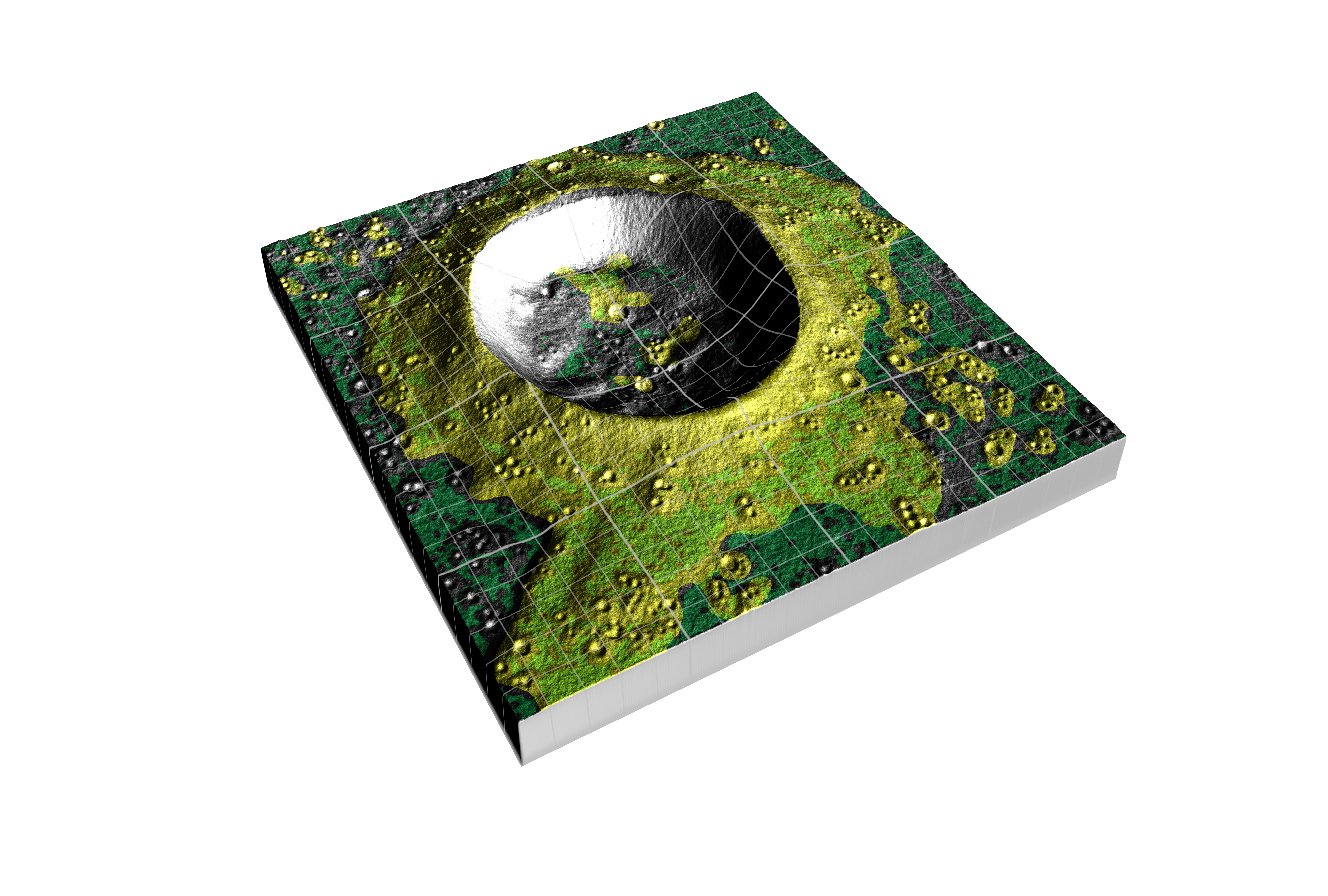 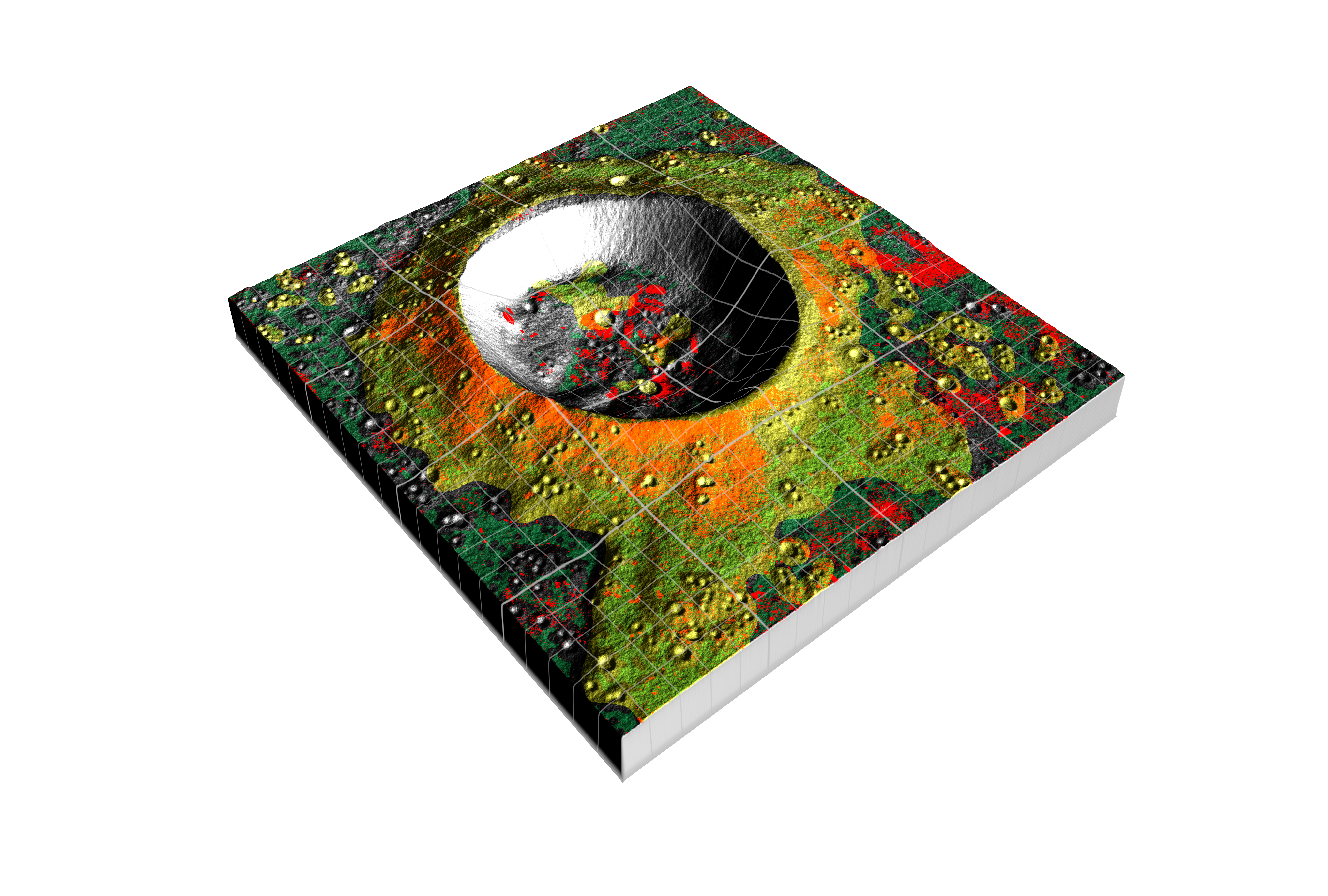 Download Options
LROC's imaging cameras will provide highly detailed images of the lunar surface. From these images, scientists can determine where large rock hazards exist. Large rock hazards found in or near level surfaces will make landing in those areas unsafe. 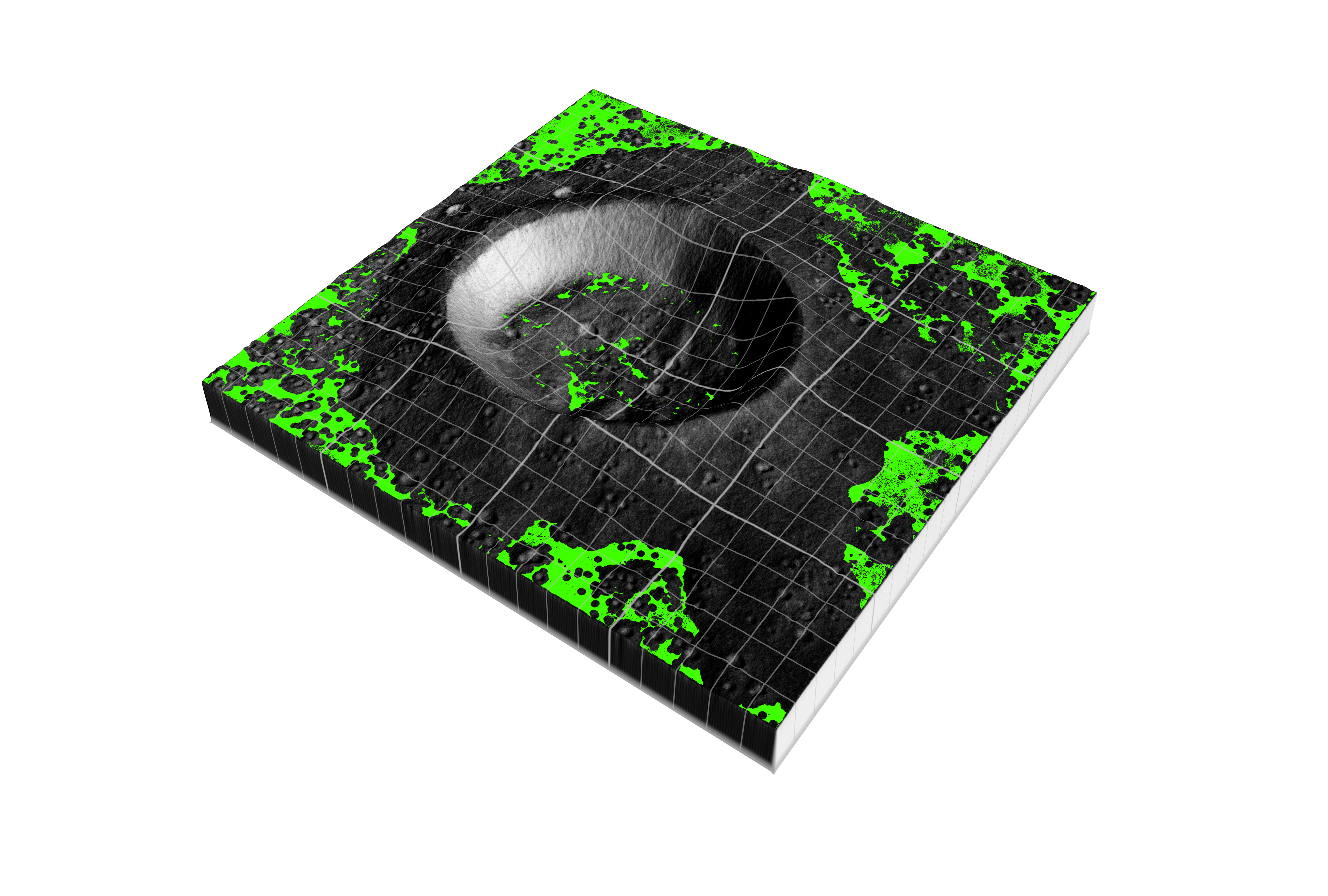 This item is part of this series:
LRO - Animations