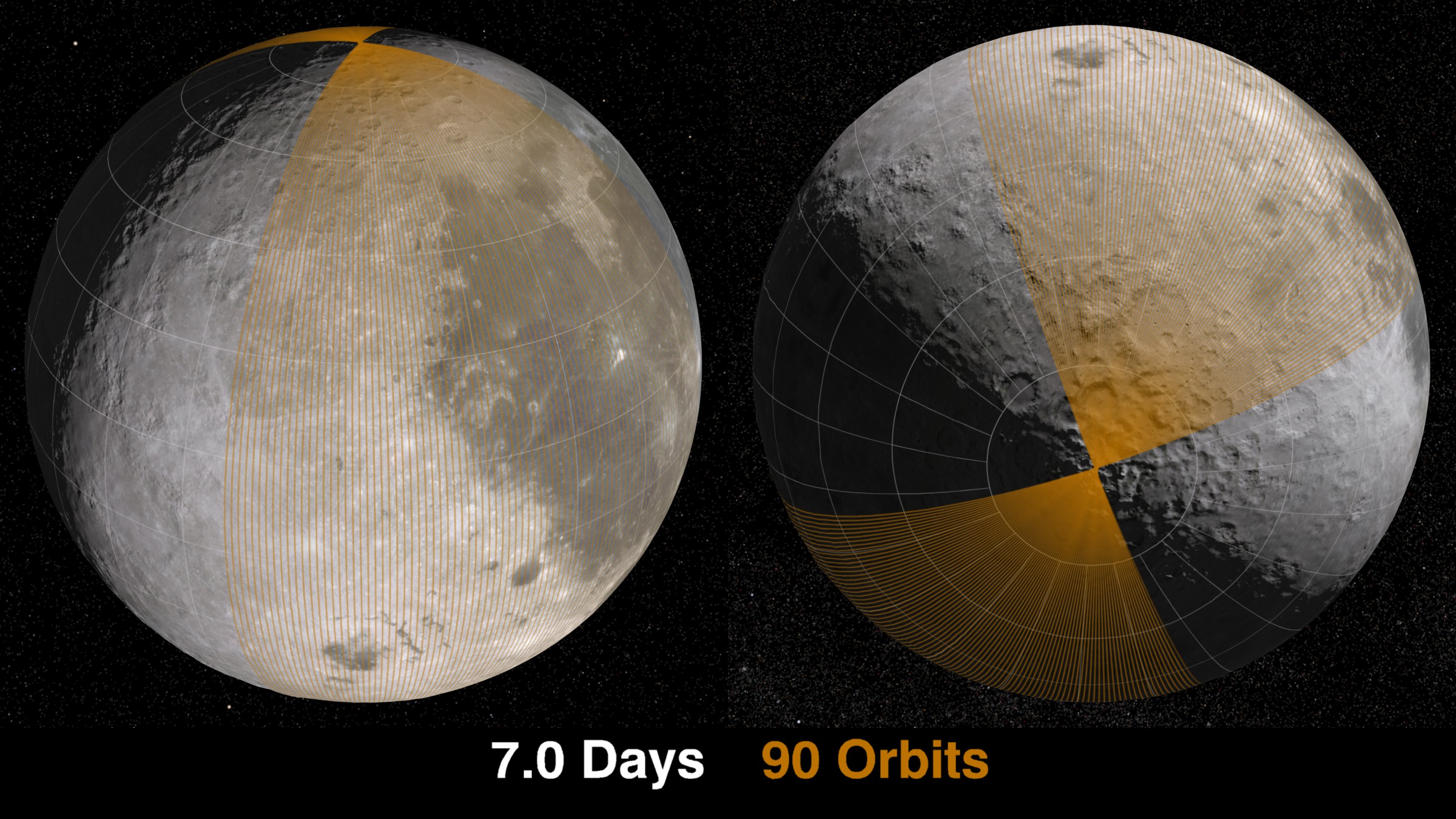 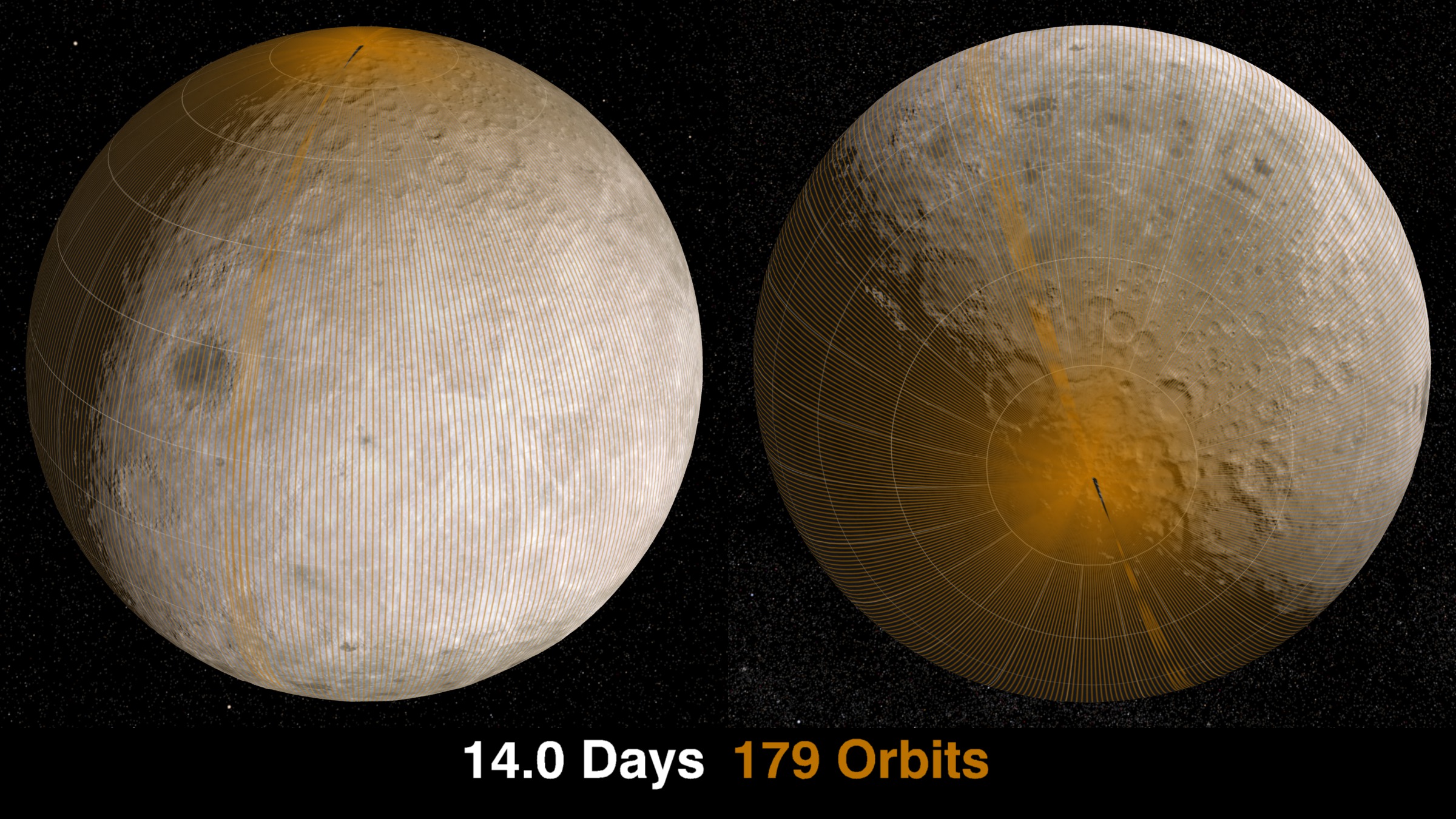 Download
At 14 days, LRO has completed one scan of the surface and is beginning another one. The orbits are slightly out of phase to fill in the gaps. 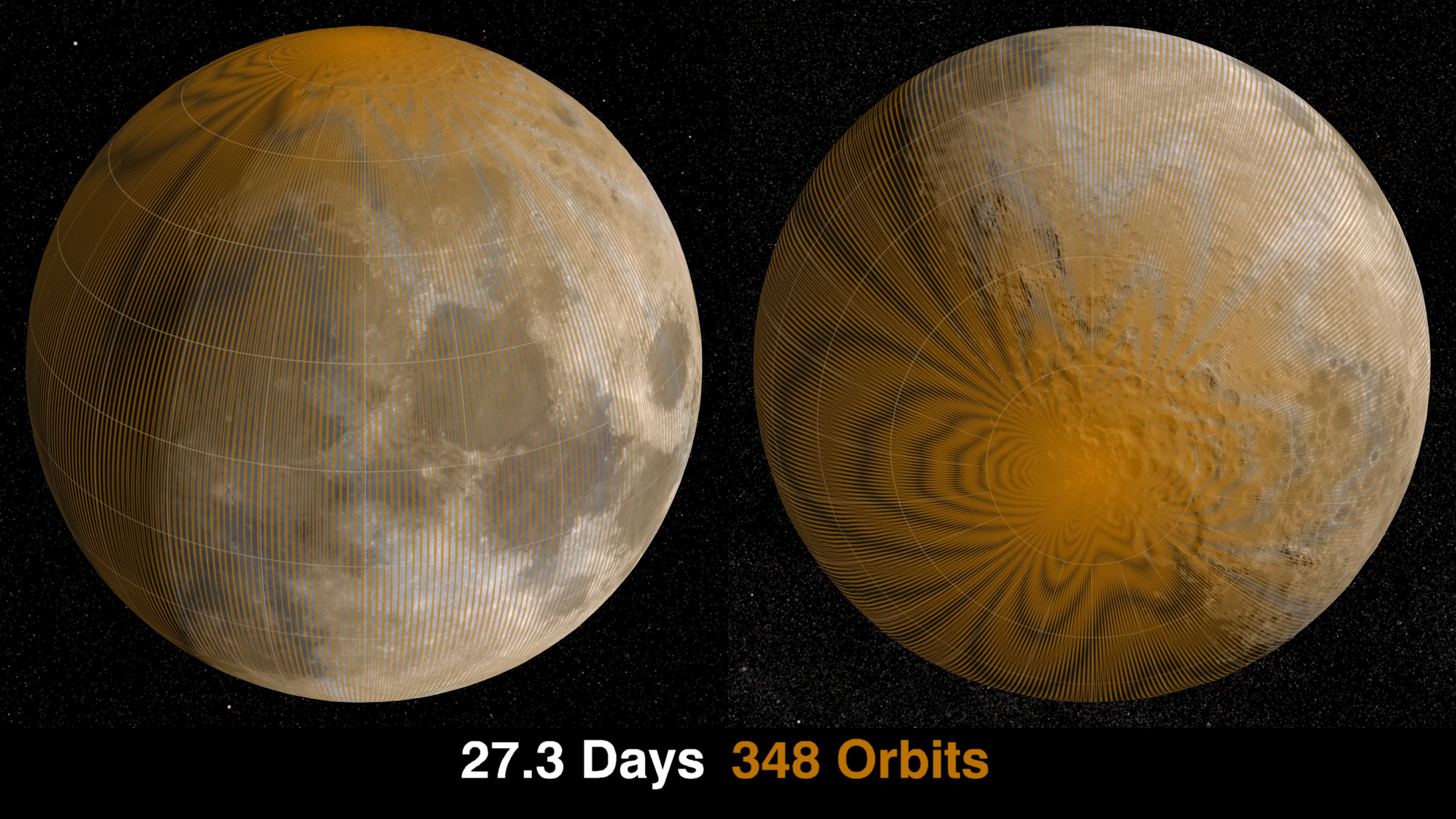 Download
LRO completes two scans of the surface every sidereal month. The moire pattern in the ground tracks arises from the way the orbits cross each other at a slight angle. 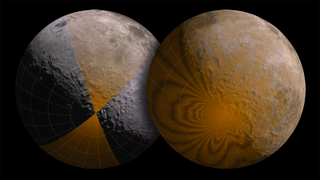 Please give credit for this item to:
NASA/Goddard Space Flight Center Scientific Visualization Studio. Some elevation data provided by JAXA/SELENE.

Data Used:
KAGUYA/Laser Altimeter (LALT)/DEM
Unified Lunar Control Network 2005
Note: While we identify the data sets used in these visualizations, we do not store any further details nor the data sets themselves on our site.

This item is part of these series:
The Moon
LRO Pre-launch