Visualizations by Alex Kekesi Released on August 27, 2007
Download Options
This animation starts with a computer generated unveiling of the Clementine lunar data (not taking into account the moon's libration as viewed from Earth), and then tilts upward to reveal the lunar south pole. 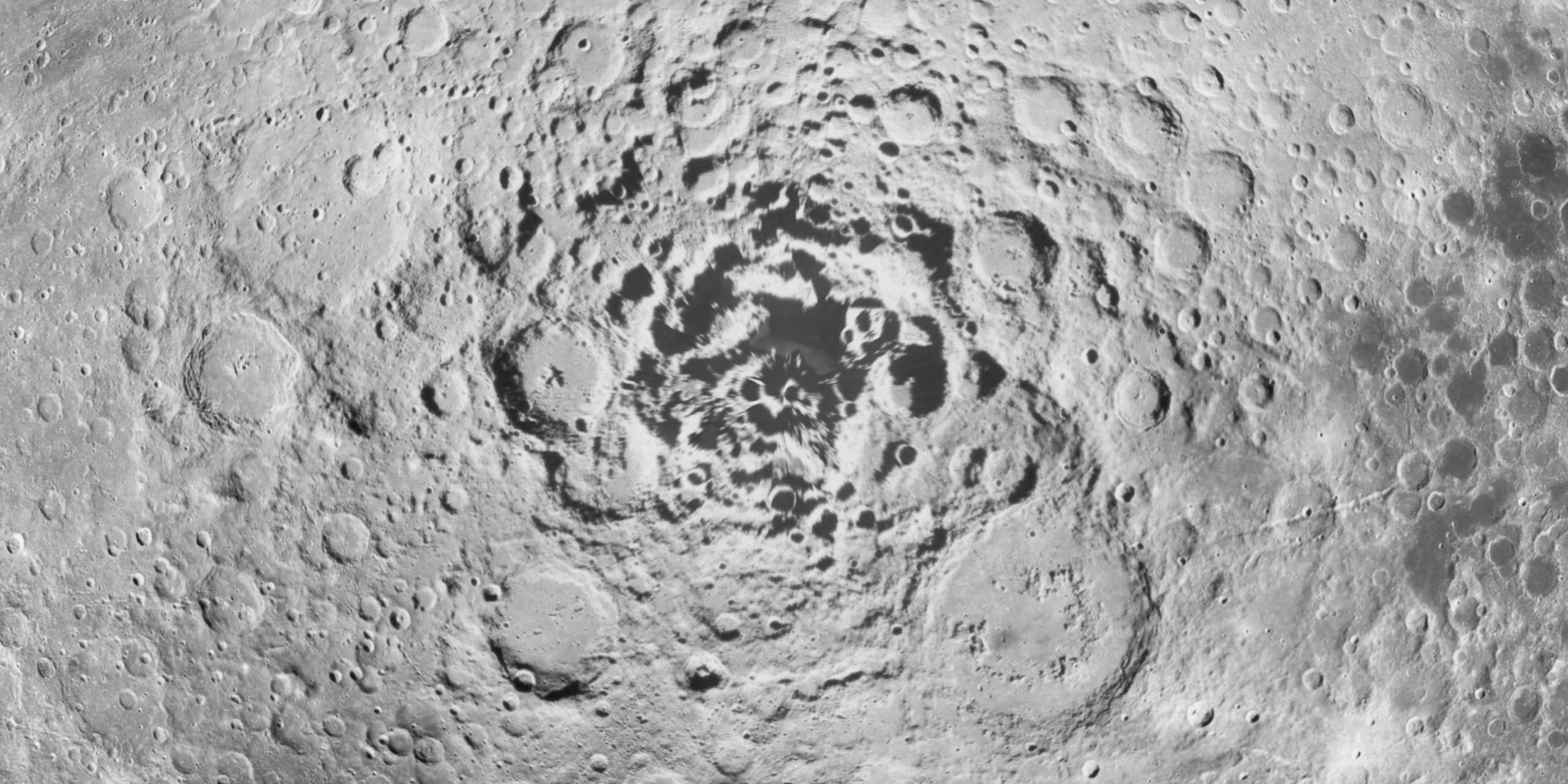 1994/02/26-1994/05/05
view all stories where this data set is used
Note: While we identify the data sets used in these visualizations, we do not store any further details nor the data sets themselves on our site.