Visualizations by Alex Kekesi Released on March 8, 2007
Download Options
This brief animation does a mosaic dissolve between the lower resolution MOA data of the area surrounding McMurdo Station to the high resolution LIMA data of the same region. 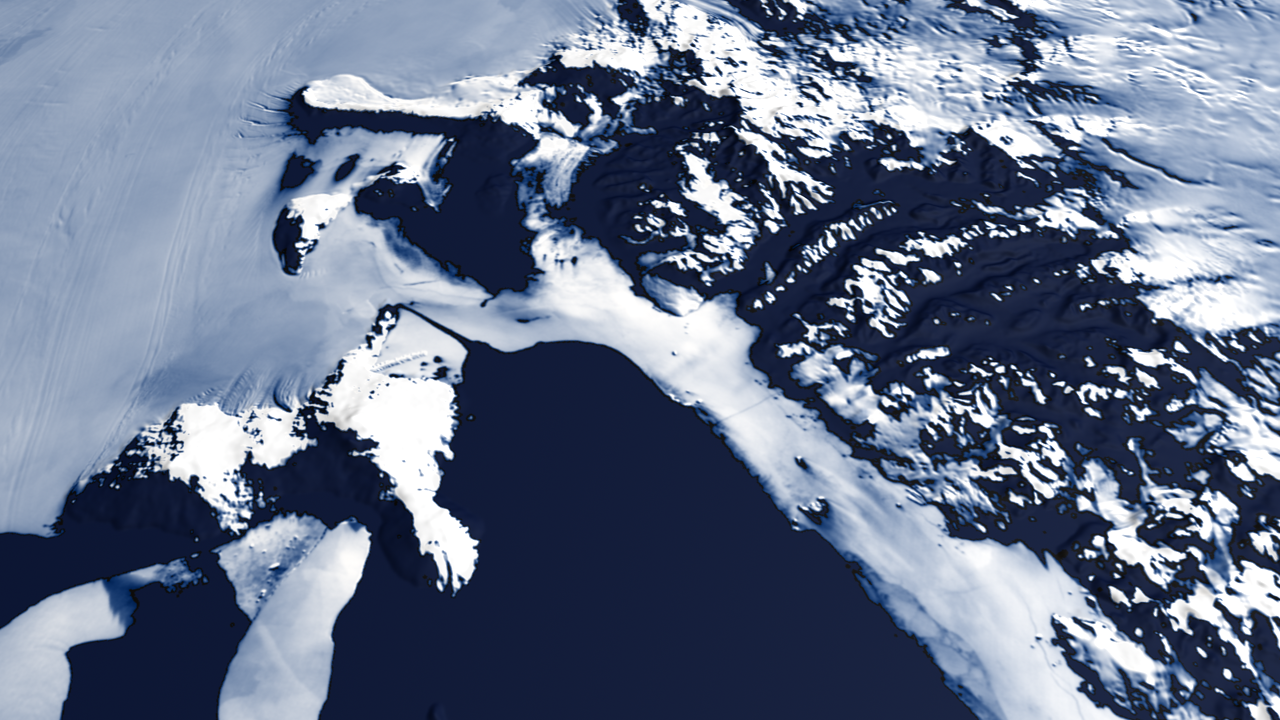 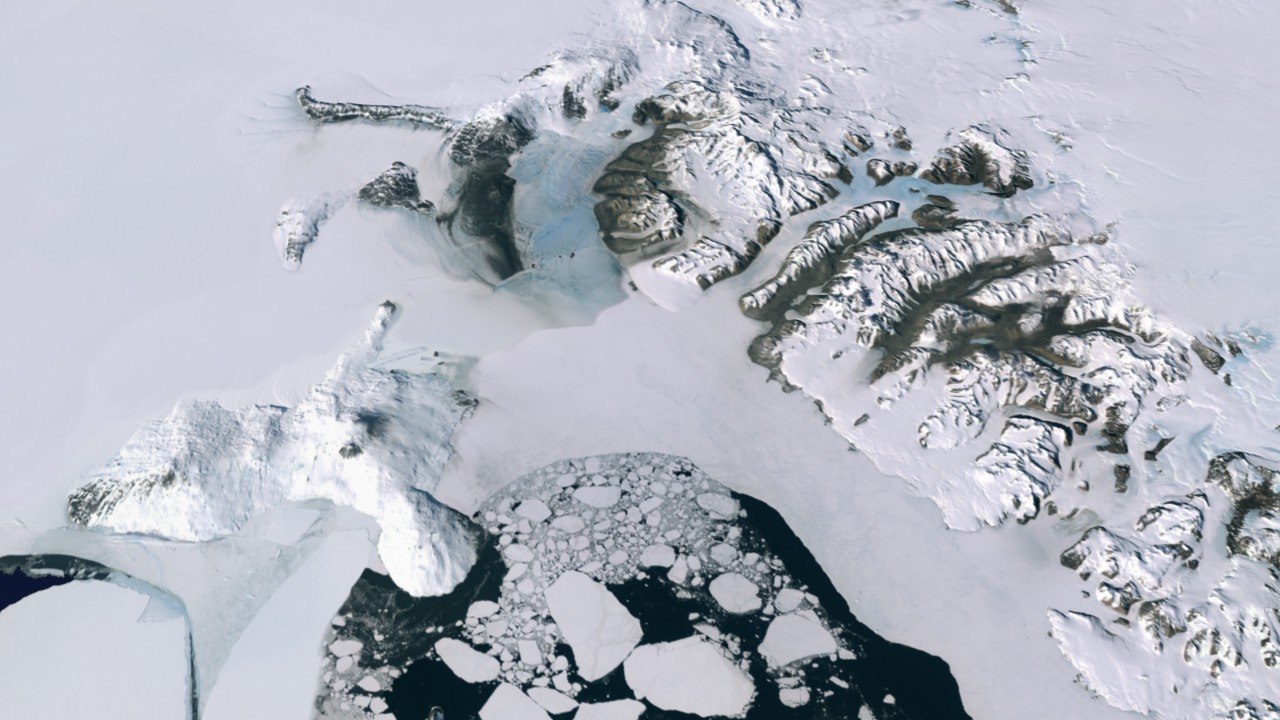 Mosaic - National Snow and Ice Data Center (NSIDC) and the University of New Hampshire - 11/20/2003 - 02/29/2004
Staff from the National Snow and Ice Data Center (NSIDC) and the University of New Hampshire have assembled two digital image maps of surface morphology and optical snow grain size that cover the Antarctic continent and its surrounding islands. The MODIS Mosaic of Antarctica (MOA) image maps are derived from composites of 260 MODIS (Moderate-resolution Imaging Spectroradiometer) orbit swaths acquired between 20 November 2003 and 29 February 2004. The MOA provides a cloud-free view of the ice sheet, ice shelves, and land surfaces, and a quantitative measure of optical snow grain size for snow- or ice-covered areas. All land areas larger than a few hundred meters that are south of 60° S are included in the mosaic, as well as persistent fast ice regions and some grounded icebergs present near the coast in the 2003-2004 austral summer. The MOA surface morphology image map is derived from digitally processed MODIS Band 1 data. The optical snow grain size image is compiled using a normalized ratio of atmospherically corrected, calibrated band radiance data from Bands 1 and 2.
http://nsidc.org/data/nsidc-0280.html
view all stories where this data set is used

NASA
http://landweb.nascom.nasa.gov/cgi-bin/browse/browse.cgi
view all stories where this data set is used