Visualizations by Lori Perkins Released on October 19, 2005
Download Options
Deep convective 15 km clouds (in red) can be seen in the eyewall of Tropical Storm Wilma on October 17, 2005. 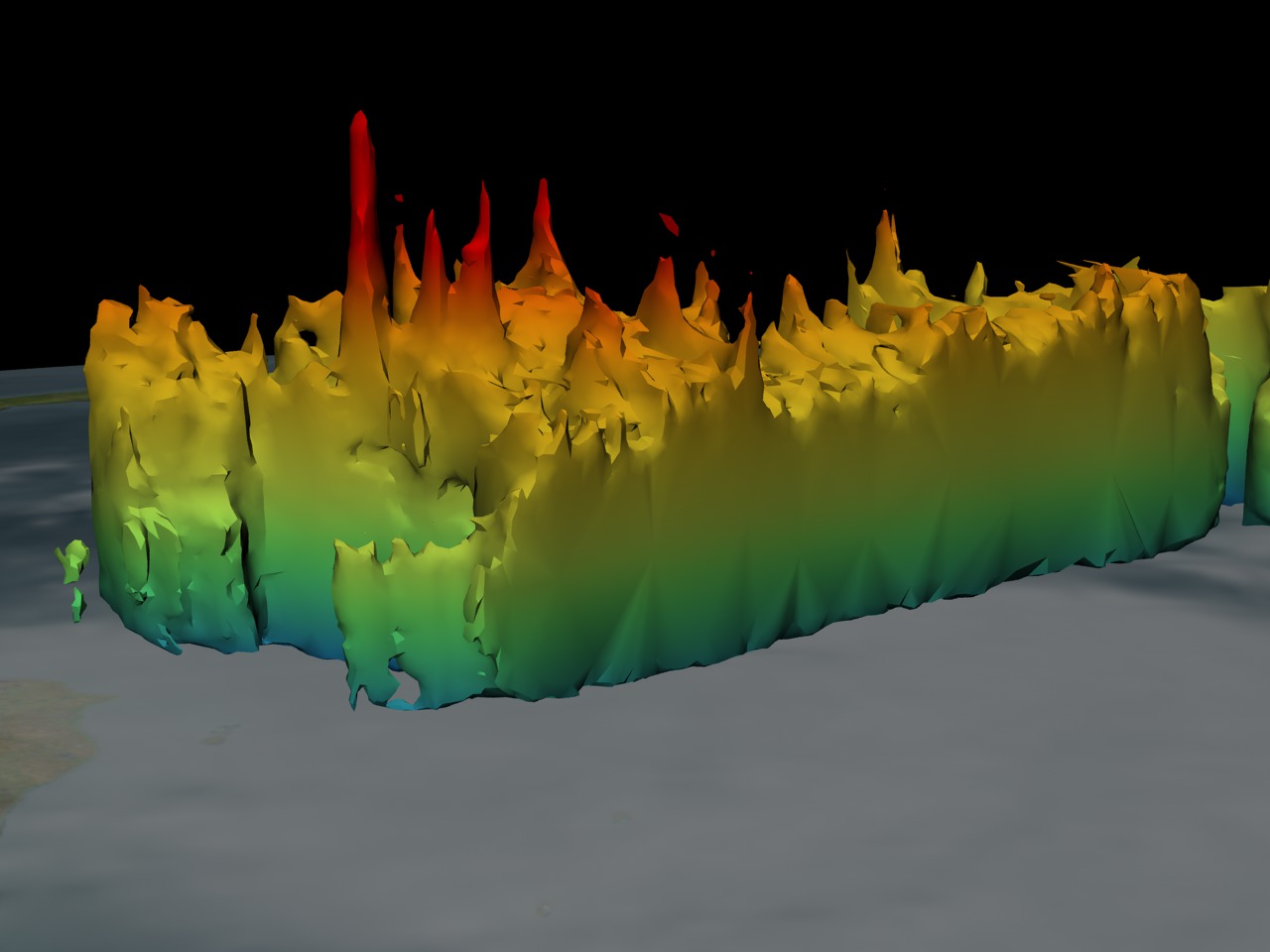