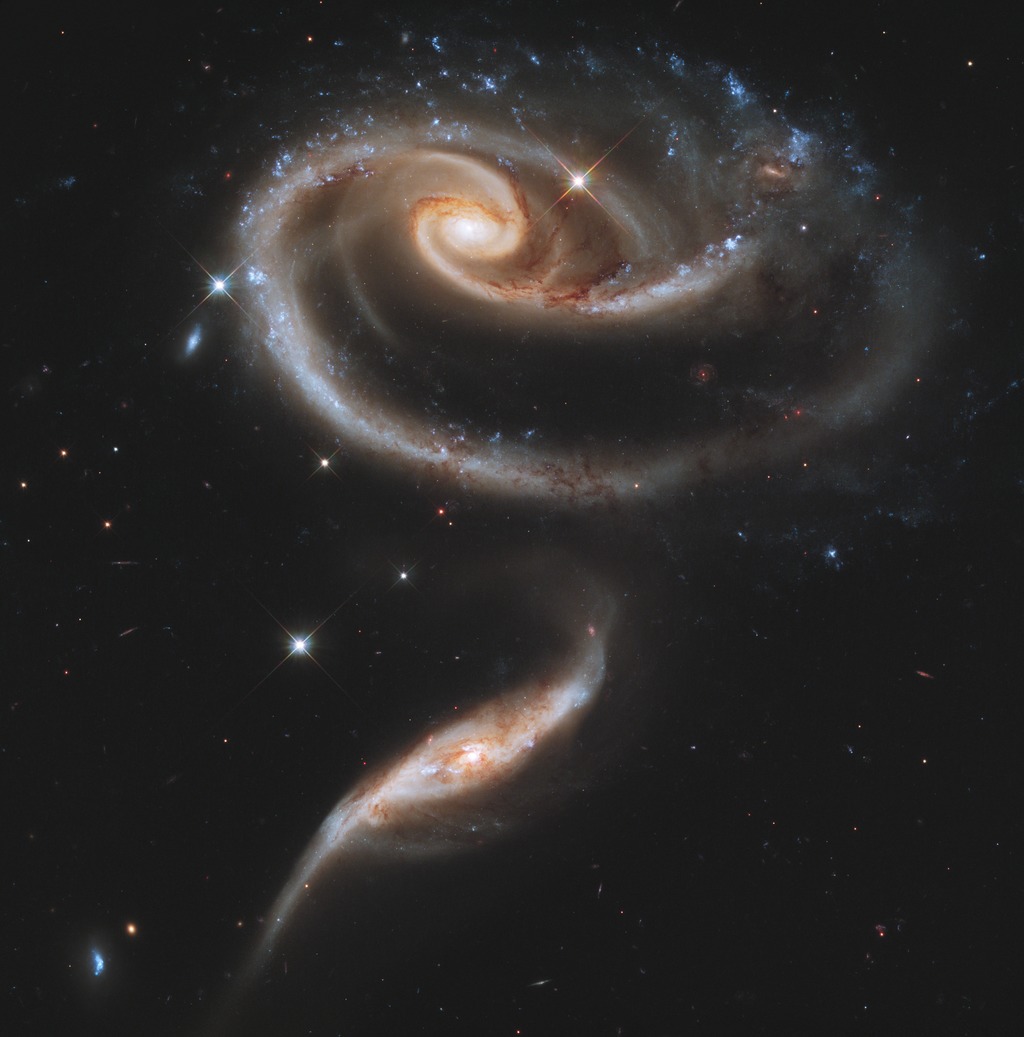 Download Options
The galaxies of Arp 273 have recently interacted via gravity to make a shape resembling a cosmic rose.