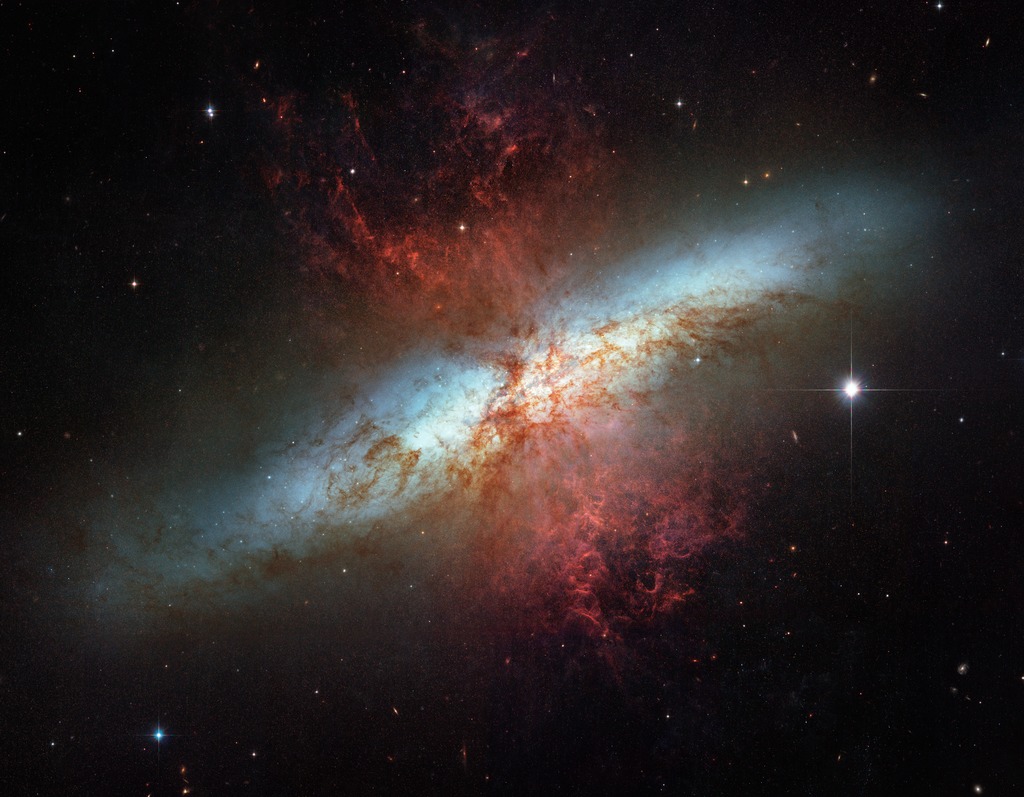 Download
Plumes of glowing hydrogen blast from the central nucleus of the starburst galaxy Messier 82.

Please give credit for this item to:
NASA, ESA, and The Hubble Heritage Team (STScI/AURA)