Visualizations by Lori Perkins Released on January 23, 2003
Download Options
This annimation is a quick zoom down to the fires in Southeast Australia on January 23, 2002. A large smoke trail is clearly visible. 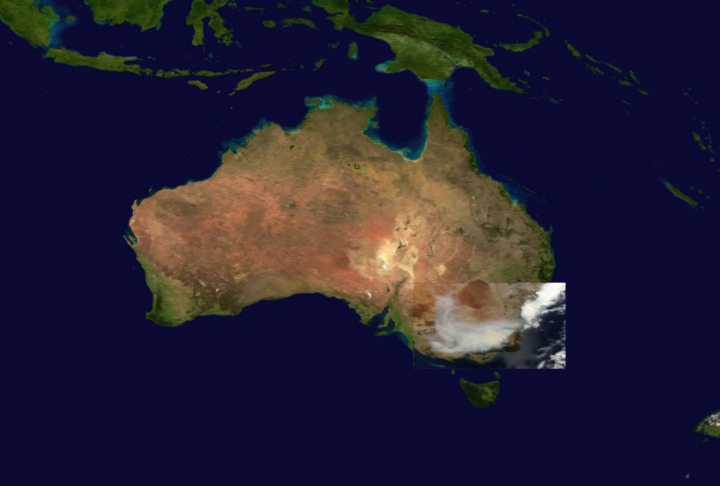 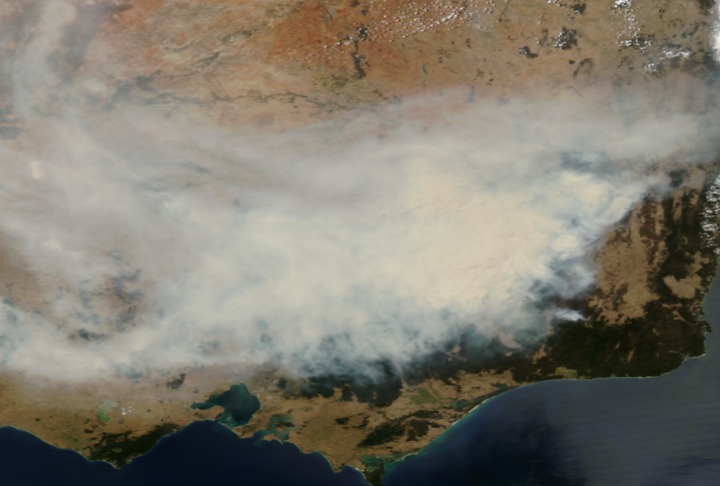 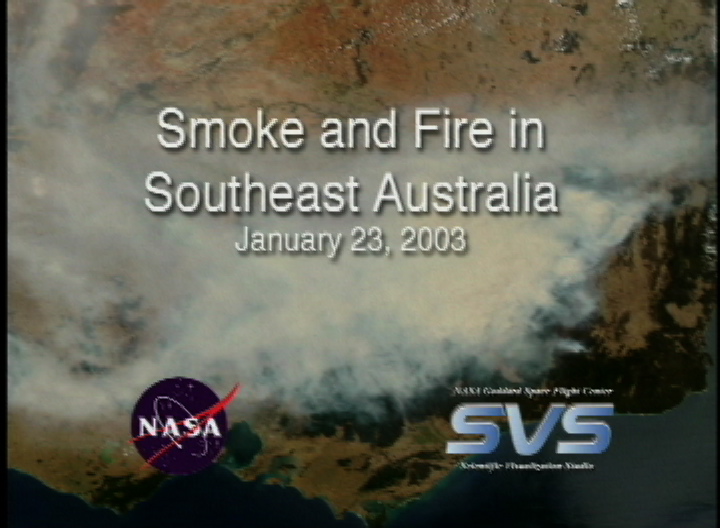 2003/01/23
view all stories where this data set is used
Note: While we identify the data sets used in these visualizations, we do not store any further details nor the data sets themselves on our site.