Visualizations by Alex Kekesi Released on January 21, 2003
Download Options
Animation of the changes in Iquitos, Peru, between 1987 and 2001. 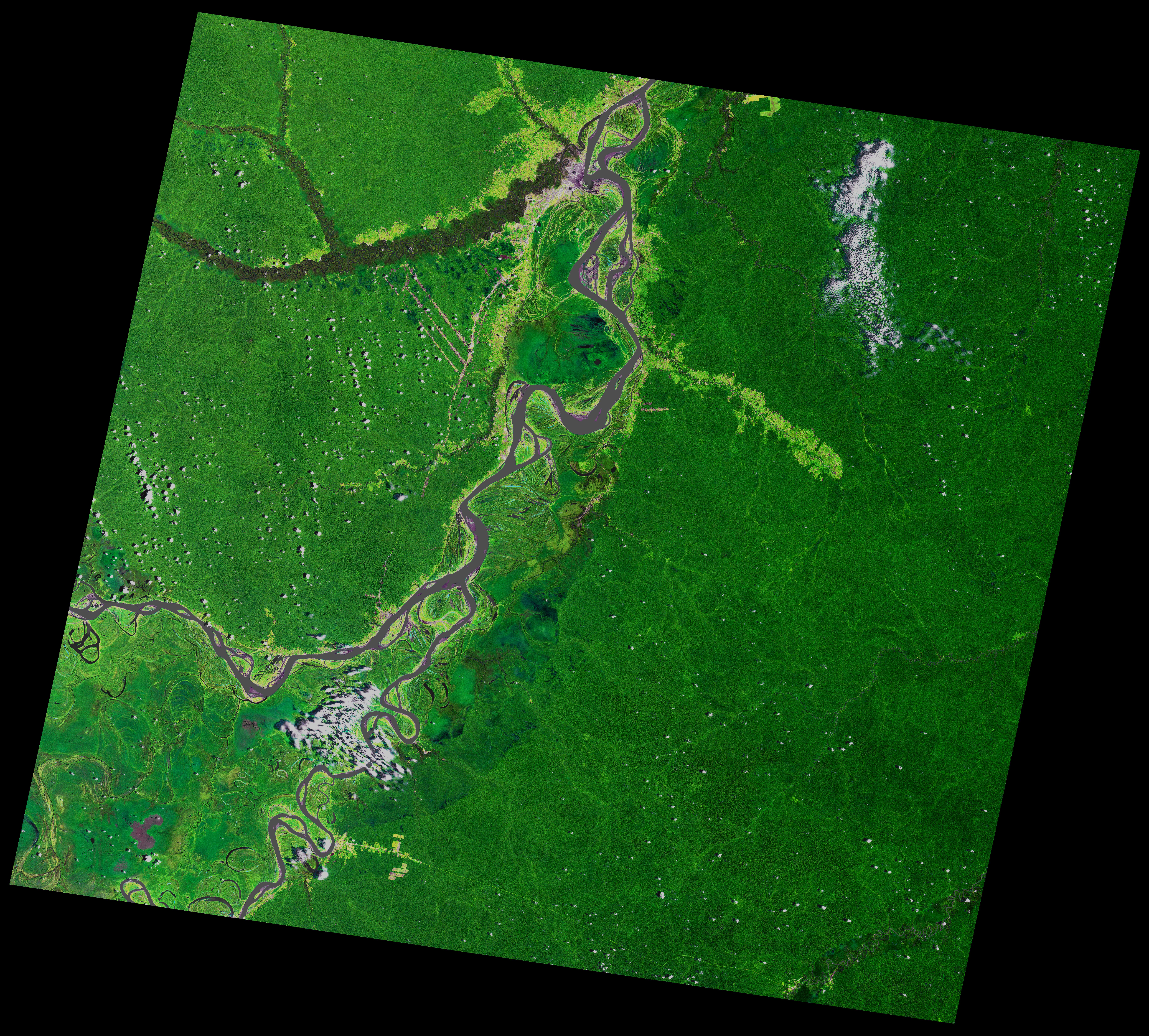 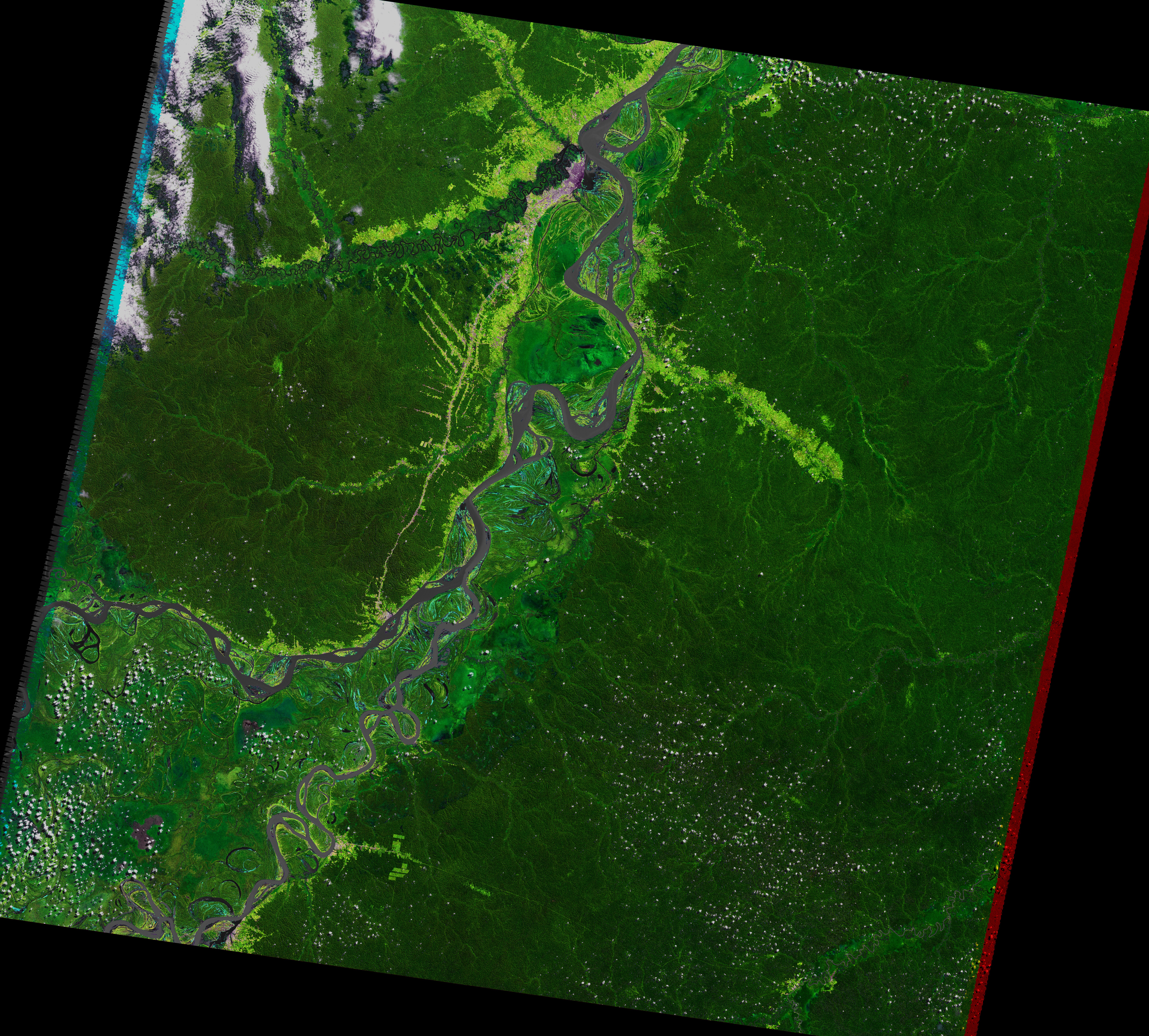 Download Options
5-31-2001 Landsat-7 data of Iquitos. Notice the light green strips of deforested land in the upper left region of this satellite image. 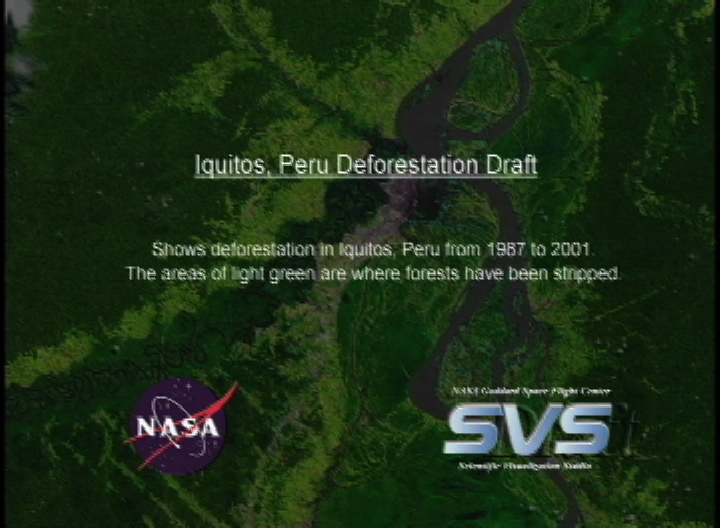 Shows deforestation in Iquitos, Peru from 1987 to 2001. The areas of light green are where forests have been stripped.".

2001/05/31
http://landsat.gsfc.nasa.gov/about/wrs.html
view all stories where this data set is used
Note: While we identify the data sets used in these visualizations, we do not store any further details nor the data sets themselves on our site.