Released on August 19, 2022
Download Options
Watch: This vintage segment on Copernicus comes from a 1973 edition of “The Science Report,” a long-running film series produced by the U.S. Information Agency.

Download Options
B roll of Copernicus pre-launch activities and launch. Technicians in the Hangar AE clean room at Cape Canaveral Air Force Station, Florida, mount solar panels and check out the spacecraft. At 1:13, Copernicus is placed into its payload fairing. At 1:54, the gantry at Launch Complex 36B rolls back. At 2:23, various shots of the Aug. 21, 1972, launch. 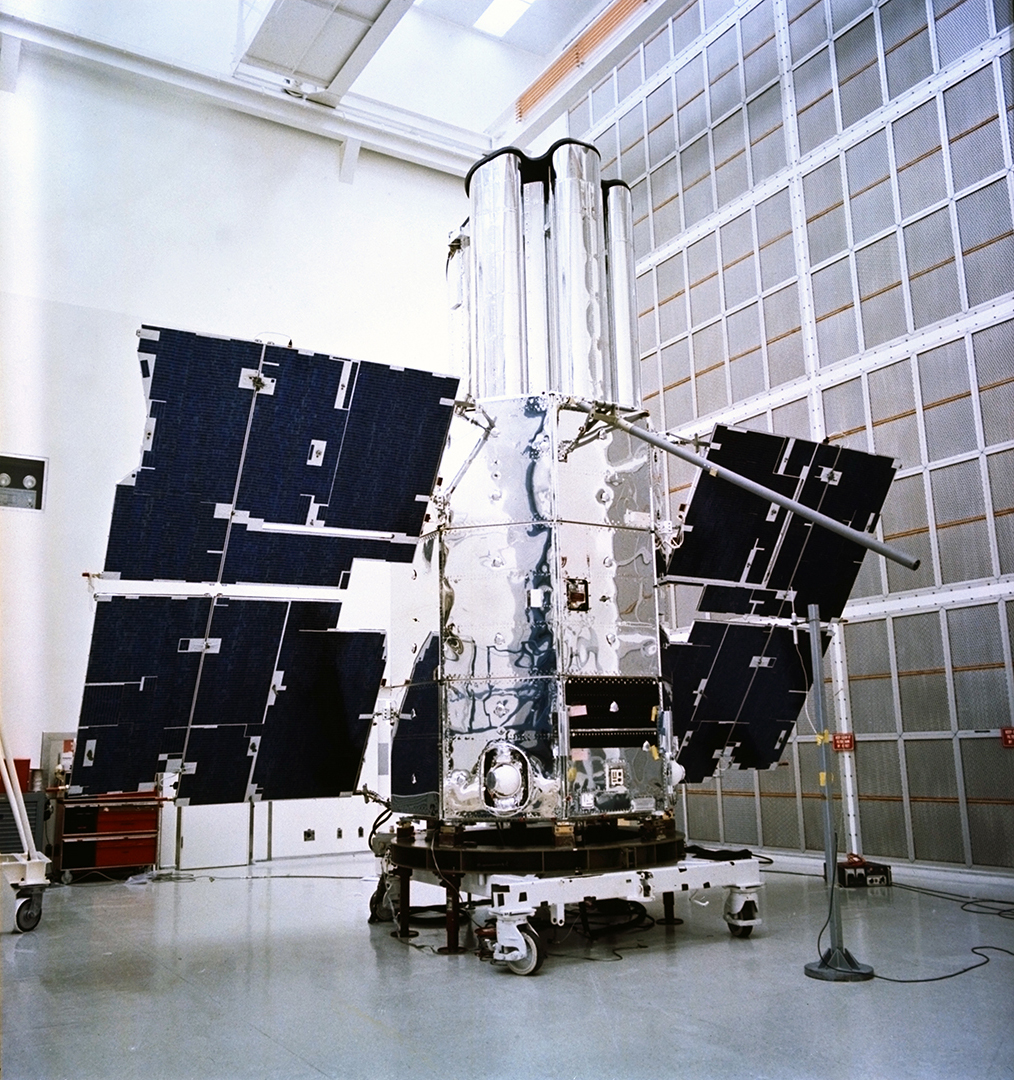 Download Options
Orbiting Astronomical Observatory C stands in the Hangar AE clean room at the Cape Canaveral Air Force Station, Florida, following the mounting of its stationary solar panels. Once in orbit, the observatory was named Copernicus in honor of Nicolaus Copernicus (1473–1543), the Polish astronomer regarded as the founder of modern astronomy. Credit: National Archives (255-CB-72-H-873) 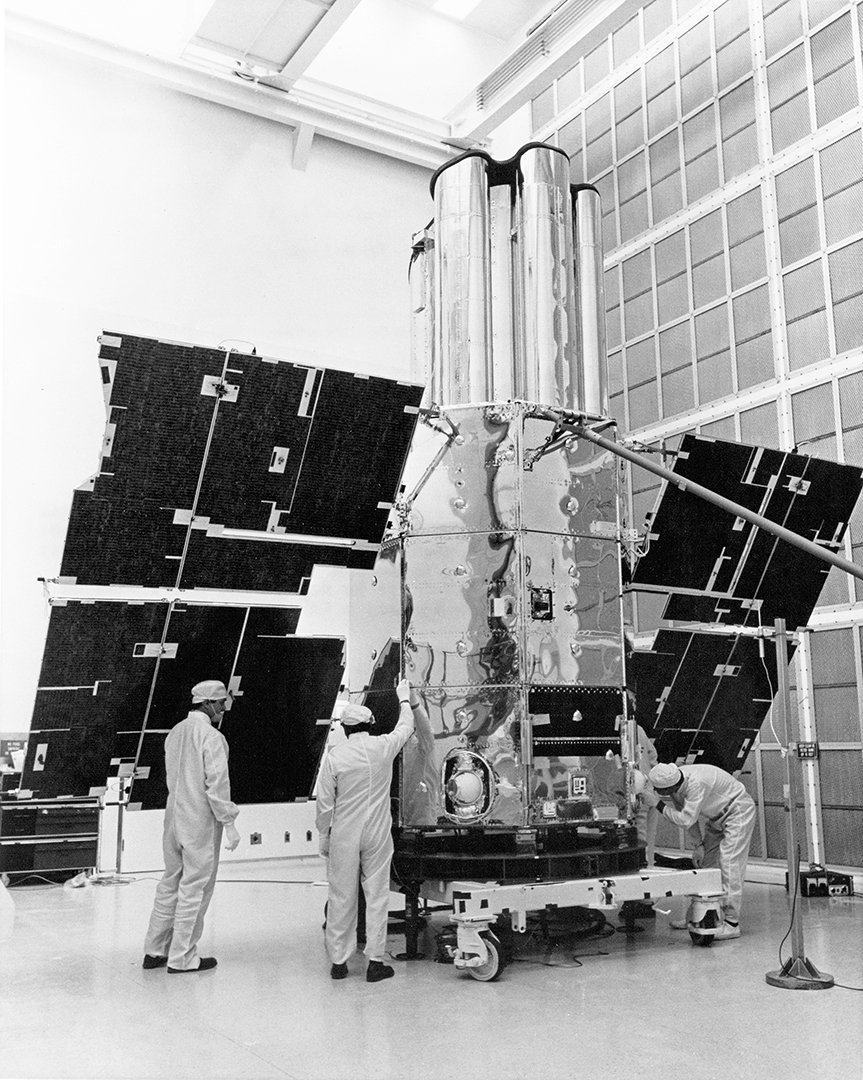 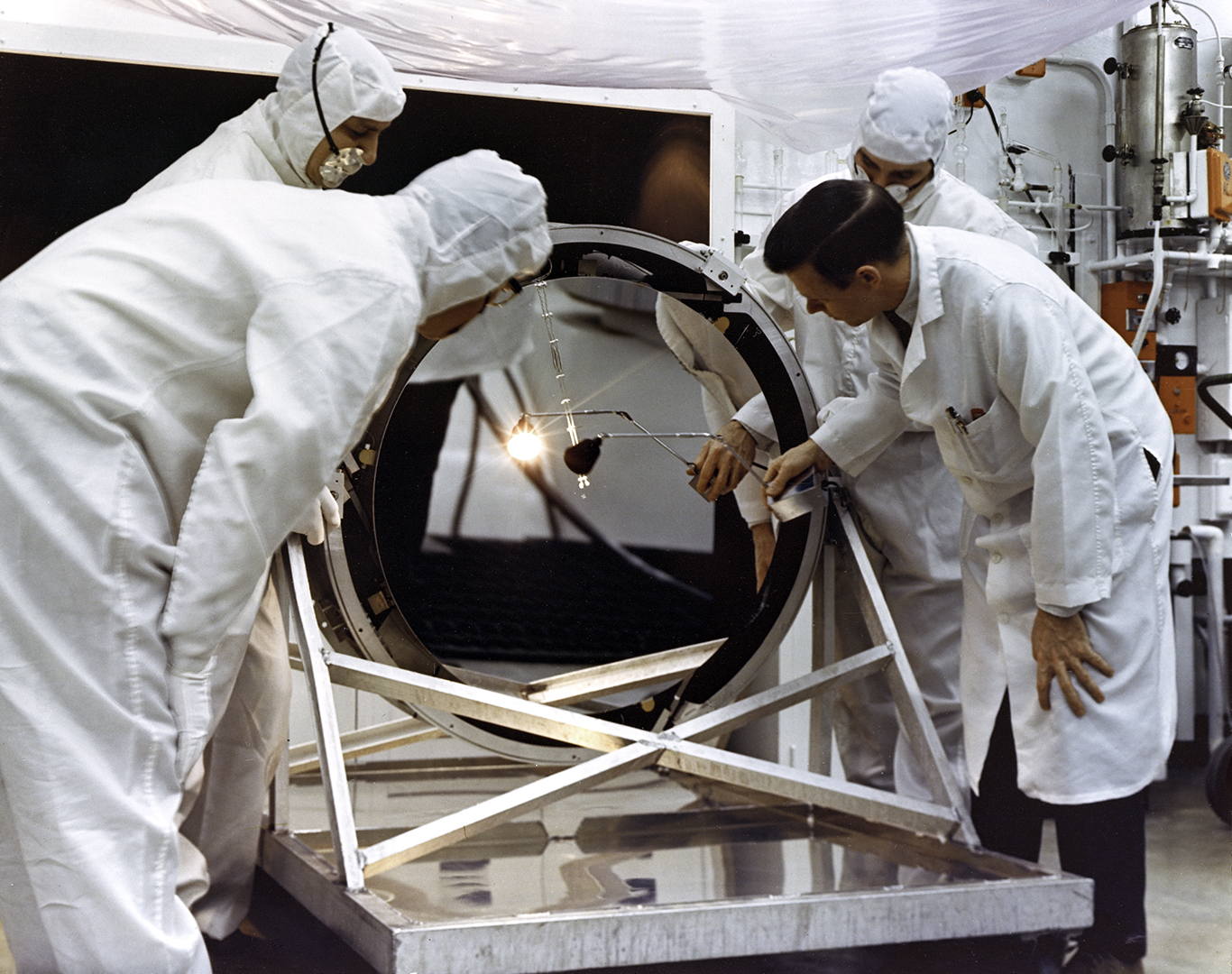 Download Options
Technicians in the Optical Test Facility at NASA's Goddard Space Flight Center in Greenbelt, Maryland, check the 32-inch (82 centimeter) primary mirror of the Princeton Experiment Package, the main instrument on Copernicus, in July 1972. At the time, the mirror was the largest one ever orbited. 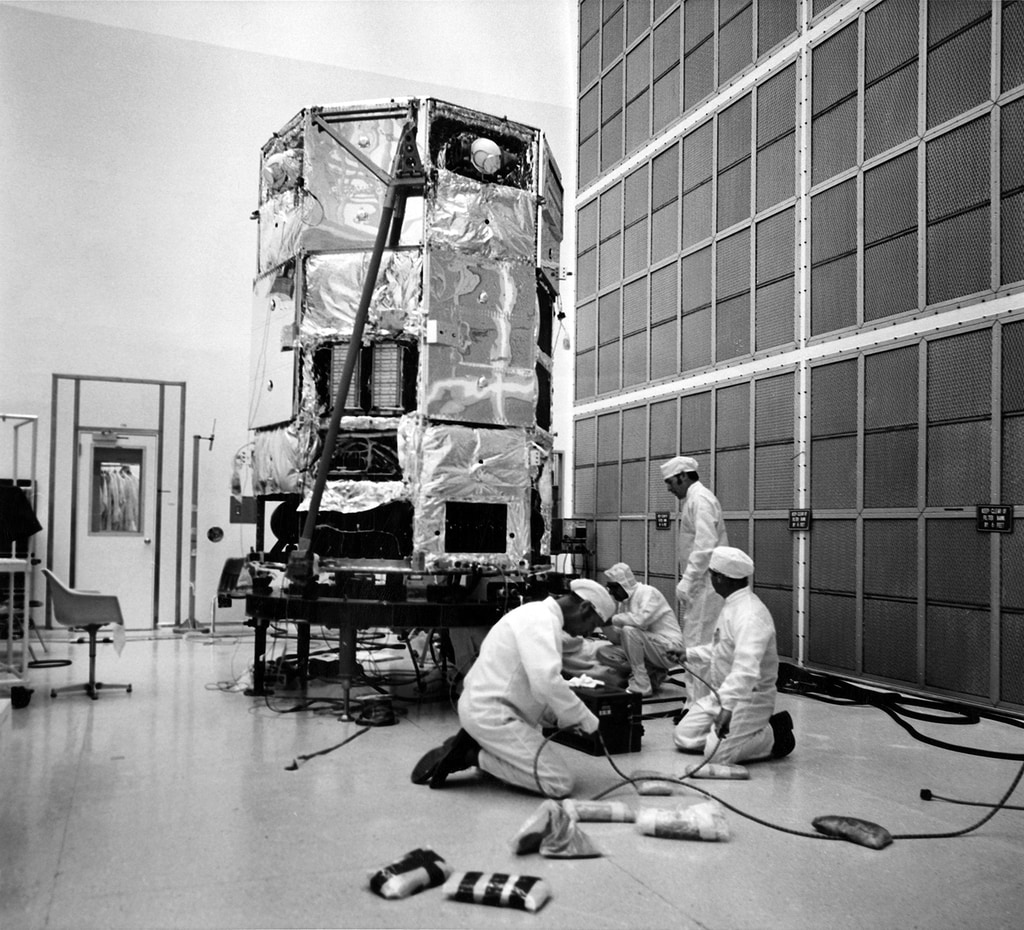 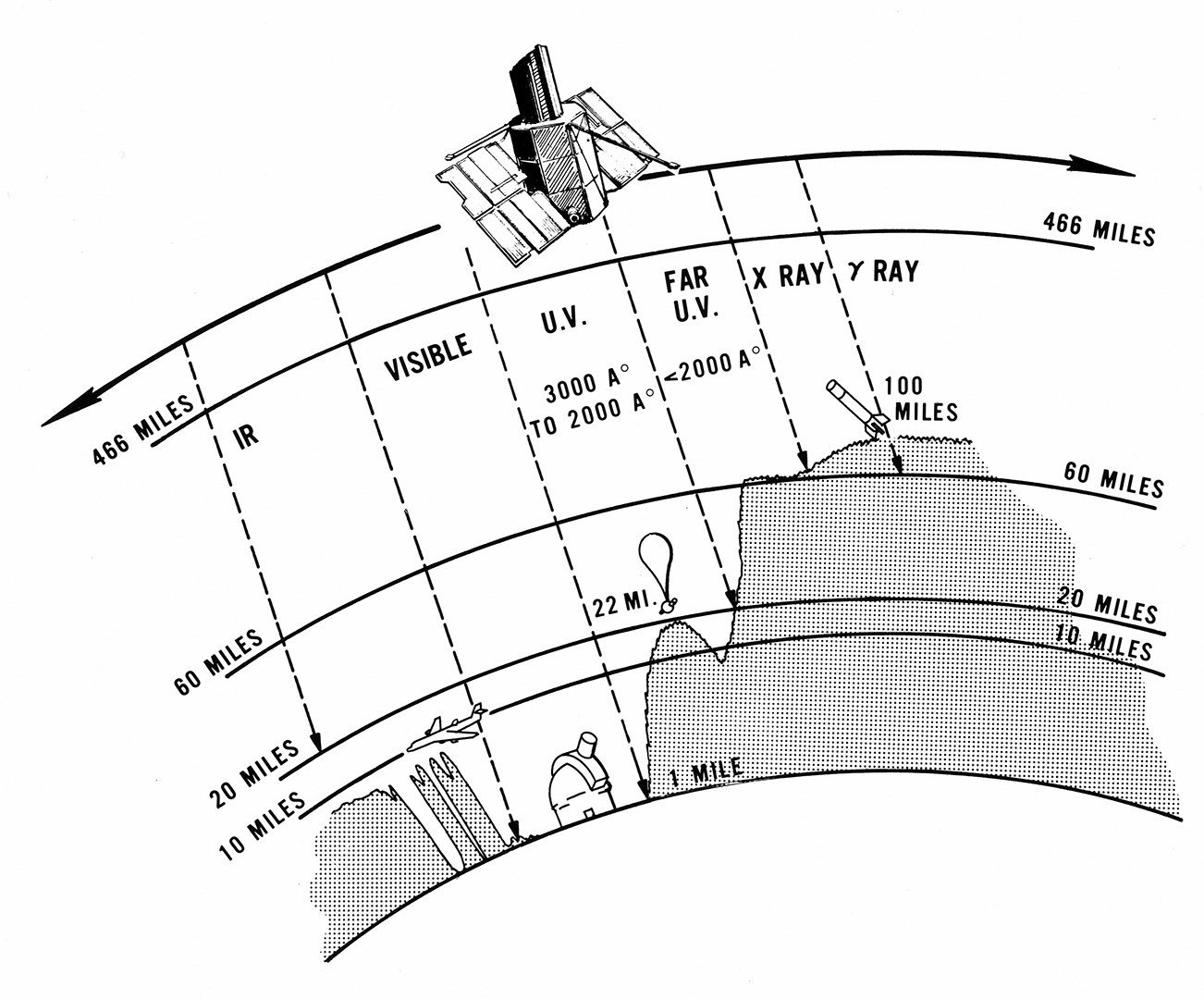 Download Options
This 1971 illustration shows how our atmosphere absorbs (stippled regions) some wavelengths of light from space while allowing others to pass through it. The primary instrument on Copernicus observed ultraviolet light that cannot be detected from Earth's surface. 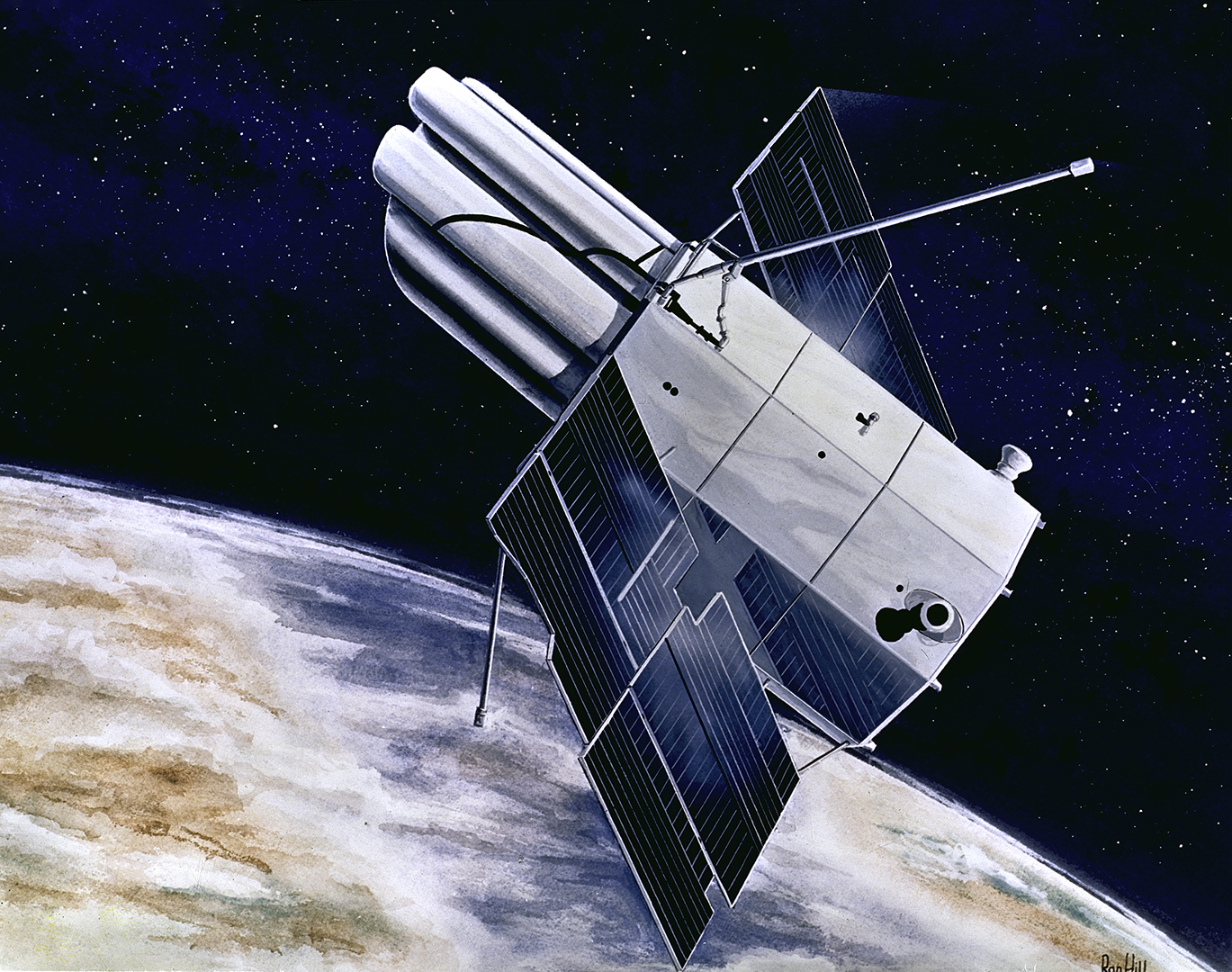 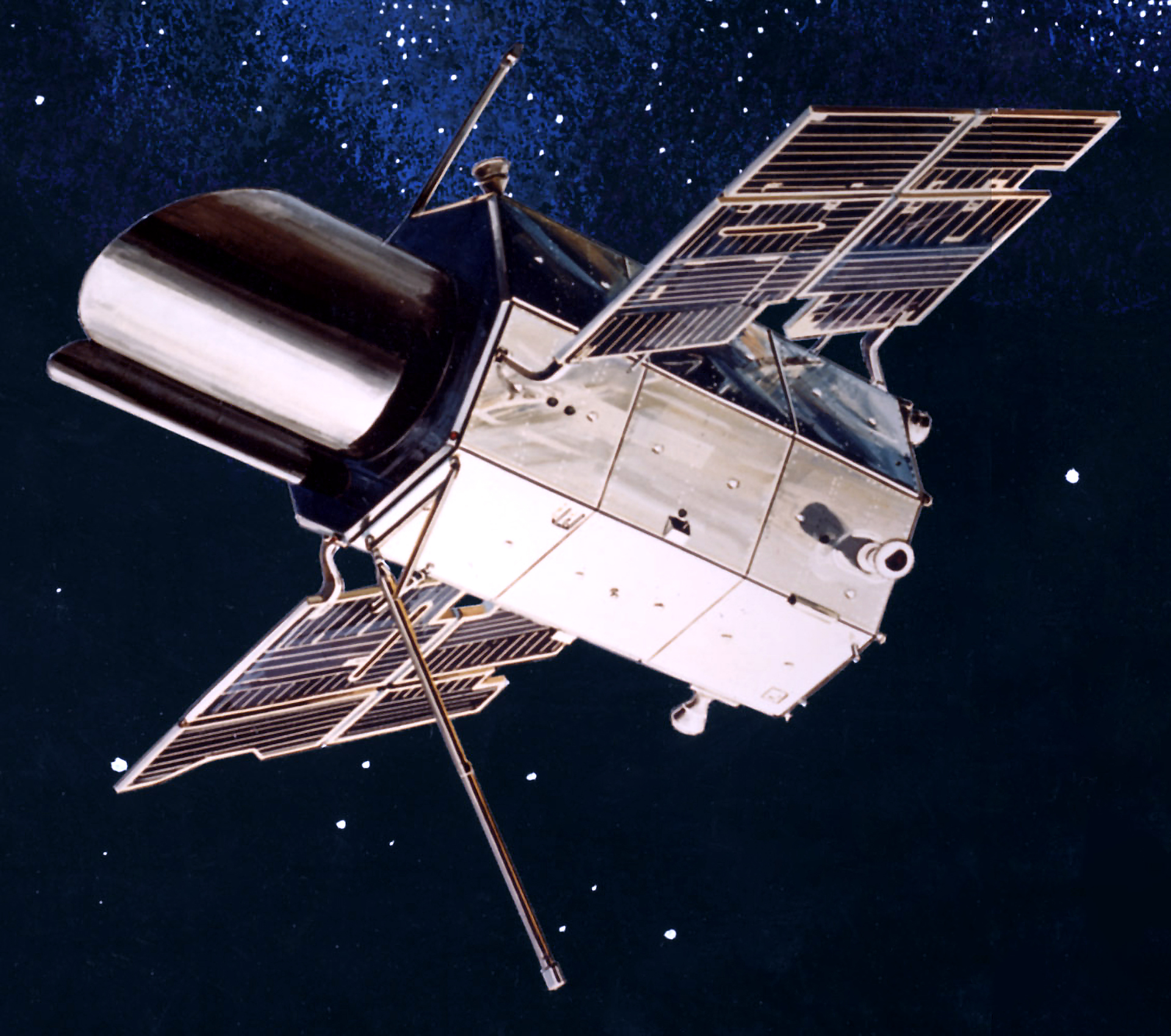 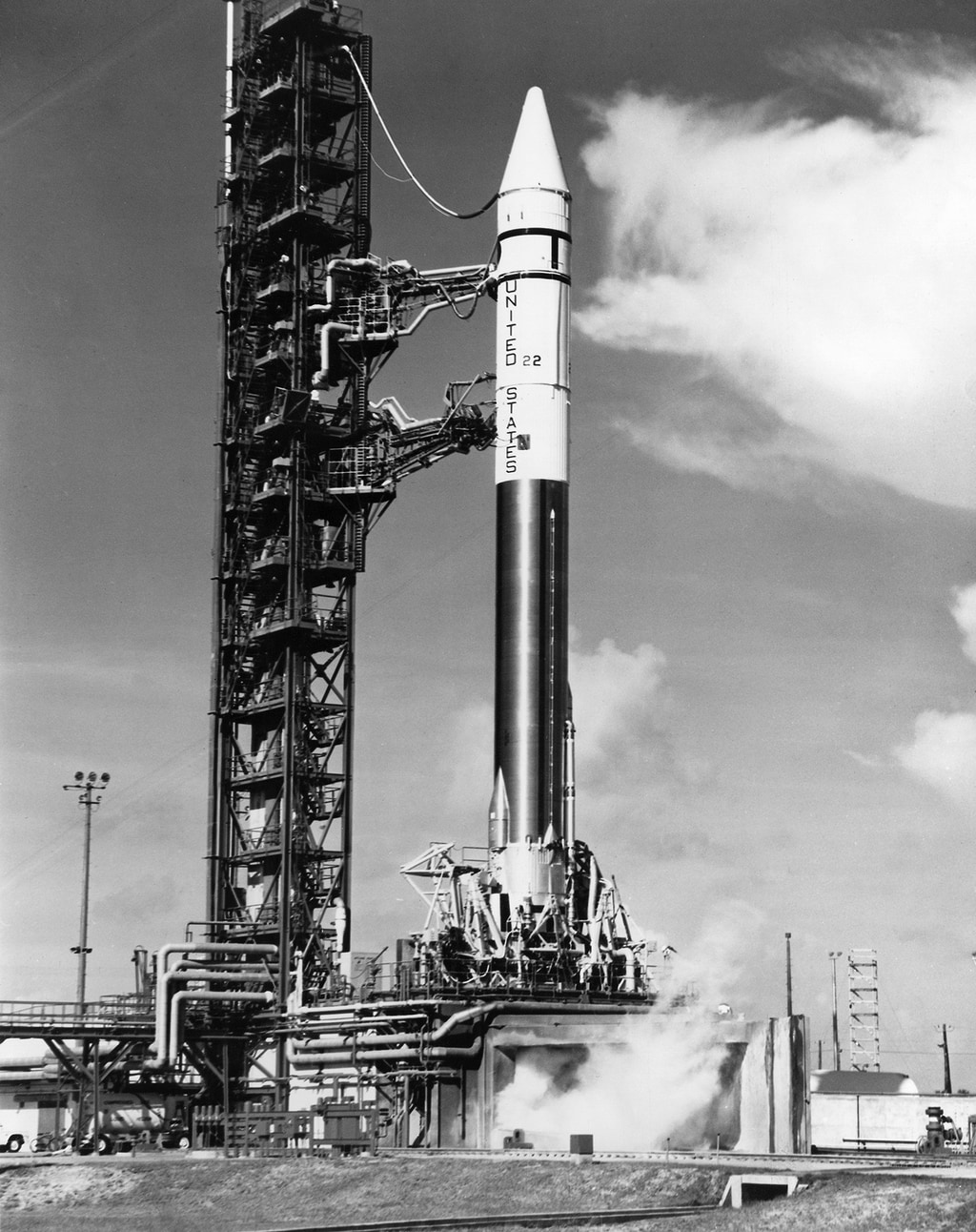 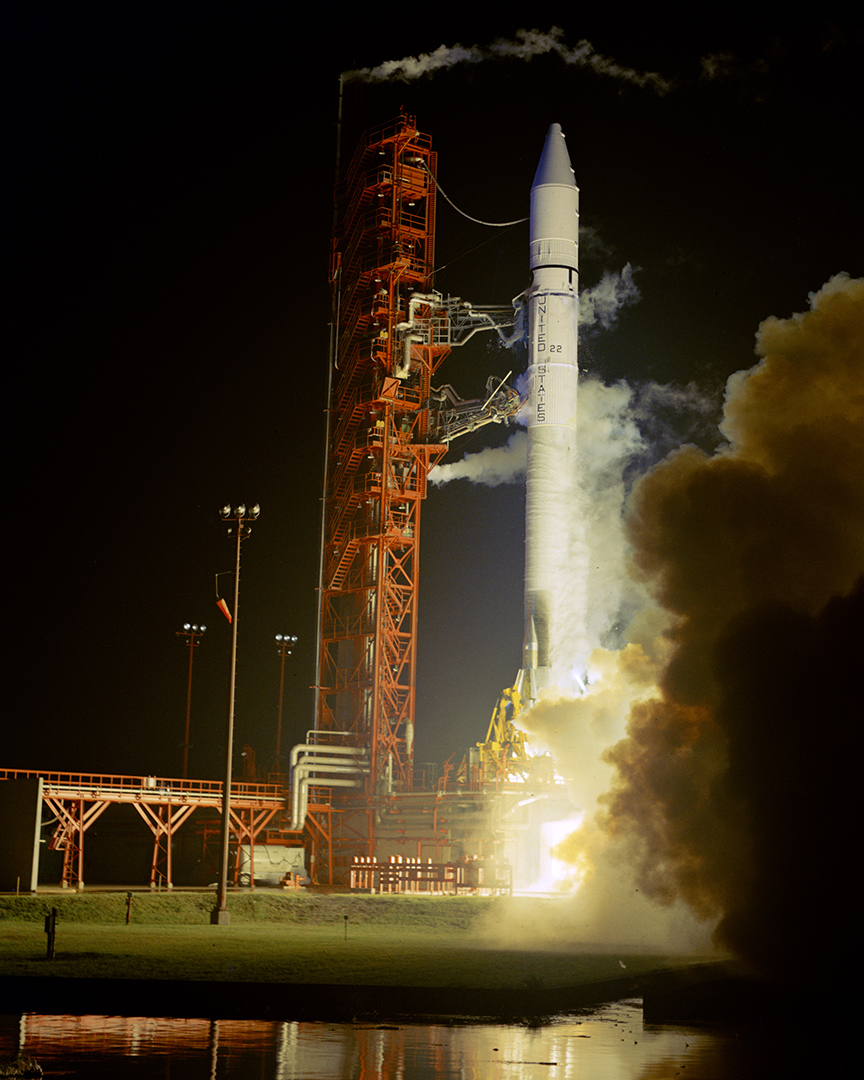 Download Options
A July 1971 article from Goddard News celebrated the OAO C development effort as the team prepared for its launch the following year. 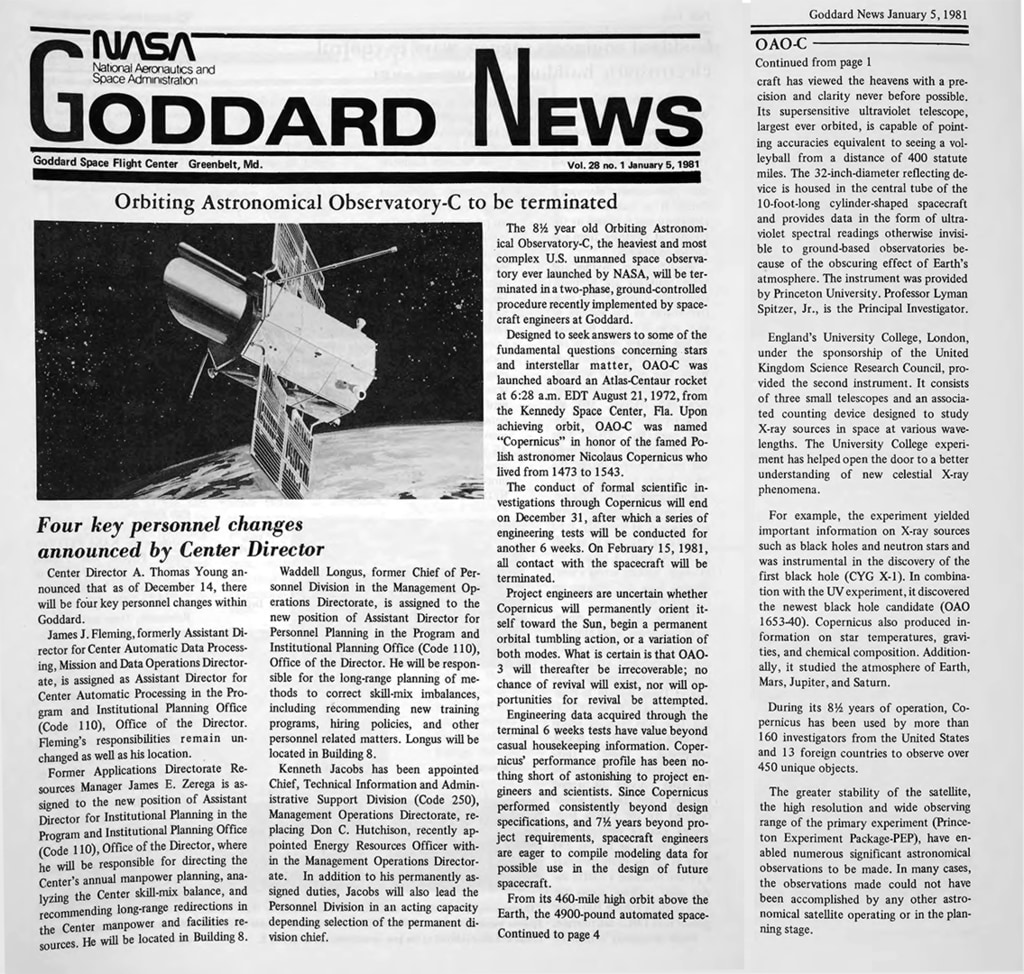 Download Options
A January 1981 article from Goddard News describes the end of OAO-C's mission and summarizes its successes. 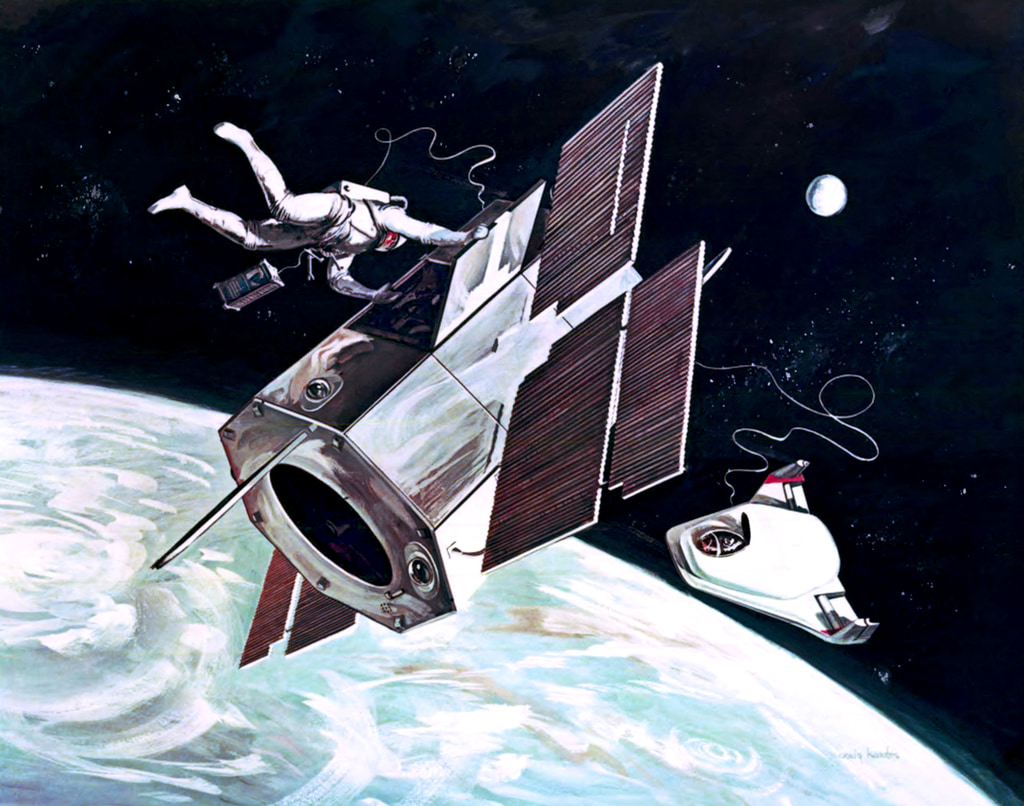 Download Options
This mid-1960s illustration shows an astronaut servicing a future OAO satellite. Astronauts made orbital repairs to Skylab, NASA's first space station, in 1973 and to the Solar Maximum Mission satellite in 1984. But the vision illustrated here found its ultimate realization with the five successful missions to service and upgrade the Hubble Space Telescope from 1993 to 2009. 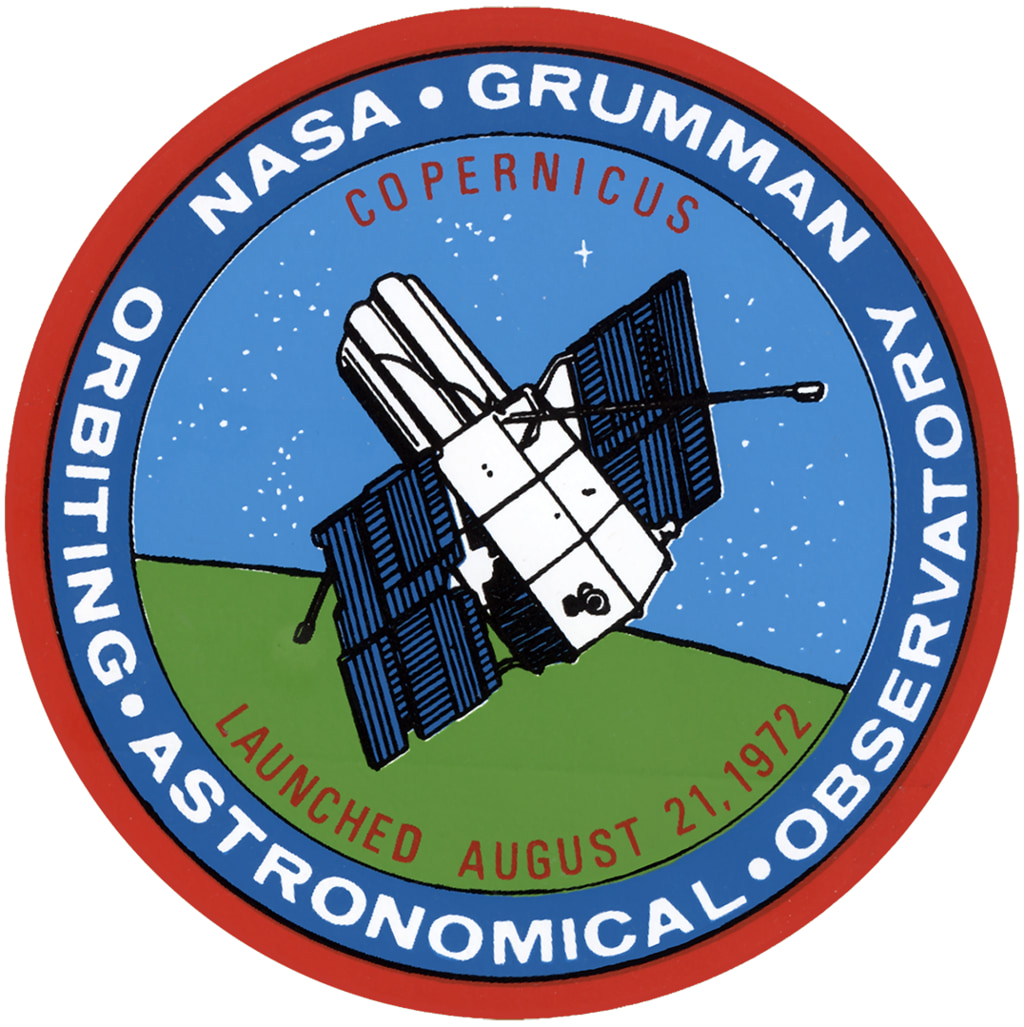