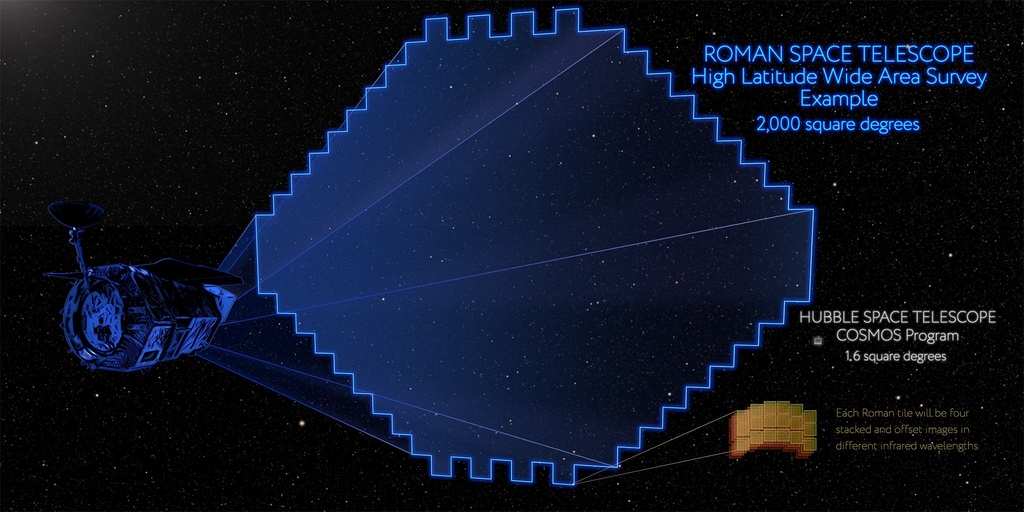 Download Options
This illustration compares the relative sizes of the areas of sky covered by two surveys: Roman’s High Latitude Wide Area Survey, outlined in blue, and the largest mosaic led by Hubble, the Cosmological Evolution Survey (COSMOS), shown in red. In current plans, the Roman survey will be more than 1,000 times broader than Hubble’s. Roman will also explore more distant realms of space than most other telescopes have probed in previous efforts to study why the expansion of the universe is speeding up. 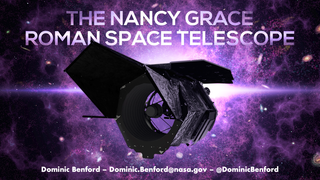