Visualizations by Andy Acuna Released on March 22, 1996
Download
Error Correlation between a material particle and all other grid points for September 6, 1992 to September 14, 1992 derived from CLAES and the GEOS-DAS 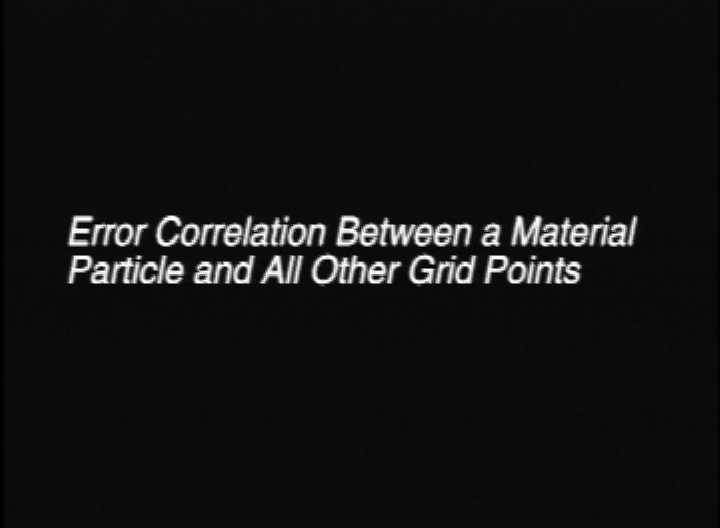 Download
Video slate image reads "Error Correlation between a material particle and all other grid points". 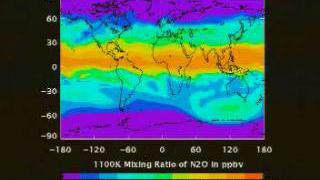