Visualizations by Andy Acuna Released on March 22, 1996
Download Options
Global N2O mixing ratio for September 6, 1992 to September 14, 1992 derived from CLAES and the GEOS-DAS 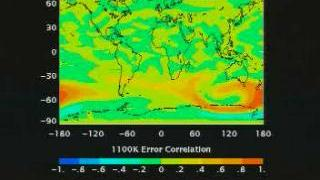 Model - NASA/GSFC GMAO - 1992/09/06-1992/09/14
view all stories where this data set is used
Note: While we identify the data sets used in these visualizations, we do not store any further details nor the data sets themselves on our site.