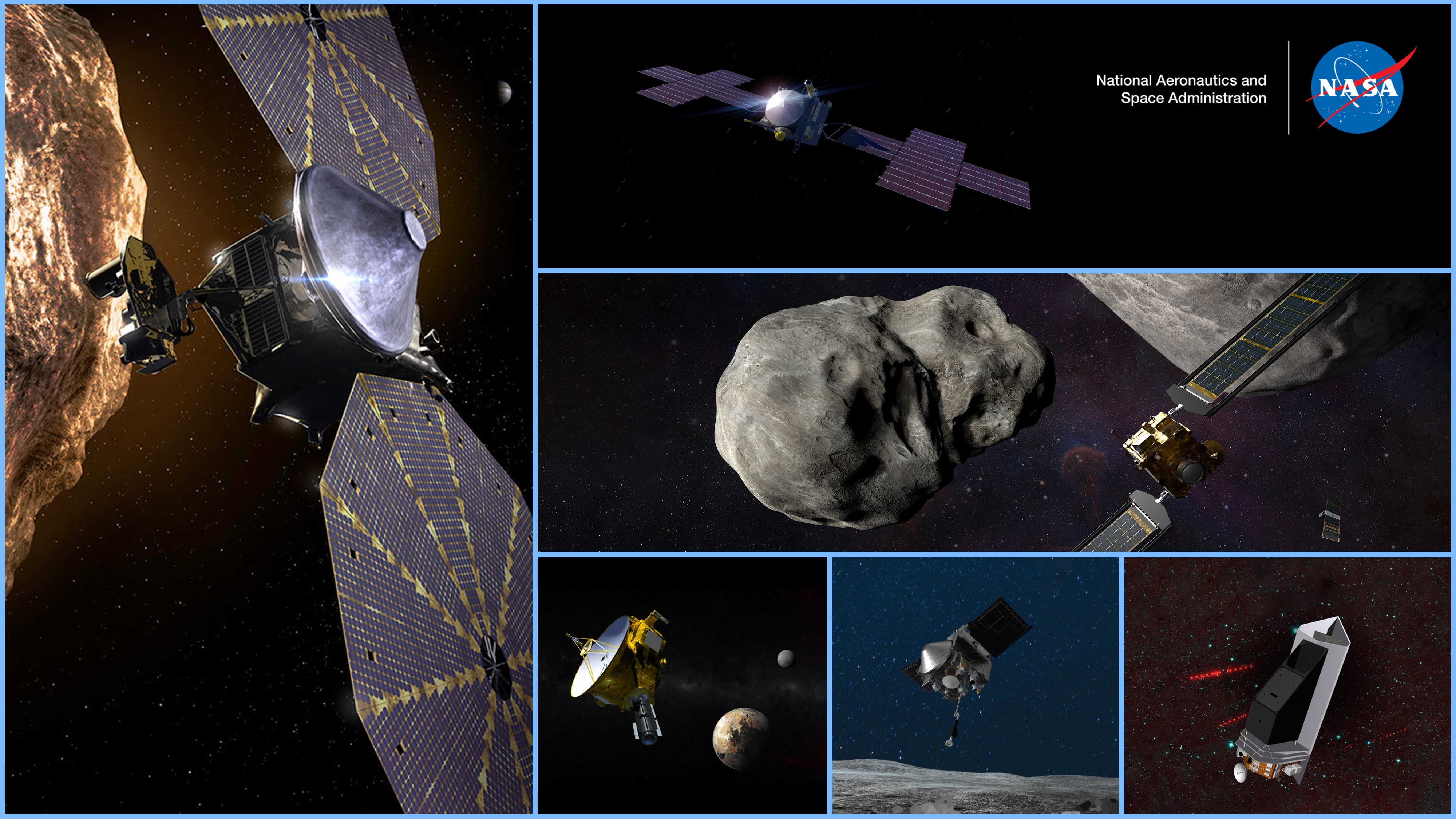 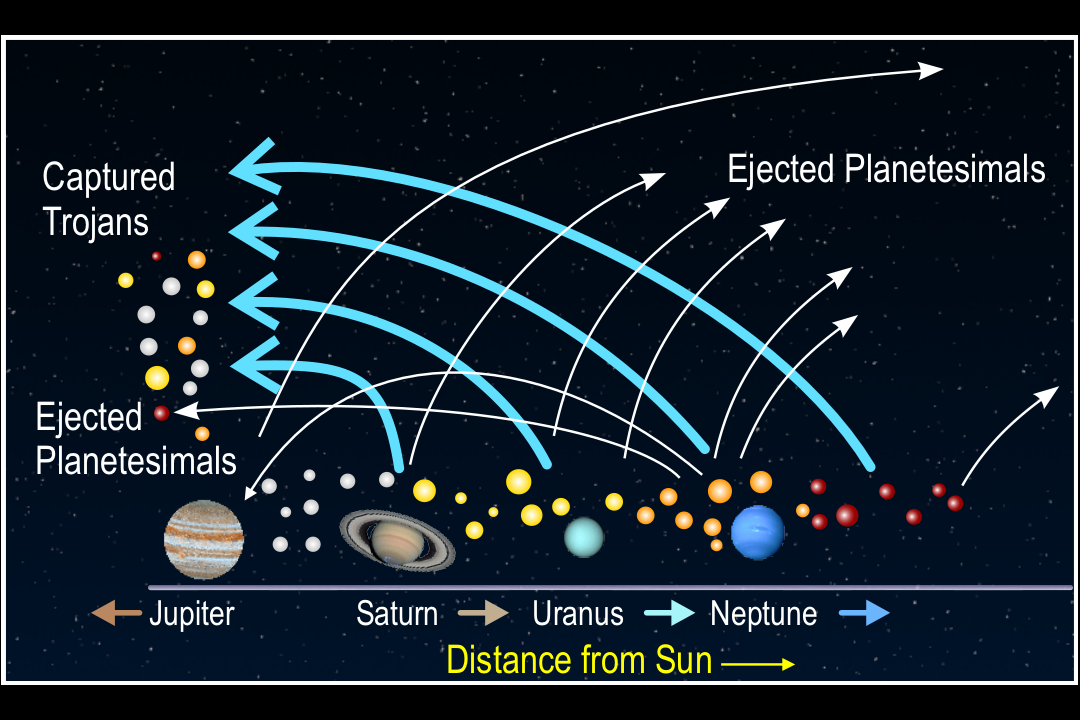 A depiction of how the Jupiter Trojan asteroids may have become trapped in their current orbits early in the Solar System due to the movement of the outer planets. 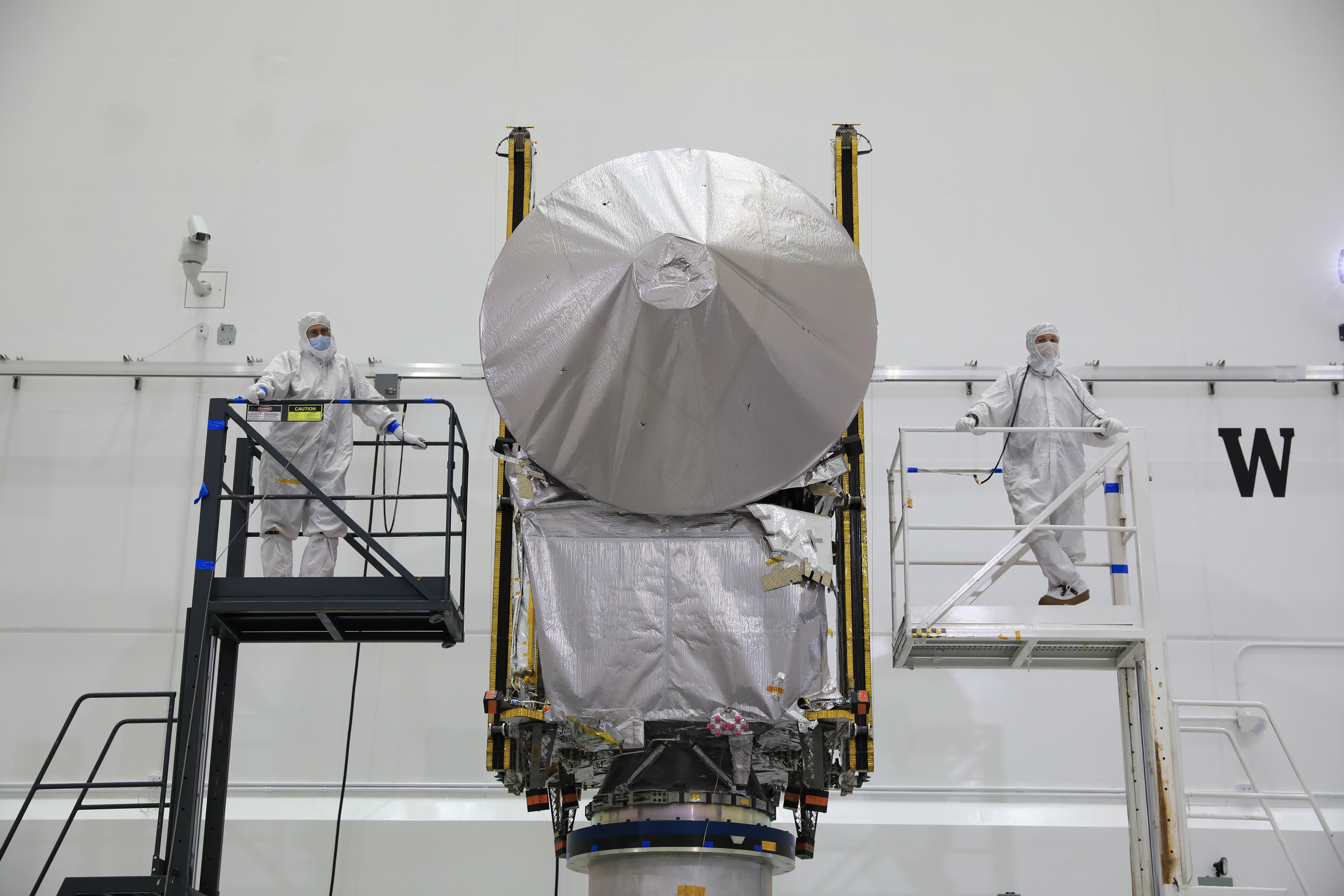 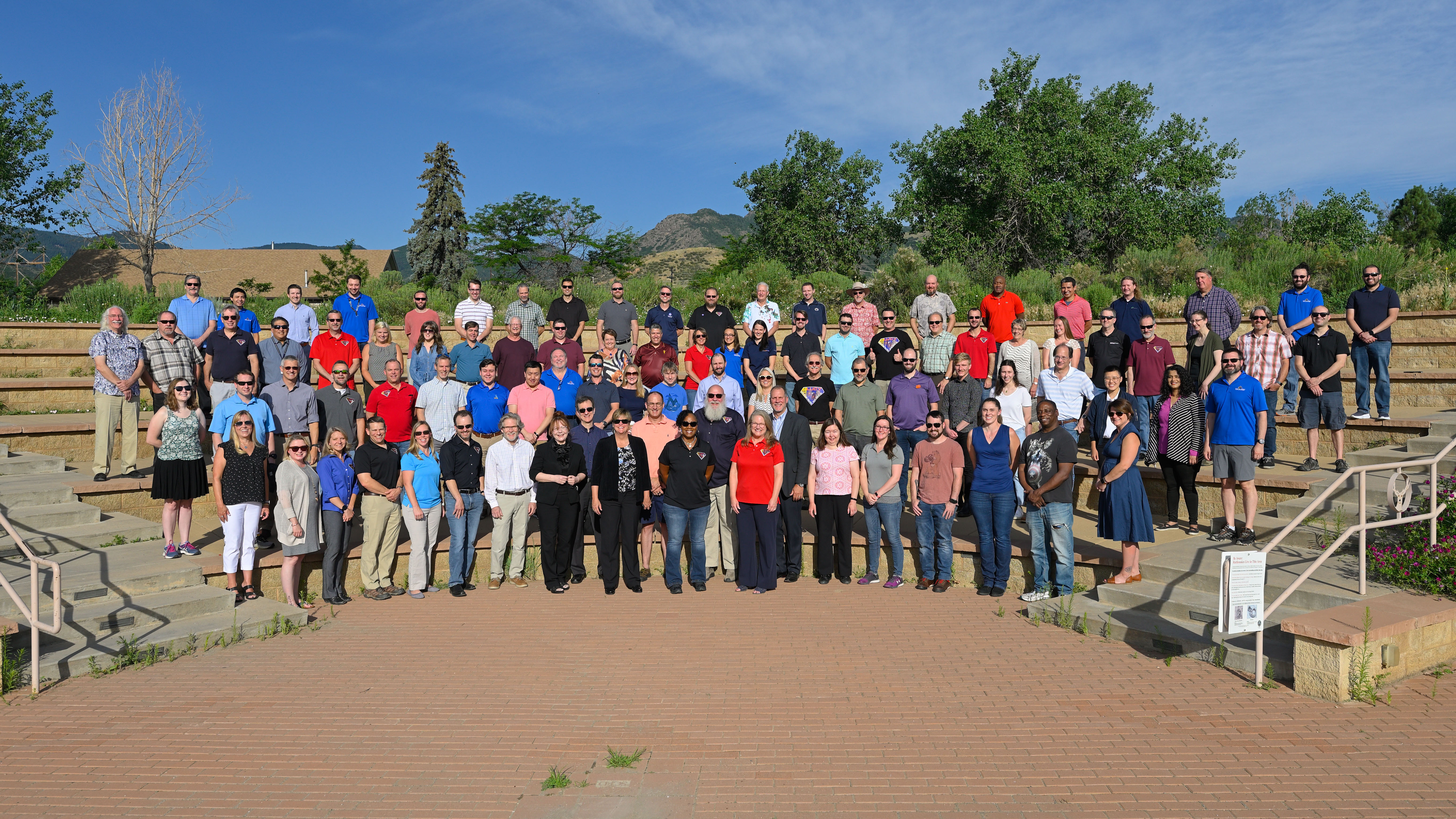 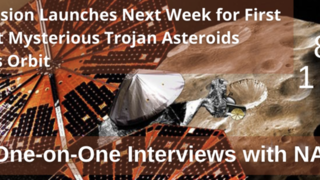